This collection has long been the reigning champ for its purely visceral lack of humanity. Extreme torture, extreme gore….it really doesn’t get much more bare bones than this. The trouble either is that the films are not that good. They are simply pieces for extreme sake only. Viewers often questioned if they were real just for the cold nature of these and how they were filmed. They’re not, but probably as close to comfort as you would be able to handle. “Flower of Flesh and Blood“ seems to be the standout offering, though the first of the series “The Devils Experiment” gets points for needless cruel ongoing torture. In any case …these are hell on earth for horror viewers and anyone for that matter. MORE ON THE SERIES 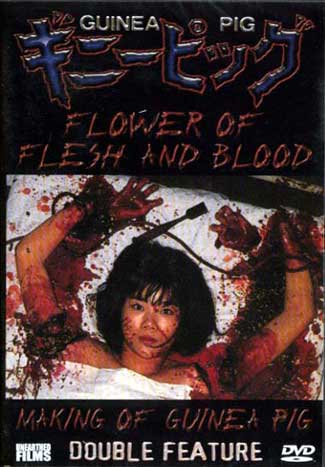 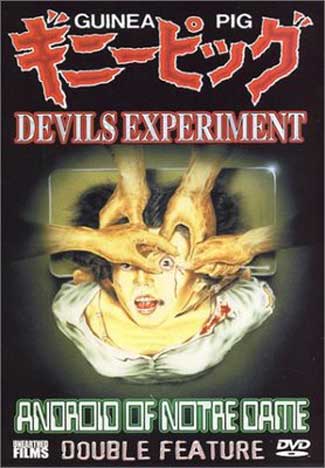 I don’t think anyone can view this film without the expected kneading in your stomach brought on by pure disgust. A film that takes advantage of the teenage torture scenario is best described in this small tidbit from wikipedia “The film focuses on four wealthy, corrupted fascist libertines in Benito Mussolini’s Italy in 1944 who kidnap a total of eighteen teenage boys and girls and subject them to four months of extreme violence, sadism, sexual and mental torture before finally executing them one by one. Salo is considered by some an art film and has received critical praise. Not technically a horror film, this film provides enough horror for any viewer. The level of torture these kids go thru makes this a one of kind unsettling entry. 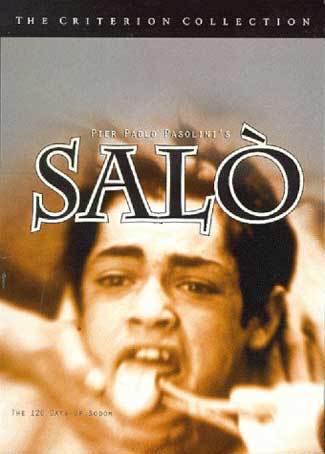 The film is numbing in some respects as it takes the same direction as “Momento”. A film that runs in reverse narrative. Though what makes this a strong contender is the excruciating 9 minute rape scene that transpires in the middle of the film. Rape in cinema is nothing new ….we’ve seen it time and time again. However, most viewers will be hard pressed not to feel the discomfort of the single unbroken shot that lies within this films belly. It will stay with you awhile. Add to that an opener scene where a man pummels a mans’ head in with a fire extinguisher to the point of destruction that is equally as jarring .. Irreversible, has long been a contender that is hard to be topped in these 2 scenes.

Unsettling….. is a the first word that comes to mind. This one has long held the reigns of disturbing screen magic. A real early contender that may have inspired the Blair Witch reality approach  is presented as a documentary. Though cannibals and tribe combined with curious American on-lookers just don’t add up to being very sensible. There are some gut wrenching horrific moments that include rape, cannibalism and well the 2 combined. The tribe lady on a stick is one of its most memorable scenes. 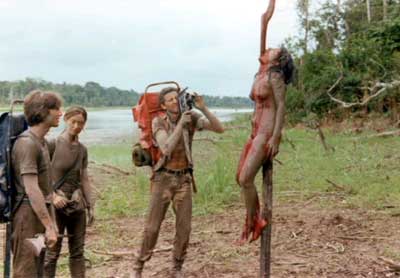 Quite simply a film that hits several lists at once in its presentation. Cited as one of the best horror films of 2008, Martyrs hits you in a number of different ways and still manage to keep you thinking long after. Who’d have thought that one of the disturbing entries would also tie itself into a religious context? Don’t know what I’m talking about? Then your in for a treat. What really excels here is the level of torture, violence and leftover residual that some of this films scenes leave you with. it’s those moments of unknowing that taunt us in its execution… Why, you ask, how you aks….and then a major…….. won’t that’s extreme….yep its got all them and still manages to really be a great film in its entirety. 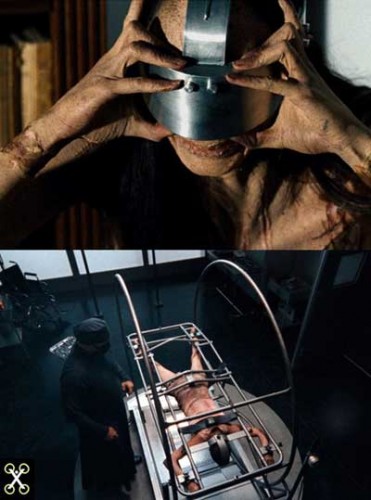 Hard to believe that the often much criticized Uwe Bolle has 2 entries into this category, though I have to stand firm on my reaction that these films fit the bill. The first is a recent film that actually stars Edward Furlong. 4 boys being held in a local jail cell per a new program. Prison films can get nasty for all the usual reasons but this one takes the cake in human torture and humiliation. Lets’ just say that one unlucky soul pisses off the other 3 which leaves us with plenty of time for them to provide payback. You wont be able to sit easily thru this one.

Yes, Uwe Bolle graced us with a pretty violent film. Though its the serial killers found footage that really sets the mark on the viewing experiences. A dog being tortured to death starts the gruesomeness, but for me it was the time lapse footage of his victims being starved to death on camera that really was a topper for this one. Uwe may have directed some clunkers but he certainly has the filmmakers rage to provide us some unsettling visions. Though a high point of disturbing for me was the 5 minute sequence of Seed smashing a ladies head in with a hammer, brutal stuff!

Grotesque is really a mix of emotions. Brilliant, disgusting, well written, sadistic and painful to your sense beyond belief. Now if you are like me when a film proclaims things like – “King of Japanese”, “Saw and Hostel were just appetizers”….etc You wonder if the marketing matches the reality. In this case I have to agree with the plugs. This is actually more brutal than Saw and Hostel combined. Yet somehow it also has bouts of tenderness and compassion. Imagine that ! At one point the on screen doctor proclaims “ I’m going to drive these nails into your nuts”…it will really hurt but if you surrender I torture the girl in your place. That is the rhythm of this film. Just when you thought you had it pegged on direction, you get a blast of something else. This is where the brilliance becomes in, The viewer becomes engaged even if you are compelled to look away. The range of emotional and human survival is unparallelled in the film’s progression. And while this review reveals a few things, there is alot more here that hasn’t been discussed. 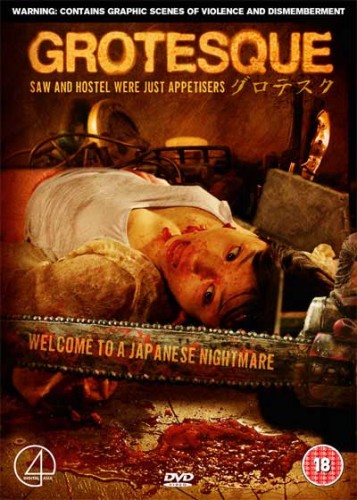 The film has already gained notoriety for its bizarre premise and on screen presentation of this horrific idea. The Human Centipede is a surgery experiment that grafts 3 victims mouths and ass holes into a walking centipede combination. You’ll just have to see it to get the gist. Its cold and merciless ending leaves a lingering horror that completes the package. 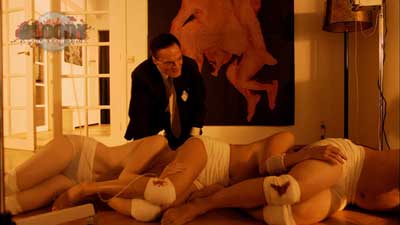 This one was banned in its own country for release. Per cinema verite the movie is shown thru the victims head cams. The premise continues to see a pig wearing masked man torture an mutilate its victims for the footage that is resold to underground markets. There is some really brutal almost senseless generous to this film that delivers not only in visual but leaving some of the acts to be imagined on there own. Quite unique and disturbing that really is not a must see for 90% of horror viewers. Reality concepts have certainly opened the door for more realistic sick and depraved films. This one embraces that notion. 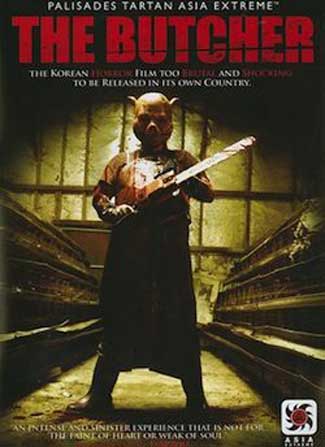