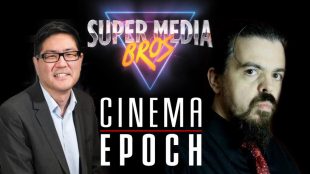 The Super Media Bros Podcast, the popular show that focuses on film and the upcoming movies to look for has just brought Geno McGahee (RISE OF THE SCARECROWS: HELL ON EARTH, SICKLE) and Gregory Hatanaka (SAMURAI COP 2: DEADLY VENGEANCE, MAD COWGIRL) onto their show and it was a window into the indie film business and the films that are coming soon from Cinema Epoch.

In 2015, SAMURAI COP 2: DEADLY VENGEANCE was released. Hatanaka discusses the long road to get to the finish line on the film and some of the behind the scene stories that show the difficulties and rewards of making an independent film. He also talks about the numerous productions that he’s been working on and is prepping for release.

McGahee discusses his latest production RISE OF THE SCARECROWS: HELL ON EARTH and its upcoming release along with AMITYVILLE COP, a film that he wrote and will be releasing later this year from CINEMA EPOCH.

The podcast is an interesting look into the behind the scenes goings on in the indie film business and a look at some highly-anticipated releases. 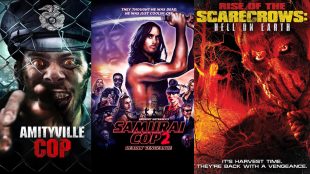