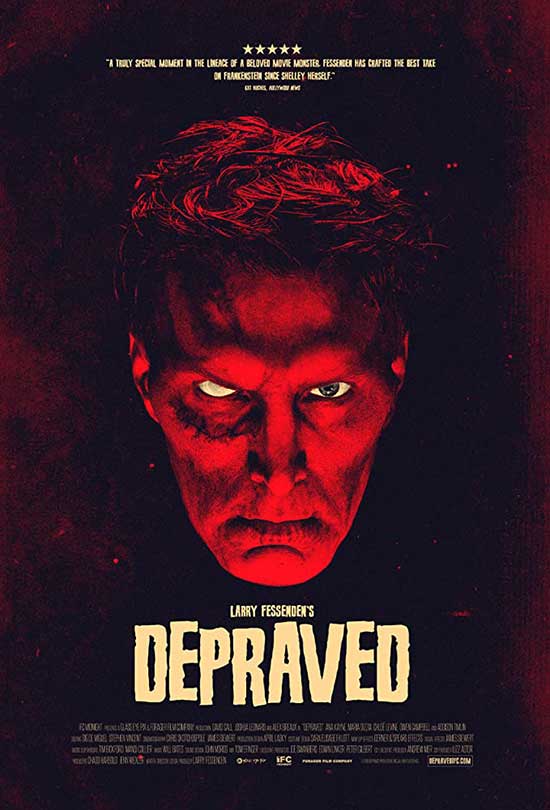 A disillusioned field surgeon suffering from PTSD makes a man out of body parts and brings him to life in a Brooklyn loft.

Other than the Dracula mythos, Frankenstein and his creation is probably one of the most used/referenced stories since Mary Shelley published the original work in 1818. It has been done on stage, radio, film, and TV in various incarnations and variations.

Do we really need another?

According to Larry Fessenden, we do. He might be right.

We start with a young couple in bed. Afterwards, still caught up in the bliss of sex, the woman compliments the young man by saying that he is sweet and would make a great dad. The guy freaks. They argue. Mainly him being a jackass, but in the end, she gives him his birthday present – a necklace with a charm attached.

Many blocks away, the guy realizes he was an ass and starts to text the woman a message telling her he loves her when a van pulls up. Out jumps a guy in dark clothes who stabs him to death and then throws the body into the van.

A body covered in wounds and stitches awakens on a table in a makeshift operating room. It rises from the table and examines itself in the mirror. He looks more dead than alive. Then the doctor who brought this patchwork of parts together discovers his creation is not only awake, but semi-functional.

The two begin a long process of training and learning. Adam, as the scar-covered person is called, fails to meet Doctor Henry’s expectation at first, but soon he masters basic functions. Their relationship shifts as Henry’s fiancé, Liz, and Henry’s manipulative business partner Polidori enter the picture.

While all of this is happening, Adam’s brain is remembering bits and pieces of his past and the pain of his lost former life starts changing how he views his world.

“Depraved” may not be the best title choice as it carries the tone of something far more vile and sinister than what we are offered. Not that some of the characters and their actions aren’t depraved, but we are talking on a dramatic level instead of a “let’s slaughter people!” level. 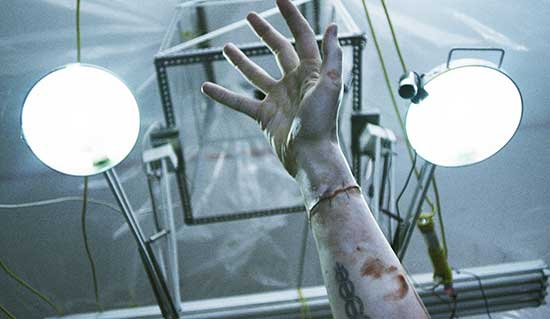 Still, the title does describe the actions of Henry and Polidori as they use Adam, without his knowledge and, later, against his will, as an object through which they attempt to work out their own mental issues. Henry suffers from guilty of not being able to save the lives of men he fought alongside in the Middle East; the guilt pushing him to create a way to bring life back to the dead. Polidori sees the whole venture as a way to peddle his snake oil remedies on the back of Henry’s research to make a killing in the pharmaceutical business.

While the film does justice to the original novel, as well as many of the classic Frankenstein film conventions, it turns the story into the strange tale of a man who had to die before he could learn from his mistakes. While the actions of others drive the plot, the meat of the tale is Adam’s awakening to who he was, who he is now, and what he has truly lost. 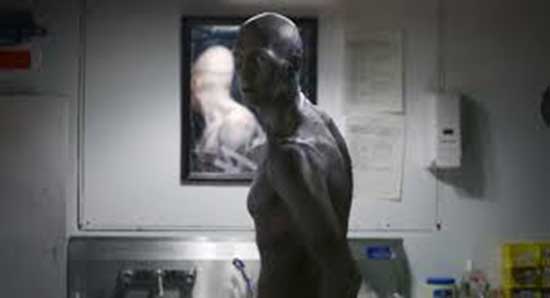 If you want graphic violence, there are a few gory moments, but the bulk of the film is a collection of character studies framed around one defining event. If you expect horror, the drama may detract from what few moments of shock and fright that do exist. Fessenden has a knack for taking odd topics and framing them as intriguing examinations of character interactions and motivations, and he does a fine job of taking an old tale and making it relatable to a wider audience.

Larry Fessenden, as writer/editor/producer/director, definitely is in full control with “Depraved”, but it should be noted that the entire cast does a masterful turn with the great roles they had. From Chloe Levine’s excellent decent from bliss into hurt and anguish to Joshua Leonard’s broad, ringmaster portrayal of Polidori, the performances keep the fantastical well grounded. 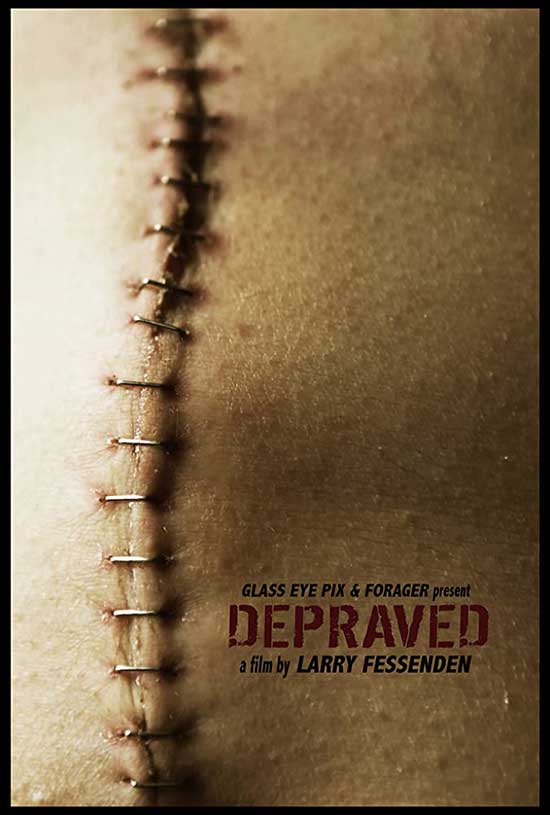 “Depraved” is worth a look if you want to see an interesting updating of the Frankenstein story. It’s also worth watching just to see how a tired idea can be done well, even on a smaller budget.