It begins here! The Golden Age of Horror: A brand new podcast about Universal Monster movies and Classic Horror films from the 30s, 40s and 50s featuring two contributors to HorrorNews.Net and Horror News Radio, Dave Dreher and Doc Rotten. The first episode features Dave’s favorite horror film from that era, Tod Browning’s Dracula (1931) featuring the great Bela Lugosi as the vampire Count. Jump aboard, join Dave and Doc and HorrorNews.Net as we take a trip back to the Vintage classics, revisiting the films, the actors and directors, the influences they have on modern cinema and how they shaped horror fans across the globe. What is your favorite scary film from The Golden Age of Horror?

Originally set to be a reunion for director Tod Browning and star Lon Chaney, Sr., Dracula is a film that started as a monumental epic from Universal producer Carl Laemmle, Jr. Sadly, Chaney succumbs to throat cancer before filming can begin and is replaced by the stage actor who played the title role on Broadway, Bela Lugosi. Edward Van Sloan signs on to play Van Helsing and David Manners is given the role of John Harker with Helen Chandler as Mina and Frances Dade as Lucy. Dwight Frye makes a lasting impression as Renfield driven mad by Dracula’s influence, eating flies, bugs and rats. His laugh alone is chilling. But it is Lugosi who owns the film and sets the film firmly into the halls of horror history.

Dave Dreher, the lead news writer for HorrorNews.Net, is joined by Doc Rotten from Monster Movie Podcast and the American Horror Story Fan podcast to begin a journey through the origins of terror cinema, the Golden Age of Horror. Starting off by concentrating on the Universal Films, the podcast will stretch out to cover other films of the 20s through the 50s such as The Fly, King Kong, The Uninvited, The Thing from Another World and House of Wax and many, many more. Both co-hosts are huge fans of the early films of the genre having watched the films when they were children in the age when Shock Theater was on weekend television, usually paired with a horror host and are both contributors to HorrorNews.Net and other online horror outlets.

Be sure to contact us with any questions, suggestions or reaction. Let us know what your favorite Universal Horror film is and what films you want the Golden Age of Horror to cover in future episodes. What is your most cherished memory with these classic films? What was the first Horror Film you watched? Or send us photos of your coolest horror collectible or memorabilia. As always, thanks for listening and welcome to the show. 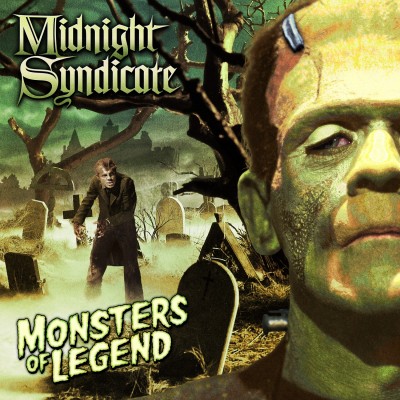 A very special thanks to Midnight Syndicate for allowing us to user their song “It’s Lives!” from their spectacular CD, The Monsters of Legend. It’s the perfect soundtrack for the life of any horror film fan, with 21 terrifying tracks. Check out the details at MidnightSyndicate.com – they even have a limited collector’s edition 12″ vinyl cut of it. You’ll love it!