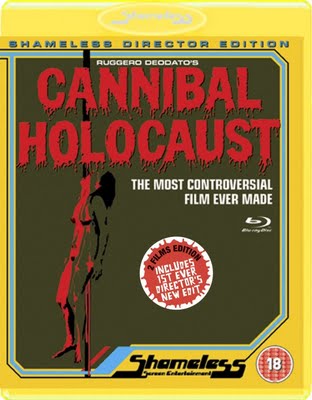 Censored in several countries for its gratuitous violence, this controversial faux documentary from director Ruggero Deodato presents footage from a team of New York University filmmakers mysteriously lost in the Amazon jungle. The film, allegedly recovered by Professor Harold Moore, reveals the deplorable treatment of a tribe of suspected South American cannibals and, ultimately, the fate of the crew that initially set out to film the natives.

I’m going to go in a slightly different direction with this review than I normally would because, to be honest, trying to review Cannibal Holocaust is a difficult task. As a reviewer you want to give the readers a basic grasp of the film without spoiling anything, but with a film like Cannibal Holocaust, it’s best seen without any kind of summary; although, I confess before I saw the film I did quite a bit of research on it, reading the about the film and its history. 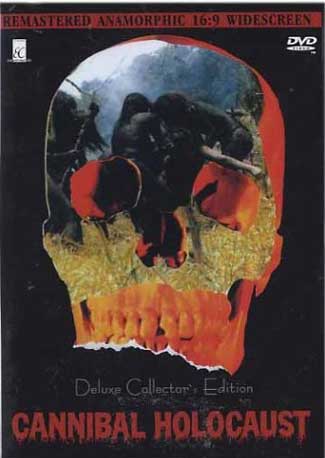 Knowing about it doesn’t lessen the impact the film has by any means, which is truly a testament to Ruggero Deodato’s skill as a film maker. No matter what you read or hear about this film, it doesn’t change the feeling of disgust that washes over you during certain scenes.

Remember when “The Blair Witch Project” came out and everyone thought it was so original? They ripped off Cannibal Holocaust. Cannibal Holocaust tells the story of Professor Monroe who is asked to go down into the Amazon to try to find Alan Yates and his team of documentarians who went missing some two months previously. Of course the team is dead and Monroe returns to New York with the footage which a local TV station plans on editing together as a final testament to Yates and his team. That is until Monroe demands they watch all of the footage, unedited.

The way this film is structured, with the clean 35mm shot main narrative and the 16mm shot “documentary” footage throws the viewer off and makes the recordings seem that much more realistic. In fact, almost all of the most violent and disturbing scenes take place in the “found footage” segments. The kind of disturbing scenes in store for those brave enough to watch this film: at least three or four separate rape scenes, a primitive abortion, multiple dismemberments, the on screen deaths of several real animals and of course cannibalism. 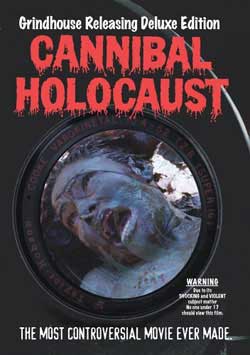 Now I’m sure you’re wondering what I meant when I said that there were real animals killed in this film, and there’s really no other way to explain it. Yes, real live animals were killed in the movie as part of the story. A spider is hacked to pieces in one scene, as is a snake. A monkey has the top of his head chopped off, and in what is most likely the most stomach turning scene in the entire movie, a large turtle is butchered with a machete. Of course, with the once living animals killed as part of the making of this film, the viewer begins to question if everything they are being presented is real.

I’ve seen Cannibal Holocaust four or five times in the three years I’ve owned it. It’s not an easy film to sit through, and not really something you can watch with everyone. Personally, the animals that were killed in the film were a bit unnecessary. However, according to various stories from members of the cast and crew, the animals were eaten after they had been killed, so at least in that way it wasn’t cruelty for the sake of cruelty. 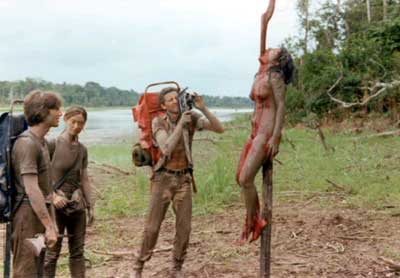 The violence in this film, against humans and animals, is down right vicious. The impalement scene is one of the greatest bits of special effects wizardry (that didn’t involve CGI) I’ve ever seen and despite knowing how it was achieved, I still can’t quite make it work out in my head.

Now I’m sure some are now convinced that Cannibal Holocaust has earned its notoriety through violence and disturbing content alone, but there are tangible questions asked by this film that often go unnoticed by most that see the film: questions about superiority, about what is sacred, about what a savage really is. I think one of my favorite lines from the film comes from one of the TV station producers when she tells Prof. Monroe with regard to audiences “The more you rape their senses, the more they enjoy it.” 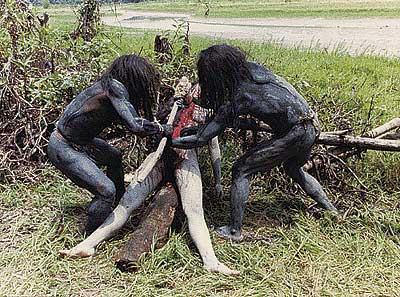 Cannibal Holocaust was released in the US in 1984, after a long legal battle with the Italian government who seized the film at its Milan premier in 1980. Deadato faced possible prison time for the film because they believed he’d killed his actors. Of course he tracked them all down and they came to court to prove that the film was just fantasy, but it proved that Cannibal Holocaust was more than just the average cannibal grindhouse attraction. Yes, there is extreme violence and gore present throughout the film, but it walks the fine line of reality and fantasy in a way that the “Blair Witch” failed to do almost 20 years later. 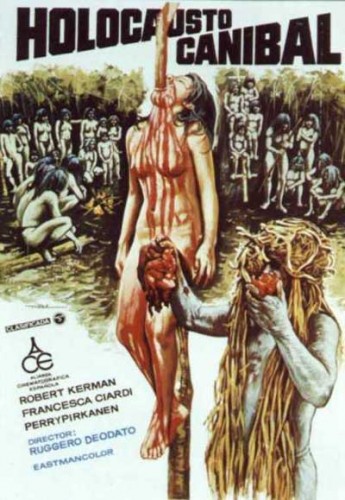 This isn’t a film for every horror fan. I’m willing to say it’s not a film for most horror fans. This is a film that requires an open mind and a strong stomach. Many who see this film focus on one part of it and proceed to either sing its praises or vilify it for the single piece they’ve chosen to latch on to. 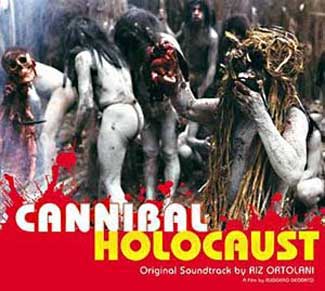 I see the film as an achievement, both for the horror genre and for cinema in general. Cannibal Holocaust and Ruggero Deodato are icons in both Cinema and Horror that I don’t believe will ever be matched or replaced.

Cannibal Holocaust has just been released on bluray per ShamlessScreen Entertainment