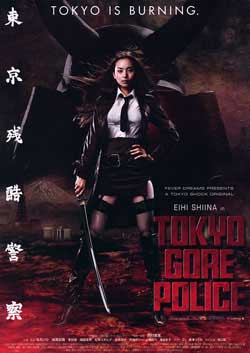 When a crazed scientist called Key Man develops a virus that causes humans to mutate, samurai sword-wielding cop Ruka is called in to annihilate the unnatural creatures. Can Ruka wipe out the mutations and stop Key Man before the virus takes over humanity? Little does Ruka know, though, that the slaying of her father years before means she shares a hidden bond with her nemesis. Yoshihiro Nishimura’s fast-paced gorefest stars Eihi Shiina, Itsuji Itao and Shôko Nakahara.

It a parade of bloodshed, a festival of gore, samurai action, modern sci-fi mixed with campy over the top heroics and creepy characters popping in left and right. Yes you got it folks! Tokyo Gore Police is here! I knew from within the first 10 minutes what kind of film this was going to be and that this would be a keeper in the maniacal Asian horror film library. It’s funny because as viewers we have gotten to the point where we have seen most of everything and yet still get bothered by little things in movies. When you throw everything at the screen within the first few minutes it somehow seems less impacting than a slow build up to gory outcomes. Lets get one thing straight, if you’ve seen the film “Starship Troopers”with its over the top slice, chop, beheading and body parts flying then you should do fine with this film. Why? Because when violence is combined with camp, ninja pyrotechnics, and absurdities it comes across lighter due to its ability to not take itself so seriously. 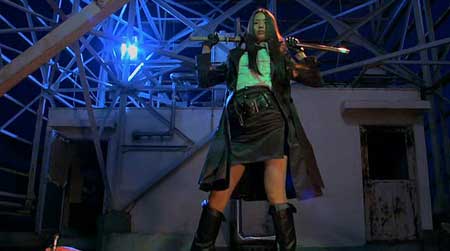 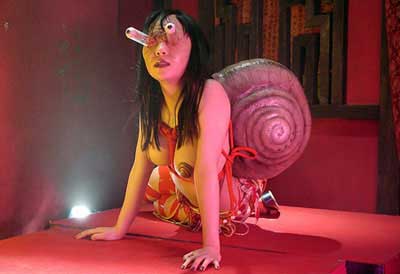 So you are due for some up front training. Our setting is the future of Tokyo where violence has run rampent and the Police are the defenders. A new breed of bad guys has been popping up all over town. These villains are called “engineers”. Basically they are serial killer types modified per way of a strange key looking abnormality which enable them to produce weapons of violence from dismembered body parts. Yep you heard it correct! Chop off an arm and a crazy chainsaw grows right out where the limb was …pretty cool! Each killer has there own unqiue weapon growth. Tokyo Gore Police are the enforcers who guard the city and take these criminals head on. Some of the force are specialists who call themselves “Engineer hunters”. 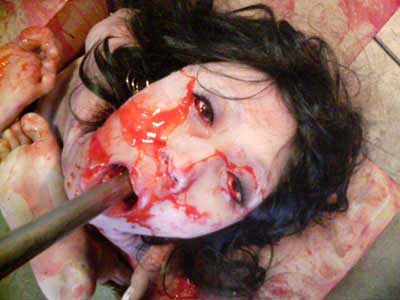 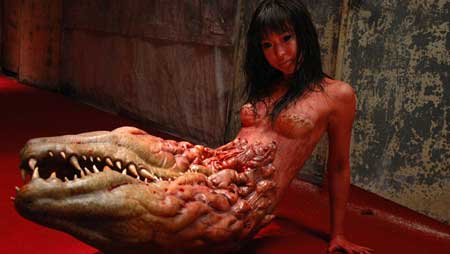 Our specialist and movie focus goes by the name of Ruka, who is a young beautiful passive aggressively trained warrior. Rescued by the police after seeing here father murdered at an early age, she was taken in and trained by the chief of police. Now she’s an unstoppable force complete with razor fast moves per aid of her sharpened sword and cold hearted ability to tear all opposers to pieces.

TGP is much like a gory circus of eye candy. There are so many surprises along the way, that the imaginative basis is mind boggling. To name a few we have a girl who becomes an alligator from the waste down, another who sprays acid from her breasts, another who has attached swords to her severed limbs and even a villain who can shoot claws from guns mounted in his eye sockets. That’s only getting started. To bring some clarity. The head engineer , a brillaint scientist has designed a special modified virus that contains a collection of serial killer DNA. After injecting himself due to a need for revenge he goes insane till the devil himself gives him the engineer prototype in which he duplicates to create an army of freaks and killers. The organ piece resembles a key that is implanted into people by the engineer. Crazy huh? Wait till you see the local freak show hangout! Not only is it a travesty of eroticism and deformity it’s a walking sideshow. 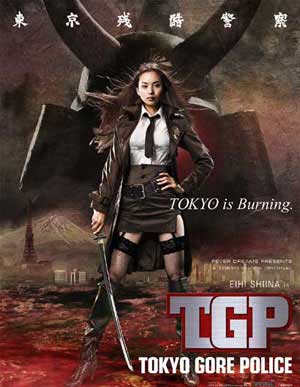 You’ll just have to watch it to get the gist. What else?? Um, a man who gets his penis bitten off turned “engineer” in which a new one grows out 6 feet long and shoots bullets, A technician with a dis membered hand shooting machine gun and a lady with a man-eating snake for a hand. There’s plenty more where that came from.

Another nice touch was the lunacy of themes shown through absurd TV commercials signaling that you weren’t in Kansas anymore. Some include colored designer razors for cutting your wrists, police commercials killing folks on screen to recruit young kids and campy ads showing extreme violence with commercial overtones. 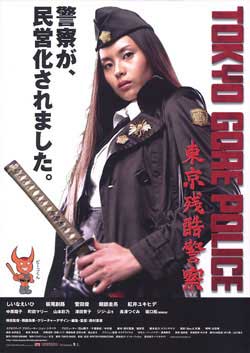 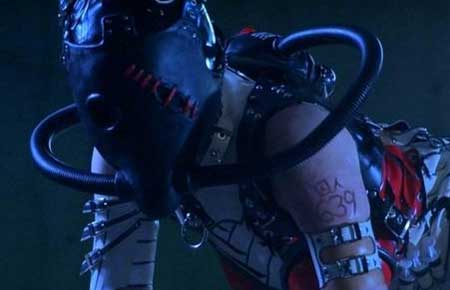 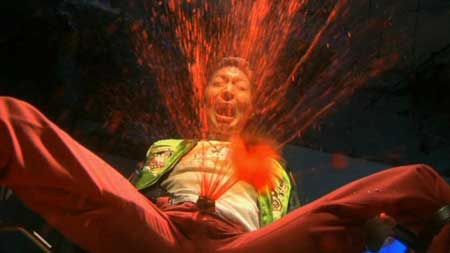 When you get past the circus, what this film comes down to a basic struggle of good and evil and the turning of the coins. Ruka finds that her whole life was a lie and that everything is not what it’s seemed. Good turns to bad and the defenders who are supposed to uphold become the villains. Ruka who’s heart is true…sets out to rectify past wrongs and make right by eliminating all who stand in her way. Somewhere under the surface of this crazy film is a message of justice.

I can’t say enough about this film, I loved every bit of it! Not only was it non stop action it contained some the most off the wall over the top craziness I’ve seen this year or any year for that matter. It’s Asian extreme at its extreme but done in a way that highly entertaining and truly original. A perfect 10 for gore-enthusiasts and an Asian winner hands down. I guarantee you haven’t seen anything like it!