Extreme Cinema: Top 25 Most Disturbing Films of All Time – part1

“When you look into an abyss, the abyss also looks into you.” – Nietzsche. 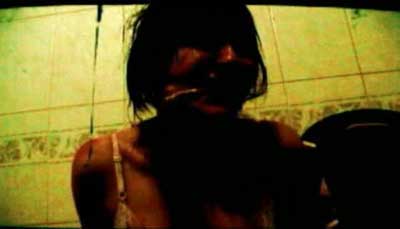 Disclaimer: The fictional films mentioned in this list range in  just about every twisted perversion imaginable. They should only be viewed by adults with strong stomachs and minds. They ARE NOT intended for minors.

INTRODUCTION:
This is list has taken some time to compile in a way that I feel is accurate. Partly because I don’t believe you can create a “top 25 list of most disturbing films” without really seeing enough of them to extract a proper analysis of what falls into the unsettling & disturbing categories. With that said, I held off until I had a chance to properly review more titles.

There is also the issue of what is really obtainable to interested viewers. Sadly, many of the more hardcore extreme films are only obtainable by bootleg, overseas vendors, or shared collectives. Because of that, it may be some time before viewers can experience many of them first hand.  As per the opening quote, when you start digging into the abyss, you’ll  discover that there are more titles waiting that dare to push the envelope even further. On that note, the content kept getting darker, more extreme, more disgusting and more imaginatively perverse.

Horror and p*rn are rapidly merging into something of their own. No, not the “horror p*rn” term that we throw around so anxiously these days, but serious acts of J-sploitation, Gomorrahy and various underground mayhem.

Had I gone too far? Perhaps, though a portion of these titles “need” to be mentioned. When is horror not horror anymore and just plain sinful? Or is there really a limit to the atrocities?

These movies are all fiction. So while it should be noted that many utilize various forms of “imitation snuff”, they do require the use of some pretty clever FX and prop specialists.

Keep in mind the purpose of these are “shock value and exploitation”. Just as quick as you can say, “hey I’ve got a film for you, you’ve never seen anything like this”, It should be mentioned that the foundation of underground cinema is a fan base that yearns for the next twisted movie experience.

Disturbing is subjective …..though these were picked for their ability to stick to your psyche long after the credits roll. Also as the theme of disturbing has rolled out like a river in the independent circuit, a certain level of proper production value was taken into consideration so that we don’t get lost in cheap productions that ran to the frontline’s with sick ideas.

On the most part, Zombie films have been excluded, as while flesh eating is nasty …I think we’ve become immune to zombie shenanigans. Films like Exorcist & Omen might be more partial to scariness than most disturbing.  Drug films …I pass on those for this list ( Don’t do drugs!!!!- simple enough)..and cult films like “Clockwork Orange“ & “Eraserhead“ fall into the weirder …um cult category more than anything. So while the term disturbing is subjective as well, I think from this list people will get the meaning in this case.

The Asian, Spanish & French cultures in alot of instances take the reign on disturbing content. Alot of these titles are not common knowledge and even available for purchase or rent. So this presents a problem in the sense if the end result is suggesting the viewers actually get a chance to take your word for it. With that being said, I’ve come to a list that I feel are all worthy of being in the most disturbing category and still obtainable on most levels. CAT 3 films are usually obtained per specialty sites and quite a few are now even available on amazon.

The disturbing portion refers more to the unsettling nature of those that gets under your skin. There are hundreds of rape, incest, dismembering, torture, cannibalistic and violence films that have been made, but those that stick to your gut because of their cinematic experiences are the ones I’ve chosen for this list. I hope to provide a more focused Asian list at some point into the future, as there are several titles categorized under CAT III that are all worthy of disturbing viewing sessions. Keep in mind this list doesn’t represent ALL of the most unsettling films ever made but it does call out 25 really intense ones that most folks should avoid for fear of hell induced visuals hammering your brain!

As you will see past the top 25 list, these additional disturbing films made the decision making very difficult. If you like these then stay tuned for more selections at a later time:

The list is a compilation and not a ranking order:

As nasty as these all are, they are all pure fiction for the benefit of cinematic experiences. Releases that showcase “real” acts of execution and torture were not considered for this list. “Faces of Death” were first presented as real, then later revealed as re-inactments…hich either way are not the style of cinema we chose for this list. Though you can obtain a few titles in that category. Brain Damage  offers a few of these. a couple titles include “Traces of Death” and the extremely vicious (real footage) “Banned in America“, which features 5 mentally damaging volumes.

Other retailers which off a few of the hard to come titles in this list include Synapse Films which include in their catalog some previously lost but wicked Asian and underground titles. Header is a newer entry into the realms of depraved. Several vicious Asian releases also will more than fit the bill. Also just out on the market is the film “Graphic Sexual Horror“ which is more of a behind the scenes documentary of a site who specialized in perversion.

Kings of the depraved Unearthed films, have a number of disturbing titles on hand and more on future release. All the Guinea Pig releases are here and a whole mix of other titles that have made the list. In addition I was intrigued by the titles listed as future releases which have long been largely unobtainable.

More J-sploitation goodness per this link