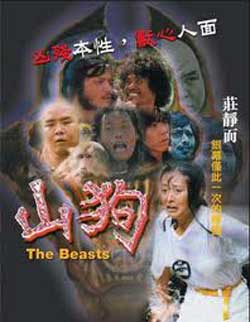 A father seeks from a gang of thugs who raped his daughter and murdered his son.

While The Beasts (Shan Kou) has been marketed as a Hong Kong version of The Texas Chainsaw Massacre (1974) and/or The Hills Have Eyes (1977) it is in fact much closer in feel and structure to the rape-revenge film – most notably I Spit On Your Grave, although it bears similarities with Ingmar Bergman’s The Virgin Spring (1960) and Wes Craven’s The Last House on the Left (1972), as in both films it is the father/parents who commit the revenge rather than the female victim turned avenger. Interestingly enough for what is sometimes considered to be a Category III film, The Beasts of Shan Kou is decidedly tamer than any of the other films cited – whether there is a more explicit cut available seems to be a matter of debate and as such unverifiable. What this does mean, is there is little voyeuristic attention paid to the ‘rape’ itself, or indeed the brutality of it, unlike comparable films such as the aforementioned I Spit on Your Grave. 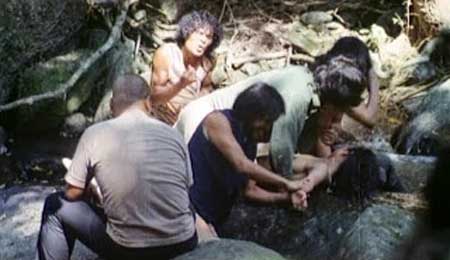 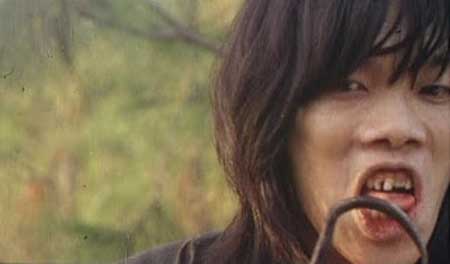 As such, it also does not fetishize the violated victim situating her as an object of male desire (scenes of violation) or fear (scenes of metaphorical/literal castration). Instead the film deals in detail with the consequences of the rape on the fragile psyche of the innocent and naïve Ling, who carries around with her a pink panther toy – and yes, there is plenty of product placement here – as she descends into madness, ending up incarcerated by the white padded walls of the room at the hospital, a room that she will never leave – as such the dialectics of redemption in the more typical rape-revenge film is eschewed for a narrative of trauma which cannot be overcome. 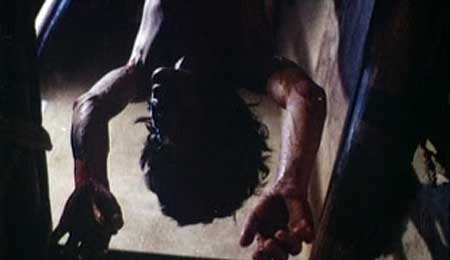 Articulating ‘urbaniod’ fears – that is the countryside representing a primal threat to the perceived civility of the city – The Beasts of Shan Kou constructs a male grouping – or ‘brethren’ as they call themselves – that is typical of the rape-revenge genre. They are disenfranchised men, with no ties to the community, and for whom violence functions as a reaffirmation of their [lost] masculinity While the leader of the group, Mo, is all aggressive and assertive masculinity, this is juxtaposed with the intellectually disabled Wo who while physically bigger, is unable to act of his own violation – indeed we are led to believe that Wo has been physically abused by the other men in the group for most of his life. However unlike similar men in rape-revenge films, Wo does not participate in the rape or terrorization of the youthful group from the city. Indeed, he insists on his innocence when the father takes vengeance repeatedly stating that it was ‘None of my business.’ Interestingly, this theme of the responsibility of those who watch and don’t participate is very much ahead of its time especially as the narrative refuses to absolve Mo from responsibility. Indeed The Beasts of Shan Kou suggests that Mo’s history of being abused and/or his inability to participate in the attacks is no excuse for his refusal to accept his complicity in the said actions which predates the appearance of a similar theme in mainstream rape-revenge cinema. 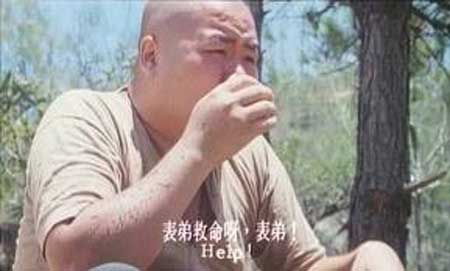 The Beasts (Shan Kou) is an interesting addition to the rape-revenge film, especially as most histories of the genre have concentrated on Western cinema and constructed a linear trajectory from abused victim to female avenger in line with corresponding socio-political developments including second-wave feminism. The film is not as straightforward as perhaps the preceding reading has suggested. The contrast between the city and the country is not a binary distinction, as we are shown the young campers enjoying the freedom of the countryside – listening and dancing to the latest ‘Western’ music including songs by Supertramp and the Police, drinking and having fun. However while the intrusion into the habitat of the primal male grouping is accidental, the consequences are horrific. 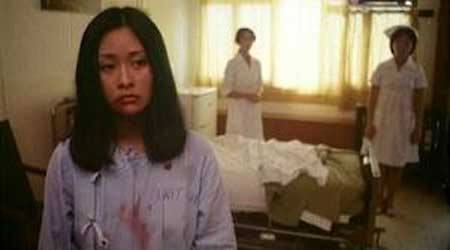 Not only is Ling brutally raped, but her brother Wah is killed when he tries to avenge her honour. While the rape scene itself is not notable – and I am not suggesting this is a bad thing at all – the scenes of vengeance are nicely done and the methods used extremely inventive including a handcrafted box with nails protruding in it which functions as medieval torture tool which is dropped onto the head of Ko, and live snakes stuffed down the trousers of the appropriately named ‘Snake’. The editing could have been tighter, and the vengeance scenes bloodier – much happens off camera and in shadow – but overall The Beasts (Shan Kou) has a great deal to offer both at the textual and sub-textual levels.