13- Jennifer Eight (1992)
This is one of those classic serial killer films that came earlier than the others. A serial killer of blind girls, now there’s an interesting concept. This film was an earlier role for Uma Thurman who played the blind girl Helana Robertson. I  believe this film brought her name into higher acting circles that attracted roles such as in Pulp Fiction. A different concept that worked placing this film among The greats of serial killer genre movies. 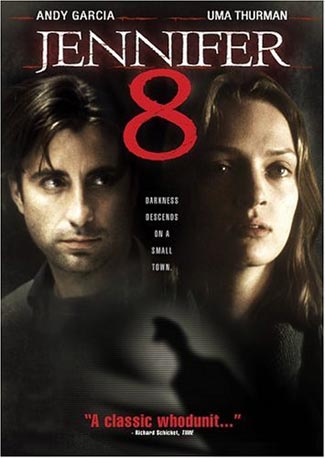 14- Suspect Zero (2004)
A serial killer who kills serial killers? Well that can’t be all that bad. A clever plot line, a nice play on assumptions….Ben Kingsley is in it too. As Benjamin O’Ryan he is hard to beat! 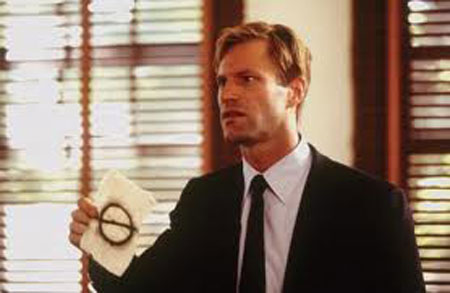 15- The Hideaway (1995)
Another lost gem, that mixes science, hell and serial killing. Vassago played by a younger Jeremy Sisto is brought back to life after committing suicide in a Satanic ritual. Though his return brings back an evil soul that goes on a psychopathic killing spree. An interesting cast in this one…but don’t forget the tower of bones that comes later.. 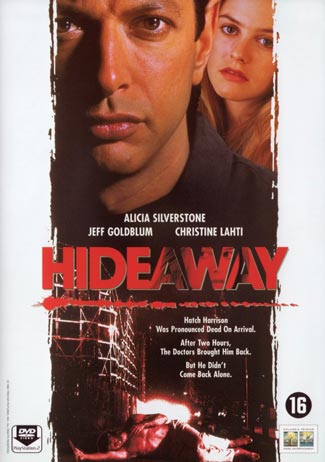 16- Kalifornia  (1993)
This film has been around for quite some time. In fact it’s got a cult following of its own. Though the highlight is discovering Brad Pitt to be a serial killer, kind of changes perspectives, eh? Early Grayce, you wont want to forget that name in this really cool serial, meets wacky edge thriller. 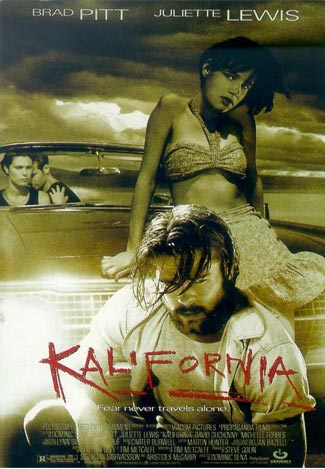 17- Frailty (2001)
A man confesses to an FBI agent his family’s story of how his religious fanatic father’s visions lead to a series of murders to destroy supposed “demons. This film takes a welcome approach to both religion, serial killing and a twist of premise. A fantastic entry into the serial hall of fame…lets not forget it stars Bill Paxton, Matthew McConaughey and Powers Boothe. 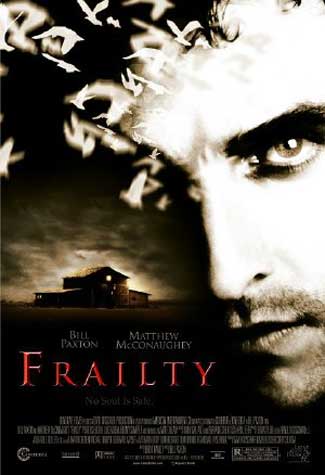 18- The Ugly (1997)
A recommended pick for those who are looking for cutout-bin gems. I had seen this film early on and really liked it. It uses supernatural elements, though only from “his” own perspective making it a creepy experience. For awhile, this movie had to be ordered to be obtained. Then someone decided to release it into $5 bargain bins. A personal favorite that deserves a few viewings.

“A female psychologist wants to understand the minds of a confessed serial killer who spent the last five years in a mental hospital because of his state.” 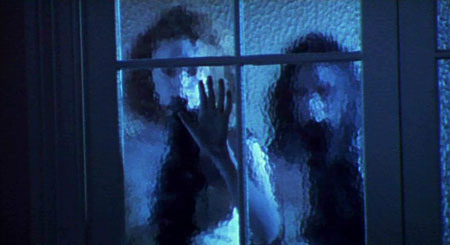 19- Identity (2003)
A great cast of actors, a worthy serial killer model, and a twilight zone sort of mind screw made this movie a very original piece of work. The end reveal is a brilliant way of wrapping up a movie and culminating on the “this is what was happening” resolve.

Stranded at a desolate Nevada motel during a nasty rainstorm, ten strangers become acquainted with each other when they realize that they’re being killed off one by one. 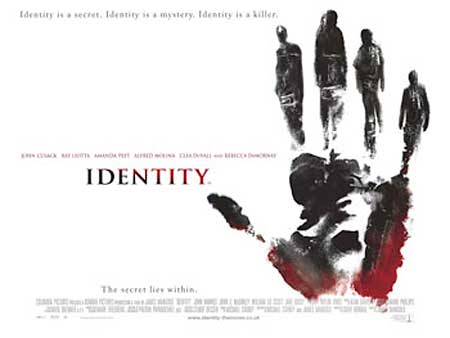 20- I Saw the Devil (2010)
Kyung-chul is one sick fella. His killing spree is unrelenting, without real cause of purpose making him more of a serial madman. The unique strategy here is the conflict and relationship between the protagonist Dae-hoon (Byung-hun Lee) and antagonist Kyung-chul (Min-sik Choi). It is also a flip on roles at times which makes this a great film without question. 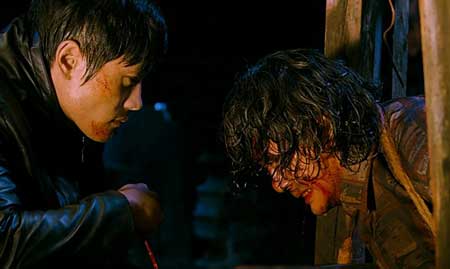 21- The Last Horror Movie (2003)
Certainly not the last horror movie. Some early cinema verite that combines slasher genre as well. There is an eeriness in it that plays out on screen. You’ll know once you watch it. It cuts pretty close to home and questions your own perspective on being a horror viewer. A brilliant, if I must say, take on this kind of material. Where ever this disappeared to……… needs to see it gets into viewers hands. 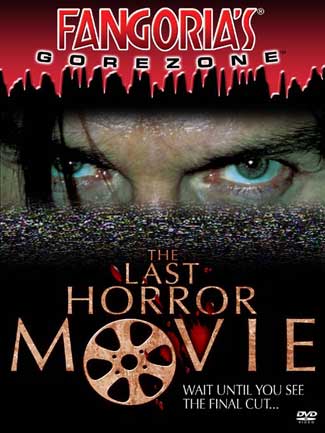 22- Kiss the Girls (1997)
Kiss the Girls gets the distinction of being one of the post seven classics. In fact released 2 years after in 1997.Cary Elwes can be a really creepy guy. This movie pretty much aligned him up to a role that I thought fit. As we find, he collects women and keeps them locked up in rooms.  Though he also eventually kills them off. One of his bunch escapes which leads the whole thing to his lair. Not fantastic but still somehow memorable from this brat pack bunch of serial films.

23- Parasomnia (2008)
Byron Volpe (Patrick Kilpatrick) fulfills his role of serial killing quite nicely. Parasomnia sufferer Laura Baxter provides a change of pace in serial to victim relationship.  Volpe brings his talent as a master hypnotist making his eyes just as lethal as his intentions. The movie progresses into a crossover in dream land in which Volpe tries to invade Laura’s world. A rather unique film that is easily at the top of my list. 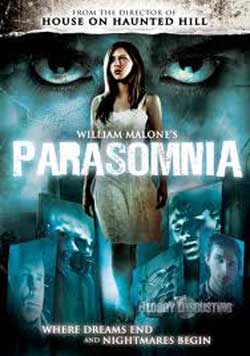 24- Nightbreed (1990)
Not a likely serial killer film, and more absent from lists than anything. Though beyond all the monsters in the graveyard and creatures below the surface, it’s often forgotten what a wonderfully bizarre and creepy serial killer that David Cronenberg is when he dons his mask for Dr. Philip K. Decker. With that in mind, this film runs the course of 2 subplots…a monster community and a human monster who wears mask to become one.

25- Strangeland (1998)
Not sure what it is about this film, but most women I’ve met tend to love this movie. Dee Snider is a pretty creepy guy to begin with, so adding him to a movie character intent on killing and collecting is not a big stretch. Still to this day, he struggles with getting his sequel follow up to get made by Hollywood. Not sure if that’s gonna happen, but hey, this movie got a theatre run which is more than some of these film got. 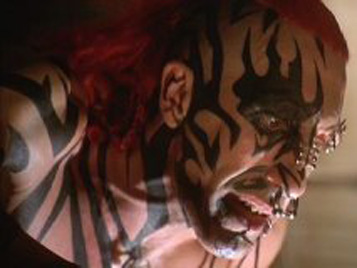 Special Mention: Psycho (1960)
While Psycho has never been a film I’ve wanted to see more than once, It still is iconic for its time. While NOT a favorite of mine, Psycho still deserves respect for its contribution to the serial killer horror genre. Norman Bates has issues indeed, some of which involve cross dressing. I actually like the series “Bates Motel” much better….just saying………..