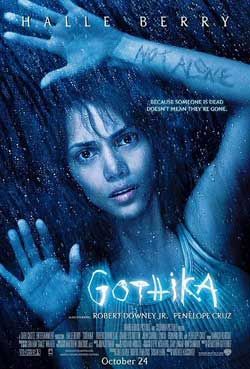 Ghost story in which a repressed female psychiatrist wakes up as a patient in the very asylum where she worked with no memory of why she is there and what she has done.

All of the right ingredients are present in the movie Gothika, making it a treat for any lover of thrillers or horrors. We’ve got a sinister mental institution. We’ve got perpetually gloomy weather. We’ve got plenty of super hot crazy chicks (erm, Halle Berry and Penelope Cruz anyone!). We are even spoilt rotten with both a creepy ghost element to the film, as well as a rapist/murderer element, so that just about every base is covered. Recently, the film The Pact attempted to do this very same thing, the result of which was a pretty dire, but I thought that Gothika was handled perfectly. The mixture of the two made Gothika twice as exciting to watch and twice as unpredictable. 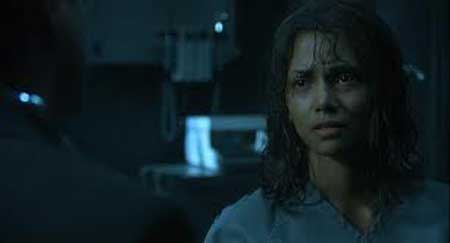 The audience is taken on this journey to uncovering the mystery of how a respected and esteemed psychiatrist, Miranda Grey (played by Halle Berry), ended up on the other side of the bars, accused of murdering her husband (who was also a psychiatrist). She fails to remember what exactly happened on the night of the attack (despite desperate pleas from fellow colleague, Robert Downey Jr), but slowly comes to realise that she had a vision of a girl that evening. A girl who turns out to have died several years ago in fact! This girl wants her help, but with Miranda being stuck in a mental institution and presumed to be unstable and potentially aggressive, she is in no position to do anything. Miranda begins to get more acquainted to fellow inmate, Penelope Cruz, finding sympathy with her that she never before experienced as a coldly objective psychiatrist. Eventually, Miranda gets the opportunities to put the pieces of this puzzle together, ending in some rather startling revelations that I for one certainly didn’t see coming. 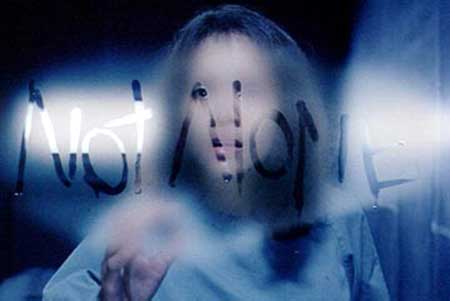 Directed by Mathieu Kassovitz who is a famous French director – anyone heard of a little film called La Haine before? Yep, that’s him. When he was asked what drew him to direct the film Gothika, he jokily responded, ‘Halle Berry. How can you not be attracted to Halle Berry?’ Despite his expert direction, the Gothika production was not entirely without incident. There was a scene where Robert Downey Jr. accidentally broke Halle Berry’s arm by grabbing it too hard. This resulted in the production being halted for eight weeks, which, though it initially sounded like a disaster, gave Mathieu Kassovitz and the crew time to do extra prep-work for the later, more ‘scarier’ scenes. 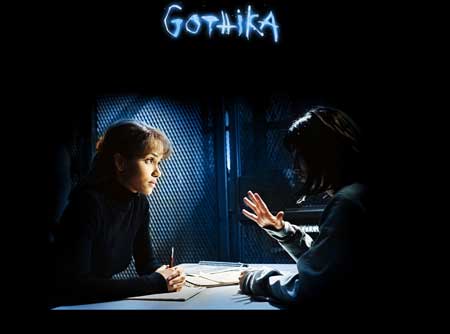 Ok, so there’s nothing in Gothika to produce severe goosebumps or heinous nightmares, but I don’t mean that in a bad way. This film is more about the ‘thrill of the chase’ as it were. The audience has to work to draw everything in together, resulting in a gripping movie. There’s definitely something creepy about knowing that there’s a killer out there but not knowing who it is. And being the one blamed for it, potentially to be locked away for your entire life is definitely a terrifying prospect. I’m sure anyone can testify to that! The good thing about Gothika is that it has a universal appeal, meaning that the storyline is relatively simple and easy to get into. This puts every viewer on an equal playing field, and I recommend watching this with friends and each taking a guess as to who you think is behind these atrocities. 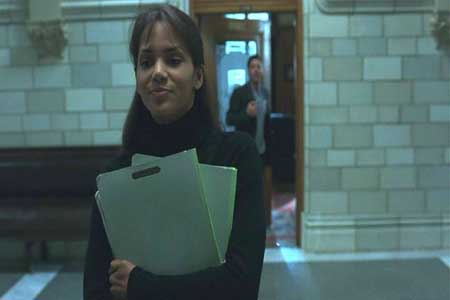 The atmosphere in Gothika was simply brilliant – grim, blue tones were used throughout to emphasize the depressing emotions that lingered around that foreboding institute. There was a real hopeless vibe amongst the ‘inmates’, which highlighted Miranda’s loneliness even more, as she had literally no one that she could turn to. Halle Berry herself said that filming in that location was ‘always very cold and there was just some element in the air that made us feel like we all weren’t truly alone where we were shooting’. Indeed, the location used was a perfect one, and has apparently previously been used in around 200 movies! 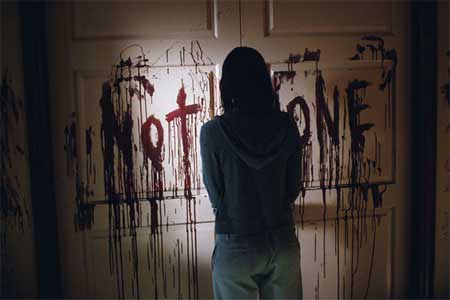 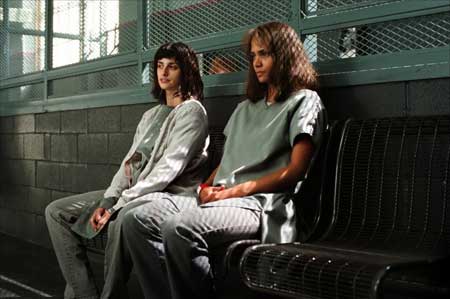 Gothika is well worth your time if you’ve got it. There’s some mystery and some action as well as the standard thriller/horror stuff. Obviously, the storyline can’t be said to have much (if any) basis in reality, but as long as you don’t question the details you should find it enjoyable to watch.