SYNOPSIS:
“Fenton Meeks comes forth to tell the FBI that his brother Adam may be the serial killer who calls himself God’s Hands, who the FBI has been searching for. The film uses flashbacks to show Meeks’ childhood with a father who believed he was on a mission from God to destroy demons that inhabit human bodies. Fenton saw his dad as evil, while Adam saw him as a hero.” (courtesy IMDB)

REVIEW:
What an interesting character Bill Paxton is turning out to be! For almost thirty years he’s worked his way from being a set-dresser in the seventies to being first unfortunate encounter with The Terminator (1984), and as Anthony Michael Hall’s nemesis in Weird Science (1985), through to becoming a full-blown director, appearing in seventy-odd feature films and television movies in between. Frailty (2001) is Bill’s second directorial effort, and in this horror-cum-extended Twilight Zone tale of a God-told-me-to killing spree, he moves us into very dark territory indeed. And thankfully there’s very little Hollywood over-the-top predictability to ruin the uneasy atmosphere of this solid film. 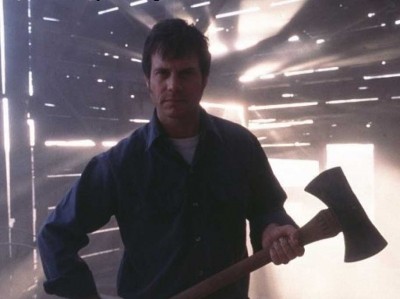 Bill wisely sought the advice of film-making friends who had made successful suspense films, both James Cameron and Sam Raimi. In fact Cameron had already seen the film during the editing stage and offered ideas and insightful notes on cutting. The endorsement Cameron and Raimi lent to the picture are glowing indeed, Raimi going as far to say that “Frailty is the most frightening horror picture since The Shining (1980).” It’s no throwaway comment, either, Frailty is not for the faint-of-heart, and the dark subject matter was certainly a good way for Bill to cut his teeth on the director’s chair. 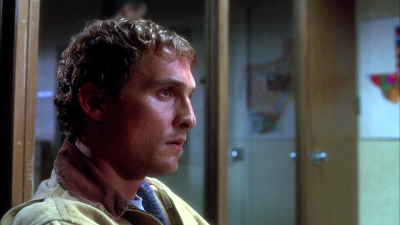 It’s the present day and a calm yet fairly calculated Fenton Meiks (Matthew McConaughey) visits the FBI claiming his younger brother is the infamous ‘God’s Hand’ killer who has eluded authorities after a series of gruesome murders. In order to convince the dubious agent Doyle (Powers Boothe), Fenton flashbacks to 1976 and the bizarre turn of events involving his father, a pair of magic gloves, a metal pipe, and an axe named ‘Otis’. 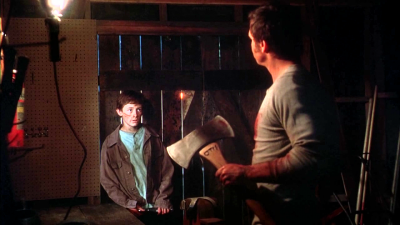 Bill Paxton is Dad, a genuinely nice single father who balances his life between a humble mechanic’s job and teaching his two sons a decent way of life. One evening a vision of the Almighty visits the God-fearing father, instructing him and his family to rid the world of demons prior to Judgment Day. The catch is that the demons look like humans, and he can’t tell anyone of his new ‘job’ or else die. How’s that for a way to wake up in the morning? Sure enough, Dad’s soon bringing home ‘demons’ (he gets a specific hit-list of names from God himself) and the boys are forced to watch and participate in the bloodletting. But what is really happening here? Are they truly carrying out God’s dirty work or is Dad a few sandwiches short of a picnic, as an increasingly skeptical and scared Fenton thinks? 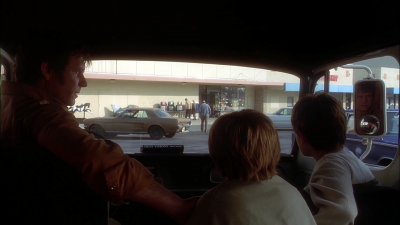 In a sense, Frailty is a homage to all those movies that warped and disturbed young film-goers for decades. Films like Invaders From Mars (1953), in which the impudent boy tries to get an authority figure to listen to them, and of course Robert Mitchum’s The Night Of The Hunter (1955), one of Bill’s favourite films in which the children are a key element. They say in Hollywood ‘Never work with animals or children’ but fortunately Bill was blessed with some of the best child actors of the time. Especially impressive is Matt O’Leary, who plays the young Fenton Meiks. 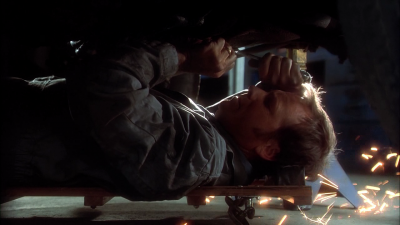 Bill manages to inject a subtle sense of awe into the proceedings via the matter-of-fact delivery of this extraordinary story, plus there’s a refreshing twist to come that should have Twilight Zone fans slapping their foreheads. Had the tension been heightened and the pace sped-up to reflect the on-screen horror, Frailty might have been deemed a classic. However, it’s still an engaging ninety minutes that proves Bill Paxton is a directorial talent still waiting to take flight. 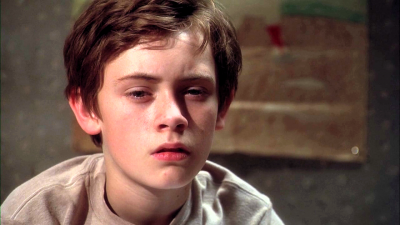 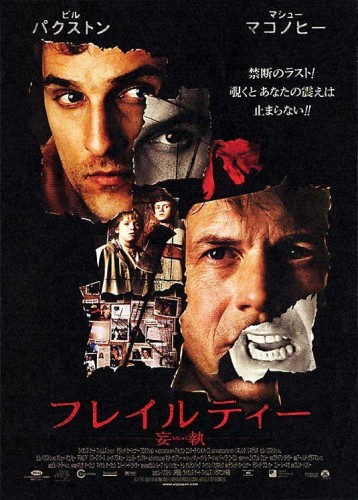