Aaron (Craig Sheffer) is haunted by nightmares of Midian, a mythical underground of monsters. But his therapy involves a serial-killing psychiatrist (David Cronenberg) who pins his own crimes on his patient. When Aaron dies as a result of his doctor’s deception, he enters the underworld and joins the Nightbreed — and then leads the species in a revolution. Clive Barker directs the film, which is based on his novel Cabal.

It should go without saying that the “Directors cut” of Nightbreed is one of the most anticipated releases of this year (for me most certainly). This release is a perfect example of a great film being held under the radar for “far” too long and never quite gaining the respect it truly deserved (Noted as a box office failure at the time of original release). My thoughts on “Nightbreed” are no different than when I first experienced it back on its initial release in 1990. This Clive Barker creation is easily among one of the greatest “monster” movies of all time. The characters, the creatures, the variety of costumes are all a part of one grand vision…a place called “Midian” (where the monsters go).

“Nightbreed” had also suffered at the time of release from some pretty unmotivating poster art (see below). This sad, sad marketing attempt really painted “Nightbreed” as another slasher film, of which it wasn’t. Notice, the release of “Bad Dreams” from that era taking a similar approach 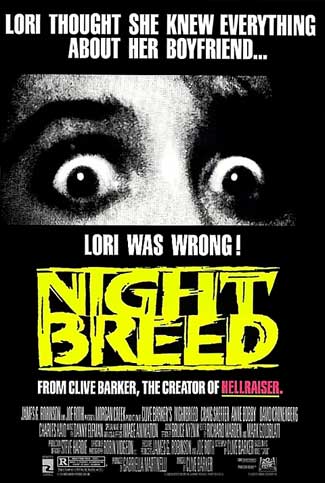 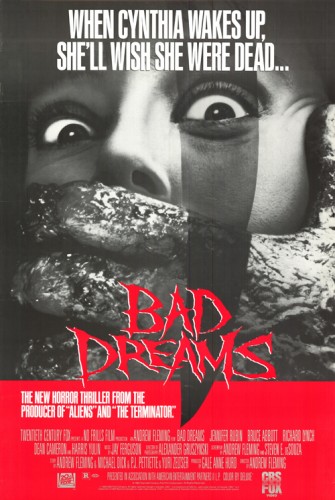 The film is unique in that it essentially is comprised of 2 premises. One being the location and discovery of “Midian” and two the unveiling of  Dr. Phillip K. Decker, a psychotherapist and serial killer combined. Playing this eerie part is none other than David Cronenberg, the infamous horror director himself. Kudos to Cronenberg, who actually makes for a great match to this role.

Craig Sheffer, an actor from the arena of teen dramas and brat-packy-style films plays the lead role of Aaron Boone, a patient of Decker. Boone eventually becomes the character “Cabal” (though that comes later). The cast features a variety of monster characters which include: Peloquin (Oliver Parker), Dirk Lylesberg (Doug Bradley), Narcisse (Hugh Ross), Babette (Kim Robertson), Shuna Sassi (Christine McCorkindale), Devil Lude (Vincent Keene) with loads of others taking on unique and eerie styles of their own. Midian is “indeed” the place where the monster have gone for sanctuary (protected under their god, Baphomet). Though when the authorities begin to suspect that Midian is more than what it appears….well it becomes an all-n-all war to the death. 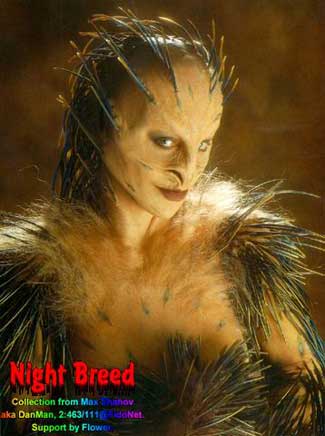 Boone, on the run from the law after begin framed by Decker, heads to Midian (previously, only a place of reoccurring dreams). Boone is soon tracked down and shot to death by the authorities when Decker intervenes and tricks them into believing he has a gun. Boone’s girlfriend, Lori Winston (Anne Bobby) seeks him out when his body goes missing. This leads all involved to the final location of Midian, an old cemetery which has kept its secrets from the mortal world for all these years. 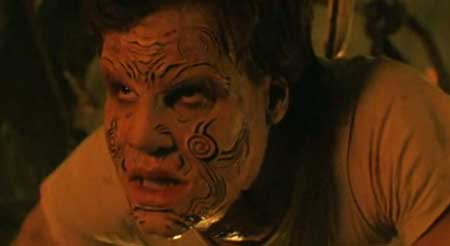 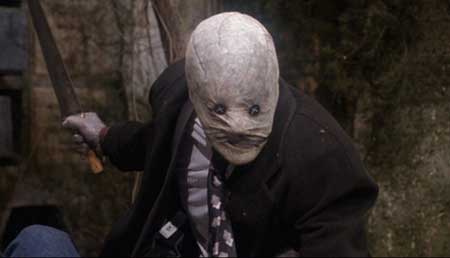 Essentially, the monsters live below Midian in a private area that houses its full race of abominations. They have stayed under the radar (until now) as a private secluded race practicing discipline under self appointed laws. As we say…..the shit’s about to hit the fan when Boone brings his world into theirs disturbing the order of which they live. 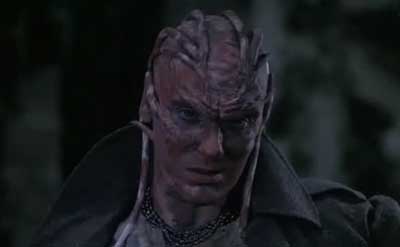 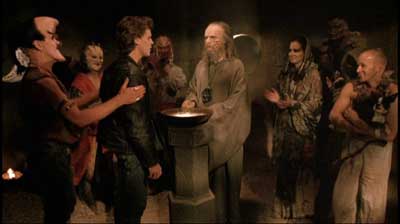 At the heart of this film in an underlying message about the nature of humanity being more evil at times than that of a league of monsters. The portrayal of Decker is certainly a symbol of “that”, wearing an emotionless mask that signifies his true face beneath, despite holding a rather respected and honored profession. There is much irony in “Nightbreed” that is meant as a takeaway after all the fancy practical FX work is consumed. A book came out (Clive Barker’s Nightbreed Chronicles) shortly after this release that featured many of the characters seen within he film. It’s worth a look as the makeup alone is quite a reason for loving this movie. In concept, it’s a film that should have done much better than it was reported to have done. Still to this day, I believe there is a potential for resurrection into this franchise that can be properly approached under the guise of 21st century FX work. Call it an opportunity in waiting if you must. 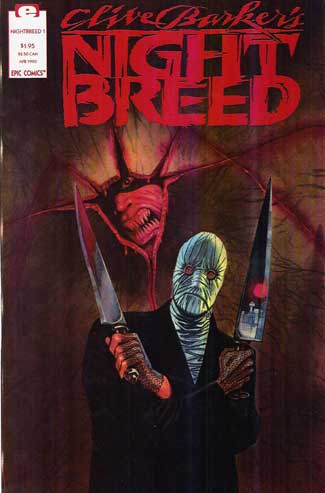 This review would not be complete without mentioning the company Shout! Factory who heralded this bluray release. Not only were “we” craving a high definition release….BUT, now under the release of a director’s cut. The directors cut is reported as containing an additional 40 minutes. This cut is not the “Cabal” cut as we expected, which is reported as coming in at 160 minutes. “Nightbreed: The Director’s Cut” measures in at 120 minutes (40 minutes more than the theatrical release). The Cabal cut we’ve been hearing about is still somewhat limited to rare festival and convention circuit rounds. Though as I understand it, this cut, “Nightbreed: The Director’s Cut” is the restored vision that was trimmed down to the product it is now (this is also explained by Barker in the film’s intro). The reported “Cabal cut” sounds more like “everything thrown in” without really needing it all. So those who are scratching their heads, can rest comfortable knowing that we are seeing the best of this previous un-aired footage. To recap……….. 2o minute taken out and then restored with 40 minutes capping off at 120 minutes. Regardless, it’s the version you’ve been waiting for. 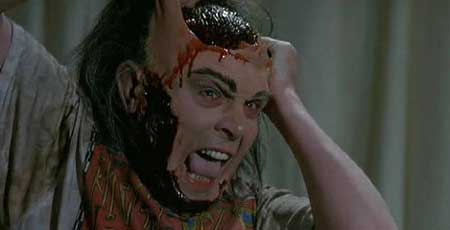 If your bluray shelf is limited to a few chosen few, then make sure that “this” release is at least one of them. Shout Factory who have literally busted ass in bringing so many hard to find titles to digital of course wear the crown of victory with this acquisition. “Nightbreed” has returned “and” with so damn cool extras to boot (the extras alone run pretty extensively making for a sitting just in there inclusion alone). Nightbreed available on BR per shout! Factory

The extras as mentioned include:
Bonus Features