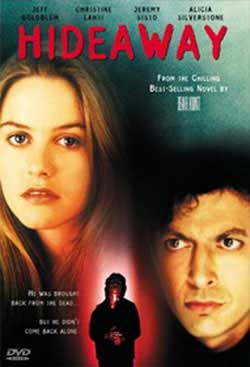 While traveling on the road with his wife Lindsey and his daughter Regina, Hatch Harrison has a car accident, hitting a truck and falling with his wife in a river. He dies for more than two hours, but the specialist Dr. Jonas Nyebern successfully brings him back to life. Hatch has some weird premonitions and becomes able to see through the eyes of the psychopath serial killer Vassago, a young man that killed his mother and his sister and committed suicide and was also brought back to life and now is killing young women and teenagers. When he foresees that Vassago is trying to capture his daughter, Hatch tries to find the criminal first, in spite of Lindsay, Regina and the detective in charge of the investigation believe that he needs psychiatric help.

Hell-o, everyone. This film is a psychological thriller and serial killer flick all wrapped into one. A man is trying to find out who is after his daughter and inside of his body, seeing through his eyes as he sees (Regina, his beautiful teenage daughter) through their’s.

Hideaway is an awesome film for those looking for a good old fashioned serial killer feature and a complete mind warp at the same time. The Stephen King/ Dean Koontz tag references are present as The Shining (although Stephen hated the original film) is mentioned at the very beginning of the film (Dean Koontz is also mentioned in Desperation, the film adaptation, written by Stephen King himself). 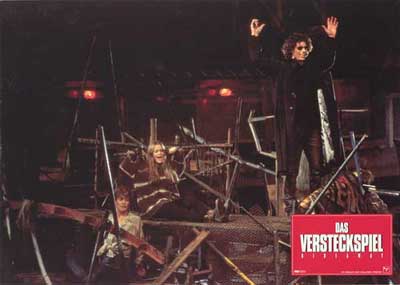 The dream sequences of the film are probably the best cinematography throughout the film. That’s not saying that the rest was bad (at all), but the dreams are exceptionally tremendous and a visual attack on the senses. Jeff Goldblum (the remake of The Fly and the original Legend of Sleepy Hollow) does a terrific job of playing a man that is progressively losing his mind… or is he? Alicia Silverstone (The Crush, The Babysitter, True Crime) is just as astonishing on the eyes as she always has been and does a swell job playing the overprotected and stalked daughter. Christine Lahti (Obsessed and The Fear Inside) also portrays the role of a confused mother that’s losing her mind, while watching her husband lose his own. She also has a song on the soundtrack. The atmosphere as everything comes together (and begins to fall to pieces) between the couple almost has a Jack/Wendy Torrence kind of vibe to it. Jeremy Sisto (Stephen King’s Nightmares and Dreamscapes, Wrong Turn, The Outer Limts/ Twilight Zone and Dead and Breakfast) does a pretty good job as the psycho killer that is stalking Regina. He kind of has a Jim Morrison/ Richard Ramirez vibe to him. He is quite seductive to his victims as he reels them in for the kill.

From the very beginning of the film, the viewer is subjected to two sides of religion and a double dose of murder.. The computer Special Effects (as much as I’m against them) sort of outweighs the practical end. Some of the wounds are done well, but most of the blood looks as if it were just splashed on the actor, some in creative patterns. Still, this small and (for the most part) overlooked aspect does not take away from the over all entertainment of the movie. The computer generated effects have a Lawnmower Man feel to them, but are obviously more advanced. The visions through the eyes of the killer are typical post- production through the camera tricks, but still remain effective all the same. Mundane computer effects are also used (along with the major ones) to cover flesh over the previous wounds. A wreck scene from the first person point of view inside of the car is exciting as well. 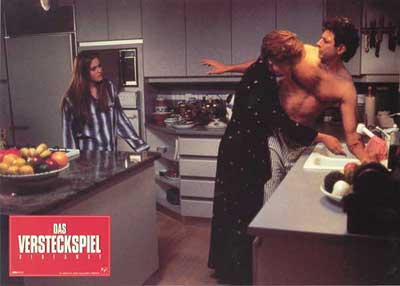 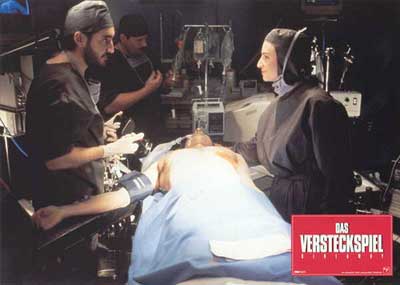 A viewer could get lost in the plot if he or she does not watch this from the beginning. Even then, some may be hard for them to understand. The shower scenes with the killer almost threw me off a bit, but I caught on pretty quickly. There are twists throughout the film that keep your eyes glued to the screen (besides Alicia Silverstone in her stunning glory).

The semi-metal score was decent, but I personally thought they could have gone with something a little heavier (and maybe even a bit more Satanic to fit along with the plot… Decide, perhaps). Usually, I am against metal in horror films (although I am a huge metal fan). I believe it takes away from the disturbing content. However, with Nightstalker and this film, I think the combination of the two went very well together. 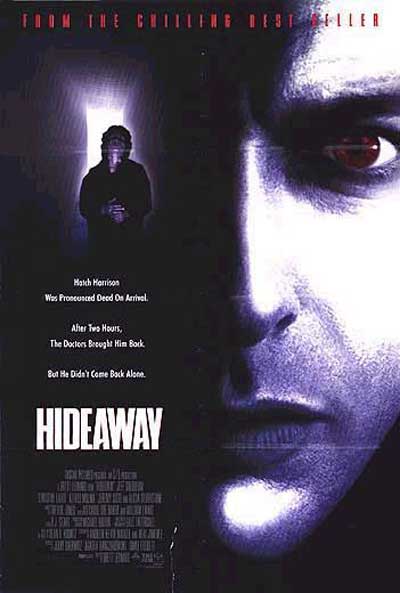 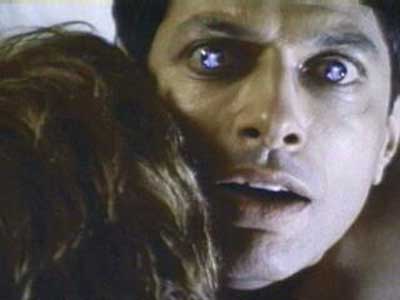 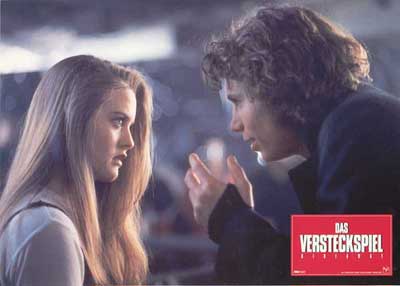 This is more of a psychological thriller than slasher flick. The gore score is around a five or six, but some pretty brutal clips are still present. One that comes to mind is blade to eye removal, which is always nice. Other on-screen slashings shown are pretty decent. Then there are some that could have been better. Remember, oh gorehounds… The blood doesn’t make the movie and this is another fine example. This is a combination of a little of everything, plus a bit of pop culture is added to make the events seem like you are actually there. Bands, films and books are mentioned that most may (or should) be familiar with. 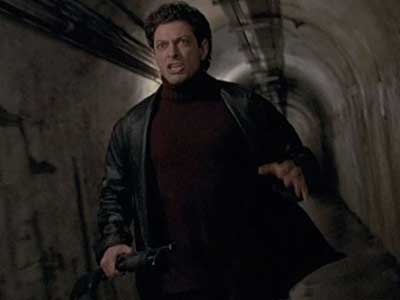 If you are looking for a visual and hallucinatory trip into the mind of a serial killer and good dramatic moments (… and Alicia Silverstone), I recommend seeing this film… Or if you are just a Dean Koontz fan, this is one of his film adaptations not to be missed. It’s a roller coaster ride of visuals and screams of a scarred mind. I give this film, Hideaway, FOUR HORNS UP.