In our quest to categorize great movie moments, the idea of chainsaw usage came to mind. Certainly there are more than 10 films with chainsaws being used, though this wood cutting device has been featured in a few that exceed expectations. Now out of fairness, this whole list could probably feature all Asian movies, as they tend to tack on chainsaws to body part pretty frequent. Though we limited it to 2 of the most effective from the bunch, to keep it from being purely Asian.

It goes without saying that “Texas Chainsaw Massacre” and its many offspring rank high in this category. In fact TCM is probably the most influential of the bunch. Though there are a few more worthy moments that don’t all involve a leathery face guy. We encourage readers to list your favorites in the comments below, or mention a few that escaped the radar…..Happy Massacre

01- Texas Chainsaw Massacre (1974)
The award goes it to its 1974 debut. It’s sequels also carry a pretty heavy emphasis of chainsaw usage. Leatherface really put this device on the map and made it more terrifying than it already was. In research it was noted that even the sneak previews caused several movie goers to exit the theatres…now that’s impact! 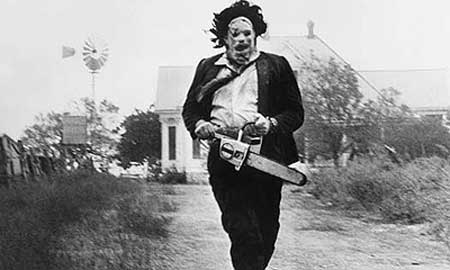 02- Evil Dead II (1987) / The Evil Dead (1981) / Army of Darkness (1992)
Ash wielding a chainsaw is a classic iconic moment that exists in the minds of every horror fan across the planet. Ash tends to put a humor spin on it, but he sure does like his chainsaw especially when crudely attached to his arm. Connected to wild one-liners and a no holds bar approach to bringing the hurt on a few demons, Ash is another iconic chainsaw-wielding figure. 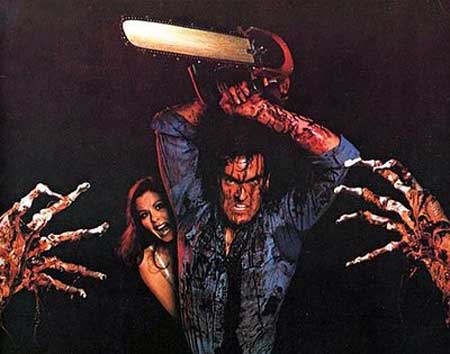 03- Hollywood Chainsaw Hookers (1988)
I believe more remember this by name than actually seeing the film. This was an early role for actress Linnea Quigley who quickly became known as the “it girl” for scream queens of her time. If you smell cheese…its mostly because its one of Fred Olen Ray’s creations that he managed to churn out so well. The title was usually enough to budge curiosity on this one. 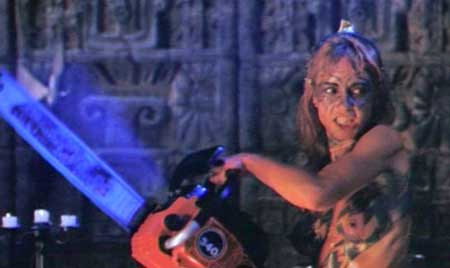 04- The Machine Girl (2008)
An Asian classic that makes great use of Chainsaws…..or chainsaw blades for that matter. School girl outfits…chainsaws, martial arts,…great stuff indeed. Helped to put more of the Tokyo Gore style on the map! This trend of using rebuilt body parts or “enhanced” body parts is a reoccurring staple in Asian Gore films. Partly influenced by manga and super heroism, saw blades continue to come in all shapes and sizes often appearing from body sections as an act of retaliation. “Machine Girl” is one of those classics. 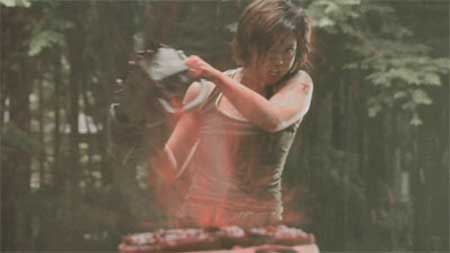 05- Tokyo Gore Police (2008)
The MO for this one follows “Machine Girl” , but on a much more intensive path. “Tokyo Gore Police” manages to excrete blood spatters every chance it can. Most notably its opening scene that sets the ace for the rest of this chaotic extremist event. 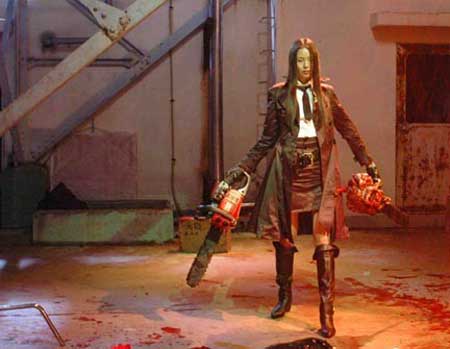 06- Chainsaw Sally (2004)
What began as an online series evolved into a collection film of episodes. The list wouldn’t be complete without Little Chainsaw Sally weaving her instrument of death back and forth. There is a film and a collection of shows. Both make use of the chainsaw with great skill and carnage. Now continuing its cult series, Sally wears her chainsaw with a seductive edge that has no problem whacking a few body parts with an indulgent purpose. 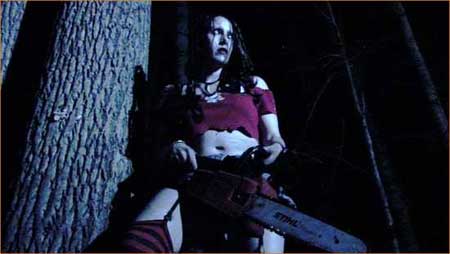 07- Motel Hell (1980)
A pig wearing masked farmer who likes to plant his kill in the ground. You just don’t see em like this anymore. Farmer Vincent gets a mean chainsaw to the chest ending his reign of farm land terror. The film adds a bit of dark comedic flair to the genre, not to mention a series of catchy marketing phrases. 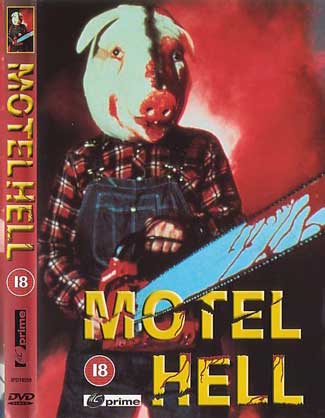 08- Slashers (2001)
You might be hard-pressed trying to track this one down, as it comes from the discontinued Fangoria Films line. However in its reality game show presentation, it makes great use of some chainsaw action per a chainsaw weaving “Chainsaw Charley”. His redneck flair and silly mask seem to perfectly compliment his killing rampage. Charley may never become an icon, though he still looks good with a chainsaw. 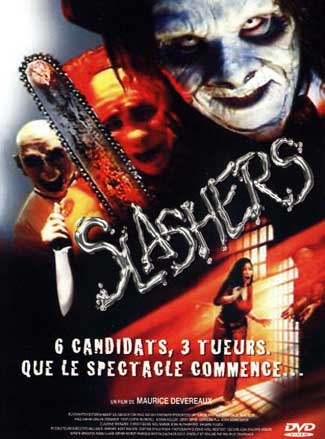 09- Pieces (1982)
Not actually a cult classic but probably better known for its gory idea at the time of release. Several women are killed by a chainsaw slasher who seems to like the idea of a human jigsaw puzzle to pass the time. Intense for its time of release, the filmmakers would use pig carcasses to enhance extreme close ups. 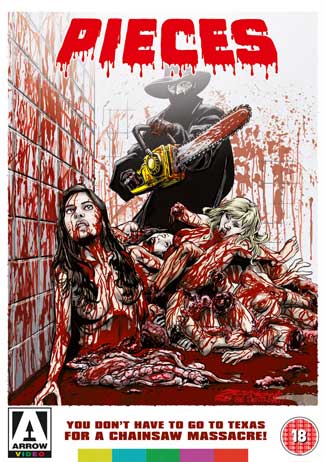 10- Dead Snow (2009)
Zombies, Nazi’s, Nazi zombies….well besides this being one of my all time favorite zombie pictures, it also makes good use of its chainsaw moments with limbs and blood flying everywhere. No the chainsaw isn’t used exclusively, though it does do it well when the blades start churning. 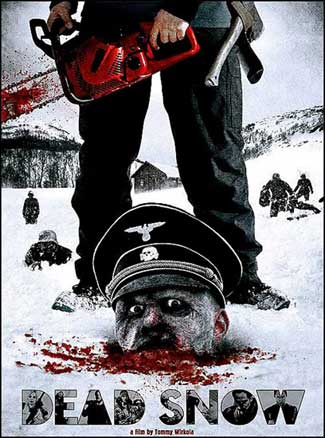 Some Other Quick Mentions of Films with notable Chainsaw Inclusions.