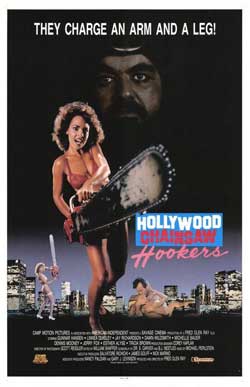 Jack Chandler is a private eye tracking down Samantha the runaway. In his travels, he comes across a gang of chainsaw weilding prostitutes that like to carve people up for their cult

At one point in this film, a woman takes off all of her clothes and does a slow dance while duel wielding chainsaws, as part of ritualistic human sacrifice.

…what more do you need to know?

Hollywood Chainsaw Hookers is trash. It might be slightly funnier than most trash. Slightly. But nothing changes the fact that this is still misogynistic, mindless and offensive trash.

And you would be forgiven for responding to this brash statement by saying,
“But that’s the point!”
When has that ever been an excuse for such brazen filth? 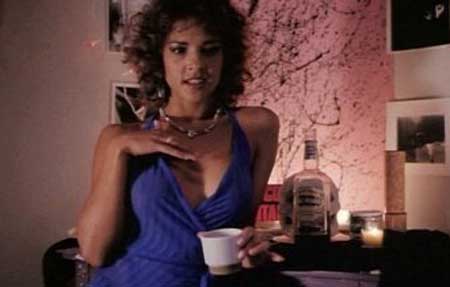 Essentially what we have here is an excuse to watch one p*rnographic set-piece after another, with a thin façade of spoof to actually circumvent the term ‘p*rn’. A patchwork noir plot is tacked on, in which Gunnar Hansen spoofs Humphrey Bogart while channelling a lecherous Leslie Nielson. 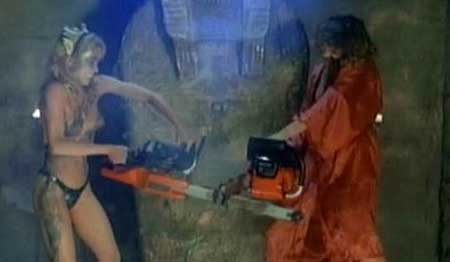 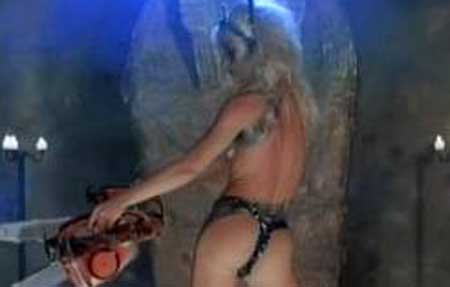 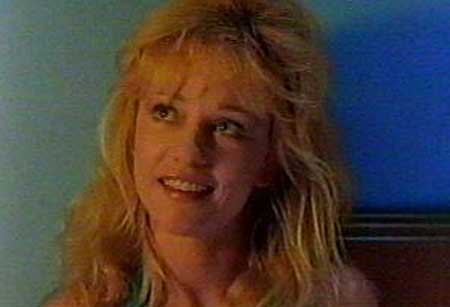 Credit where credit is due, he has his moments. Or rather, moment. An exchange with the High Priest of the Chainsaw Cult will certainly elicit a giggle. Yet any interactions he has with women (i.e. almost all of them) are so pointedly sexist that it will make your skin crawl. Again, the argument can be made that that’s the point.

But so what? You can kick a puppy and say you meant to do it. That does not make it OK. 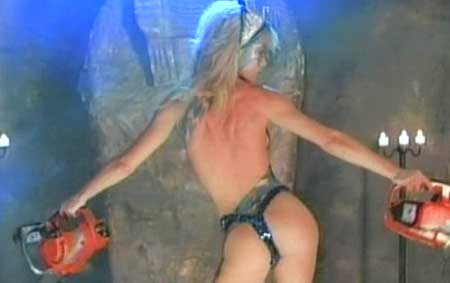 It begrudgingly must be said that, in comparison to other shlocky films of this ilk, the standard of cinematography and acting is actually all right. However, the keywords to take away from that sentence are ‘in comparison’. There are still some wonky looking set designs and lines delivered in dead-eyed monotone. It is also, mercifully, quite short and decently paced, which belies a competent director who has made some bad choices.

This is the very definition of Grindhouse. There are several gratuitous shots of topless women chainsaw-ing through their victims, buckets of blood literally being thrown at them from off-screen, as they laugh in ecstasy.  One could argue that in murdering their clients, this is actually an empowering depiction of women.

One would be extremely wrong in this respect.

Aside from the fact that hookers as a concept is so fundamentally debasing, these women are all blatantly exploited for voyeuristic pleasure, a prime example of Film Theory Misogyny 101. 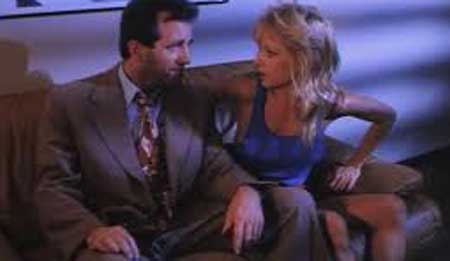 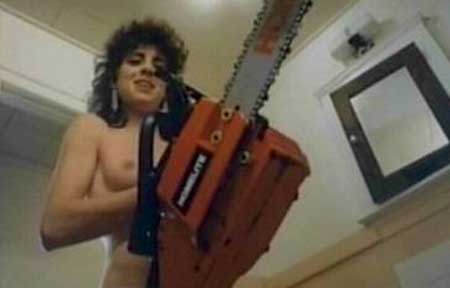 And even if one was to raise the feeble argument that there is an element of female empowerment, this can be rapidly dismissed by the fact that all the hookers are led by a garishly dressed male High Priest. The word PIMP is practically flashing in pink neon letters on his forehead, with massive breast shaped fireworks going off behind him in the background.

Overall, Hollywood Chainsaw Hookers is a film that does not require a review. If you read the film title, you already know whether or not you are going to want to see it. It isn’t unbearable, provided you’re a teenage boy. For anyone else, you’re better than this and you know it.