More “Most Uncomfortable Horror Movie Scenes To Sit Thru” – More madness to scar your psyche!

This film needs absolutely no introduction as its notoriety has ingrained itself forever within the film industry. It’s shocking to see how the original film actually gained such a rabid cult following, but two sequels came of it, each becoming worse than the other. In one sickening but victorious scene in the second sequence to the trilogy, antagonist Martin is overpowered by his victim and has his pet centipede funnelled through his butt so that it can begin attacking him from inside. Try watching this without wriggling on your seat, I dare you. 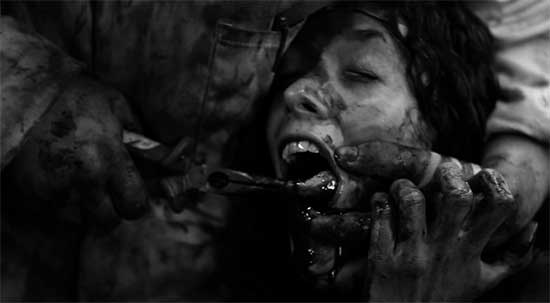 In what is perhaps Italian ‘Godfather of Gore’ director Lucio Fulci’s finest film, one of the most iconic horror deaths is contained. Zombi 2 was created as an unofficial sequel to George A Romero’s classic Living Dead trilogy and in the film’s most iconic scene, we witness a young lady have her hair yanked by a zombie and have her eye impaled on a wooden splinter. It’s safe to say that this film set the standard for horror makeup and has forever since left an impact on the future of cinema cosmetics.

It’s hard to imagine why such a seasoned veteran actor as Willem DaFoe agreed to feature in this film considering its horrific content, but his role certainly paid off. If you would like to watch a film which will not make you tear up or writhe in agony from watching, it’s best that you ignore Antichrist. Undoubtedly, you will have heard of *that* scene, the one in which he has his balls crushed by a rock. There’s no way to sugarcoat this sequence of the film, it’s all there. It can be summarised pretty easily as, “He has his balls bashed by a rock and she cuts her bits off with scissors”. If you watch Antichrist, it’s probably best that you skip past this sequence for the sake of your own sanity. 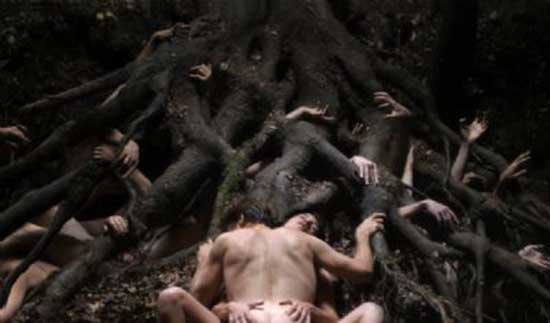 The Evil Dead; a series that is so perfect that even those who typically hate horror love it. There aren’t many films that can make myself laugh out loud, but The Evil Dead and The Evil Dead 2 are 2 films that can do just that. However, despite its sometimes comedic undertones, there’s one scene that is no laughing matter and is actually pretty horrible to witness. A young lady is attacked and violated by a possessed tree branch, which rips away her underwear and rapes her, but this is luckily not too graphic, but traumatic nonetheless. Don’t let this cloud your views on the excellent series, as The Evil Dead truly is the standard for extremely dark comic humour.

The Last House On The Left – Rape scene

A classic rape-revenge thriller/horror, The Last House On The Left tells the story of two young ladies who are brutally raped by a trio as they attempt to score some drugs and the aftermath, which sees the families of the victims seek revenge on the brutes who raped the girls. It’s pretty obvious to state, but the rape scene is pretty difficult to sit through, but fear not, the revenge scenes are pretty good to sit through as there’s a strong sense of justice pulsing throughout the viewer. 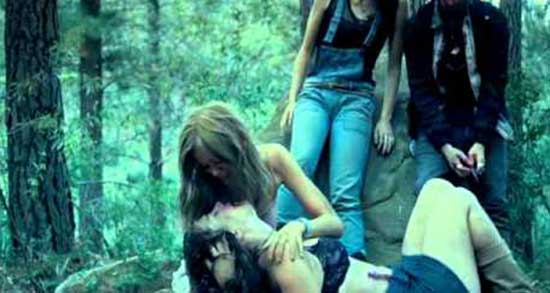 I Spit On Your Grave – Rape scene

Another rape-revenge thriller/horror, I Spit On Your Grave is by far the most iconic of its ilk and for good reason. A young writer rents out an isolated house in the middle of the woods so that she can focus on her writing and be inspired without interruption. However, this doesn’t miss the attention of a group of crazed hillbillies who take advantage and rape the poor woman brutally. Of course, this doesn’t go without revenge and the young woman butchers the rapists in the most satisfying ways. However, as you can imagine again, the rape scene is pretty difficult to watch and what makes watching it worse is the thought that although this particular film is fictional, many women are raped like this daily. 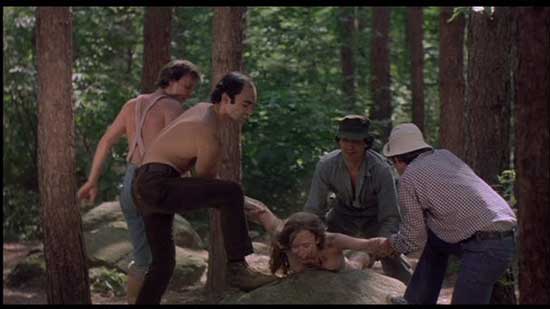 I’ll have to admit outright that this is one of my favourite films and books, so I will be slightly biased in its favour. You will have heard of 120 Days Of Sodom, the most controversial book of all time, written in the late 1700’s by Frenchman Marquis de Sade whilst he was in prison, who was deemed insane by doctors. The film follows the same story as the book, which tells the story of 4 fascist libertines who kidnap multiple teenagers in order to subject them to 120 days of torment and the most horrific sexual acts. In actuality, the book is so graphic that the word ‘sadism’ is derived from Marquis de Sade’s name, as he left such a mark on history. In this particular final sequence, the teenagers are brutally dispatched of in the final passions. They are flogged, beaten, burnt, stabbed etc. Whilst the special effects aren’t particularly realistic, this sequence is pretty difficult to watch.

The final cannibal film on the list, this is another excellent Eli Roth exploit. The Green Inferno tells us the story of a group of young American university students who travel to the Amazon to stop the destruction of a rainforest and to research female genital mutilation amongst tribes. In one of the goriest scenes from this list, one student is placed on a sacrificial tablet in the forest by the cannibal tribe and has his eyes graphically gouged out by the head of the tribe, who proceeds to eat the eyes in front of the young students. It’s always the nice people who die in horror films…

It’s a well-known fact that French horror cinema is amongst the finest in the world and Inside is further proof of such a claim. Inside follows a young pregnant woman who is tortured by a stranger who claims that she has stolen her baby and is attempting to break into her house. As you can imagine, chaos ensues when the woman manages to break into the pregnant woman’s house and terrorises her. In the final moments of the film, the heavily injured pregnant woman has her womb cut open by the intruder and the baby is removed from her body as the mother breathes her final breath. Unless you adore the colour red being splattered in every direction for 80 minutes, Inside may not be the film for you. 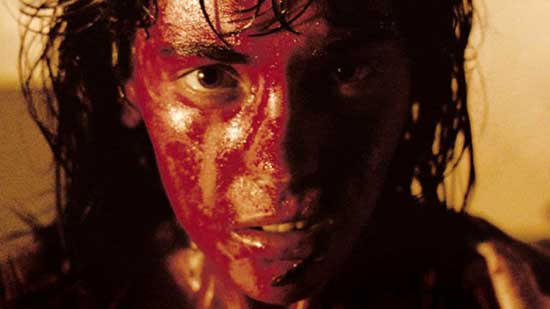 The final film on the list is probably the most controversial film to ever exit Japan and to enter the rest of the world. The whole Guinea Pig series is renowned for its gore and surrealist/bizarre depictions of humanity, but Flower Of Flesh And Blood goes beyond anything that you have ever seen and is in fact so realistic that although it has been disproven, people still maintain that the whole film is in fact a snuff film, not a fictional film. In the main chunk of the film, we are exposed to one of the most ridiculously gory and realistic torture sequences in cinema history, in which an unfortunate victim is depleted of her limbs and blood. If you wish to view this film. 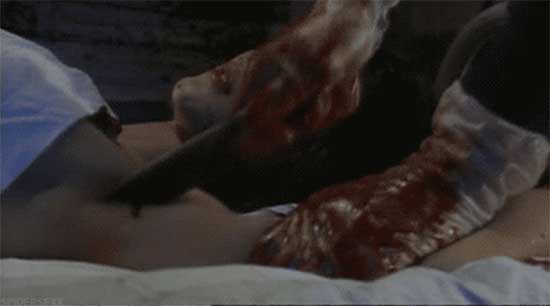 If after reading the contents of this list and watching the scenes I have mentioned out of curiosity, feel like you have witnessed the worst things to ever grace cinema, just remember that there is a plethora of romantic comedies that you can watch to change your mind. Overall, the films on this list hold quite a high level of artistic merit and are rather watchable, so I would certainly recommend watching a few of the films on this list, should you be brave enough to venture into the darkest depths of horror cinema. What’s the most uncomfortable horror movie scene you have ever sat through?

See – Most Uncomfortable Horror Movie Scenes To Sit Thru- Part 1

Tags 120 Days Of Sodom ANTICHRIST Guinea Pig: Flower of Flesh and Blood human centipede 2 I Spit On Your Grave Inside The Evil Dead The Green Inferno The Last House on The Left zombie flesh eaters