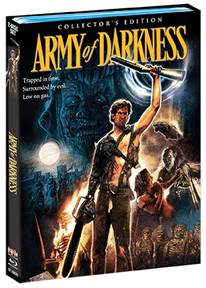 A man is accidentally transported to 1300 A.D., where he must battle an army of the dead and retrieve the Necronomicon so he can return home.

One of the classic entries of the “Evil Dead” franchise, “Army of Darkness” is a true gem. With the usual team of director Sam Raimi and actor Bruce Campbell behind this, it was sure to be a fan favorite. And so it was…… taking on the character of Ash, continuing where the 2nd sequel left off. “Army of Darkness” is comedic horror at its best often using Ash’s central character to carry the films famous one-liners. The film helped further Bruce Campbell’s name within the horror halls of fame carrying over from his previous performances in “Evil Dead” and “Evil Dead II: Dead by Dawn“. 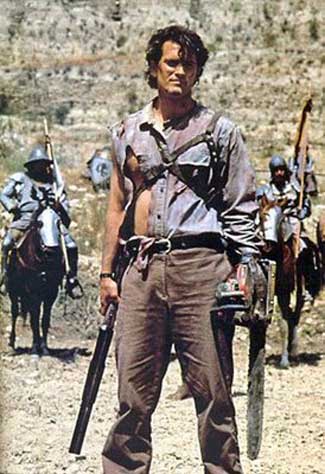 “Army of Darkness” completed the Evil Dead trilogy, finding Ash Williams now in the Middle Ages as he prepares yet again to battle the evil undead. As we left off in Dead by Dawn, Ash has been pulled thru a portal back into time to 1300 A.D. He arrives in the desert while instantly being apprehended by the court of King Arthur’s men (thought to be an agent for Duke Henry). As part a consolation he is quickly thrown into a death pit where he’s forced to face the wrath of a demon Deadite (one of the Evil undead).

Easily overcoming his opponent with the help of his chainsaw arm-weapon, Ash seeks out a wise man who alerts him that he will need to retrieve the Necronomicon to return back to his time period.

Ash takes on many dark forces making his way thru the dreaded “dark forest”. This proves to be a witty segment that has Ash battling against tiny version of himself as well as an “Evil Ash” who he overcomes and buries. 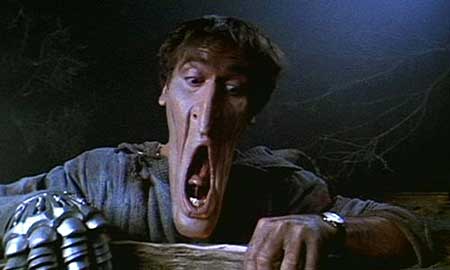 Finally arriving at the location of the diabolical book he is confronted with 3 books, 2 of which are traps meant to trick Ash with their evil ways. A phrase must be uttered to remove the book. As Ash recites “Klaatu barada nikto” he ends up screwing up part of the phrase unleashing the army of the undead. The deadites are awakened resulting in an all-out war against Ash, King Arthur, and all his merry men. Ash’s momentarily love-interest Sheila is captured by the deadites and turned into one herself. Once the chaos is calmed, Ash calls upon a potion from the Necronomicon to return him to his own time era. 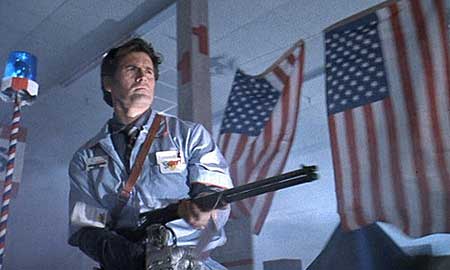 The noted evil book “Necronomicon” returns from the first 2 films to unleash its dark forces. Often at the brunt of several comedic scenes within the film that proceeded to torture Ash at no expense. The script itself is almost a tribute to one-line gags with Ash spitting out another pretentious remark at every chance he gets. The film ends in his own time zone with a final battle taking place at S-Mart, his place of employment. 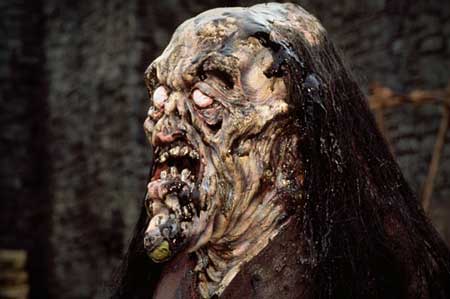 From front to back, “Army of Darkness “proves to be quite a fun ride with plenty of action and slapstick style gags. It’s inclusion of zombies and demons make for a great genre-bending combination with Ash always at the center.

As a 3rd for the franchise, Army of Darkness was a instant smash almost doubling its budget with $21,500,000 in returns worldwide. It, like the others went on to a dedicated cult following which helped further its sales thru the DVD market. It continued on to DVD of which its been released in numerous versions and special editions. Some of which replaced the theatre ending with a new director cut ending that has Ash growing old in a cave verses his final discount-store battle. 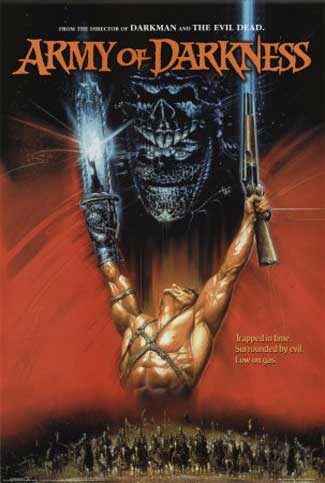 The film was rumored to be circulating for many years but never green-lit for production until the success of “Dark Man” was able to produce the funding needed for its budget. “Dark Man” was part of a multi picture deal planned with “Army of Darkness”. The script, originally much darker, was also re-written to be a better match for consumers.

It was noted that the film’s original title, “The Medieval Dead” was changed to make it more title friendly. “Army of Darkness” was received well by fans while receiving mixed opinions by some of the harsher critics. It’s style was mentioned as being “gymnastic and appropriately frenetic” of which I couldn’t agree more. 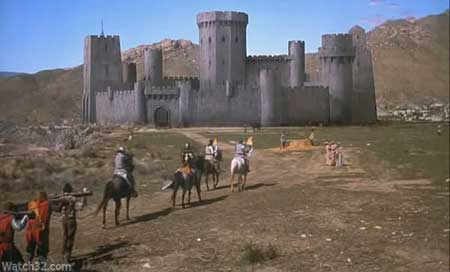 A 4th film to the franchise was often rumored for many years but never green-lit for production. The Ash character returns in similar fashion in a later film titled “My Name Is Bruce“. Though it needs mention that the character was simply named “Bruce Campbell” rather than Ash. Many have made obvious comparisons between the 2. One of which is Bruce’s overconfident pretentious demeanor that demands attention for its sarcastic flavor.

“Army of Darkness” is great film that exceeded expectations. I can’t say that I choose one over other because all 3 Evil Dead” franchise films were simply brilliant.