You know the term well. The dreaded re-make! We are certainly in an era of history repeating itself. Though as in this list, history doesn’t always mean better. This list of turds is our tribute to the worst of the remakes to come along in the horror genre. As an incentive, many of these movies spawn from the influence of great films. So while they may not be up to par, the films they were remade from, most certainly are . I highly suggest tracking some of them down while passing on the lamer remade versions. If your wwondering how wel lthey did…well lets just say Holloywood has made a return depite them being reieved poorly.

01- The Fog (2005)
John Carpenter was right on the money with his 1980 release of “The Fog”. It was scary, haunting, and for little while made you afraid of misty weather conditions. When they remade this movie, I had high hopes. Those hopes quickly faded as the release went down in the history as one of the worse films ever re-made. Fog 2005, was a pile of dung, plain and simple. 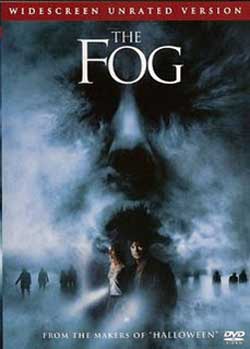 02- The Eye (2008)
The “only” attraction his film has, is the inclusion of actress Jessica Alba. The Eye (2008) was one of the Asian remakes that arrived as part of the Asian  wave that rolled out . Although it was re-created wiuth American actors, it failed to capture the scariness of it’s source. Fans would be better suited to look up the 2002 version created by the Pang Brothers. 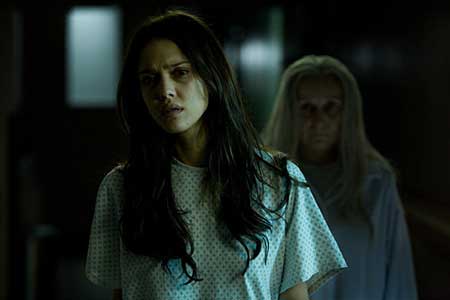 03- The Wicker Man (2006)
The Wicker Man (1973) is a well known cult classic…..a gem in a slew of odd releases for that era (remember “Zardoz”?? enuff said). The Wicker Man (2006) was less than to be desired. This cluster crap of a release couldn’t even save itself with the star power of Nicolas Cage behind it. It’s just  a poor film and insult to its legacy. Do yourself a favor and check out the original…and then never look back. 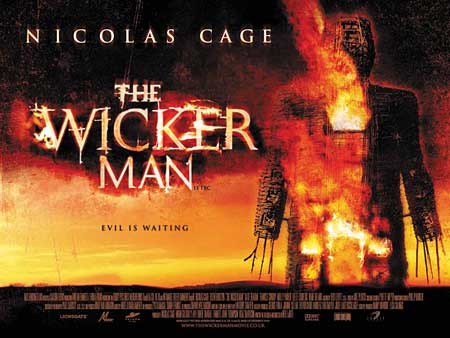 04- Godzilla (1998)
This Godzilla remake featured some of the coolest lead up trailers of all time. It’s too bad that they couldn’t hire the right talent to star in it. The film itself actually has a pretty good first act. It takes a dive shortly after with its mess of a script. The 1954 original film “Godzilla” might be too cheesy for modern viewers, but is still an important classic in its own right. It’s remake of 1998 was highly anticipated, though suffered greatly at the hands of movie critics
As of this article, Godzilla is prepping to do a reboot in 2014. Let’s hope they get it right. 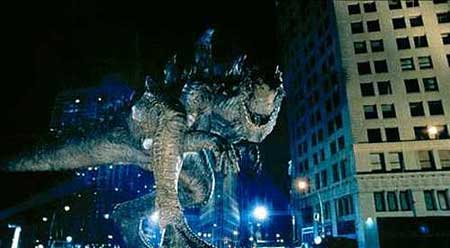 05- Mothers Day (2010)
Announced as a remake, “Mothers Day” (2010) is quite a different film. It might survive on its own as a decent horror entry, though fails to capture any of its
1980 release essence. 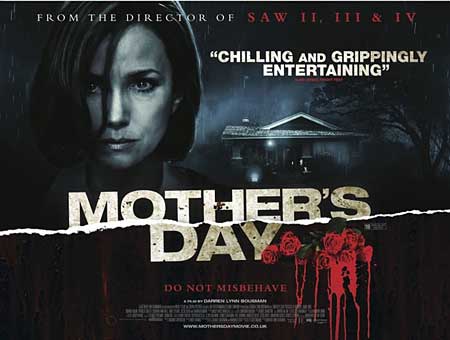 06- A Nightmare on Elm Street (2010)
I’ll be honest, this wasn’t a terrible film. I did however fall asleep watching it, first round.  When I returned the next day to give it shot, I simply found it to be a “lacking version” of what Wes Craven (director of the original) intended. It’s hard to beat the iconic times of the Krueger years. And like in the case of  the film “Underworld 3” (also received poorly when its main character was replaced), we don’t like our heroes and villains substituted. This made this list due to it failing to provide a better version than its predecessor. 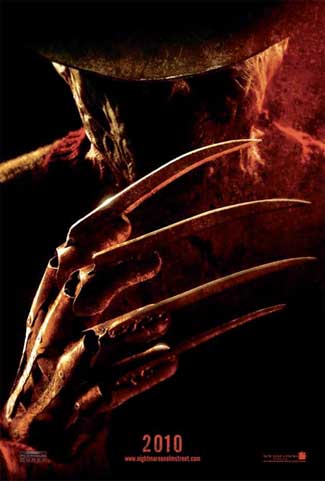 07- The Omen (2006)
This was so awful and unnecessary that I felt sorry for the investors on this movie. The original version of “The Omen” is a regarded classic and disturbing movie. This remake used all the same parts and offered nothing in return. 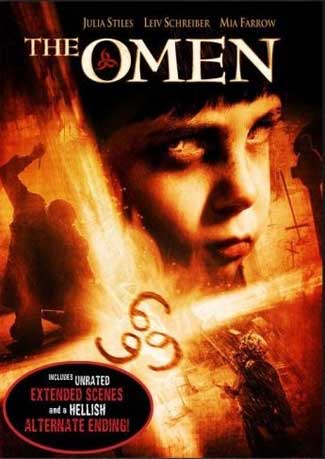 08- Amityville Horror (2005)
This remake of the Amityville classic offered a few good scares which appealed to the generation of our current time4s. It got off track with a few weird inclusions that didn’t need to be included. It also lacked that scary eerie feeling that we felt when the 1979 first arrived. It didn’t hurt that at the time, the real Amityville Horror house was high on the media charts. I’m not so sure about the Margot Kidder inclusion but it did freak people out in the 70s and has made several scary all time list because of it. 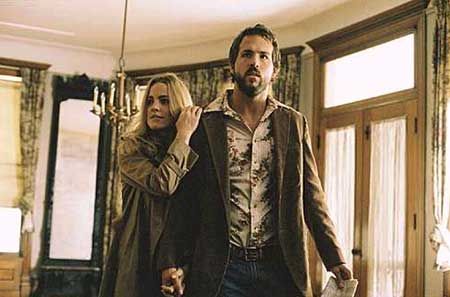 09- Friday the 13th (2009)
Ya, there’s some good things in this film. Let’s face it…Derek Mears was pretty much the reason for that statement. I’m also a fan of Jared Padalecki’s work. However, compared to the Kevin Bacon sporting 1980 model, it was far less effective. Part of this reason was that 1980 was the birth of a new style of films with Friday the 13th leading the pack. Some of those axe splitting scenes were relatively new to our fragile minds at the time and thus unsettling, much the same. 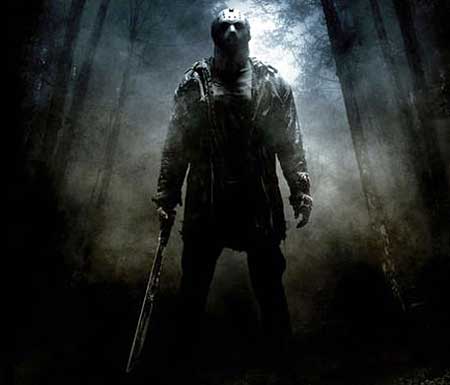 10- Sorority Row (2009)
This 2009 release was pure crap. I absolutely hated it and everything about it. It was a worthy attempt to remake a film that most never heard of any ways called “The House on Sorority Row” (1983), The original was not this great 80s movie that everyone though highly of but it still had 80’s charm. It fit within the slasher mode of those times. “Sorority Row” had none of that. 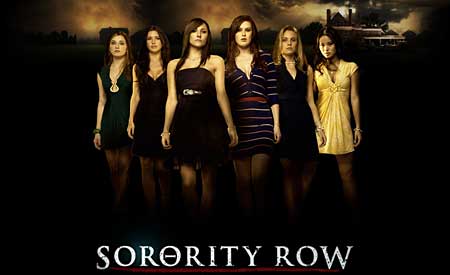 11- Stepford Wives (2004)
What the crap? Stepford Wives, the remake, became a cheesy Nicole Kidman thriller comedy??? Yep you betcha, throw all bets out the window that it can live up to its scary and dark 1975 version. It really is almost unfair to list this as the premise and idea had been totally rewritten to a present day date-comedy movie. Robot wives…aren’t they just diabolical….ok, well not quite……….fail! 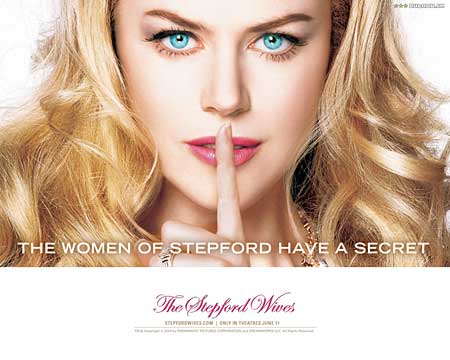 12- Children of the Corn (2009)
There’s not alot to say here….. why bother remaking a Stephen King classic? The answer to that is that this 2009 release was a SYFY TV version. The name itself would obviously pull in a few curiosity seekers with a hope to sell a few DVD’s on franchise. It’s all part of the game that networks play. But in summary, the original “he who walks behind the rows” was the root that we cling to when we think of scary corn fields. 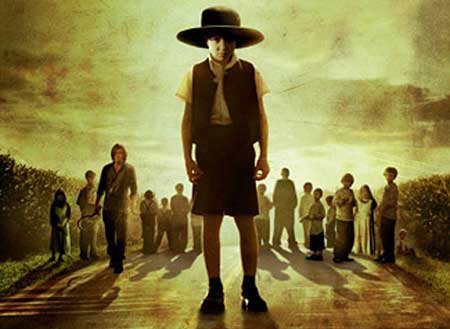 13- Quarantine (2008)
Why Quarantine? You thought this was a great film!?? OK, fair enough. Though even though the film was repeated almost frame to frame from its Spanish version called [REC], it didn’t quite live up. So in essence its an almost carbon copy without the same lasting effect as its Spanish subtitled version. Subtitles are a bitch, but a great film is simply a great film. Quarantine was not as strong as its source. 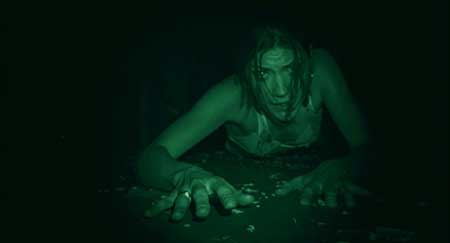 14- The Hitcher (2007)
Wow, they forgot the best parts of the original on this one….Rutger Hauer and C. Thomas Howell. Another one where I failed to see the point for a 2007 version. Oh, that’s right….it will sell a few tickets on name alone. Another attempt at cashing in on an 80’s film…oh well. 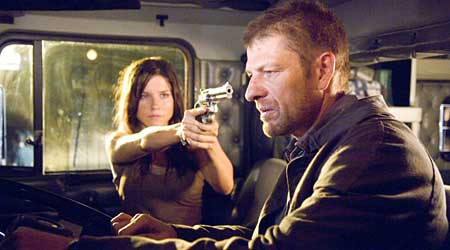 15- Carnival of Souls (1998)
I love the original! The original was damn creepy and unnerving…even if black and white. This cheap piece of crap made in 1998 starred Larry Miller and really had no relation to the its source whatsoever. I forget much of the premise, but tossed it across the room after sitting thru this god awful mess. 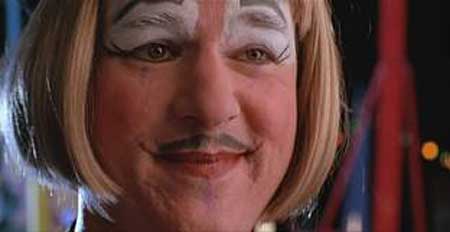