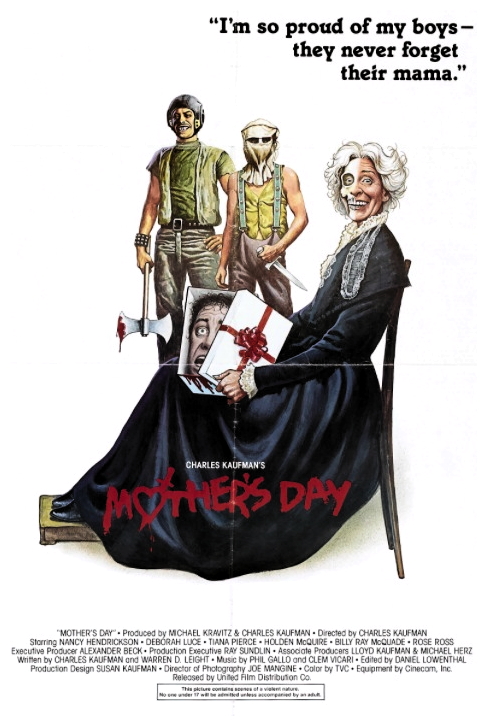 “Join three friends Abbey, Jackie and Trina on a family day out with this bunch of misplaced and mismanaged woodland misfits. See them entertain their hosts with trepidation and anxiety. See their hosts do their utmost to accommodate their every need. See their lust and deranged depravity scale to new heights of inhuman devastation and butchery. Bond with Mother and her extended family for the day and you’ll be sure, by the morning, to be released, and wake up dead.” (courtesy IMDB)

The phenomenal combined success of Halloween (1978) and Friday The 13th (1980) started a bandwagon chockablock full of slasher imitators with a celebratory date or holiday in the title, all of varying quality – Prom Night (1980), My Bloody Valentine (1981), Bloody Birthday (1981), Happy Birthday To Me (1981), April Fool’s Day (1986), Sweet Sixteen (1983) – not to mention the dozens of horror films made to capitalise on Halloween and Christmas holidays. Written, produced and directed by Charles Kaufman, Mother’s Day (1980) focuses on a mentally unstable mother who sends her two deranged sons out to capture and torture a trio of women camping in the woods. Charles is the brother of independent filmmaker and co-founder of the infamous Troma Studios, Lloyd Kaufman, producer of such over-the-top classics as The Toxic Avenger (1984), Sergeant Kabukiman (1990), The Class Of Nuke ‘Em High (1986) and Tromeo And Juliet (1996). 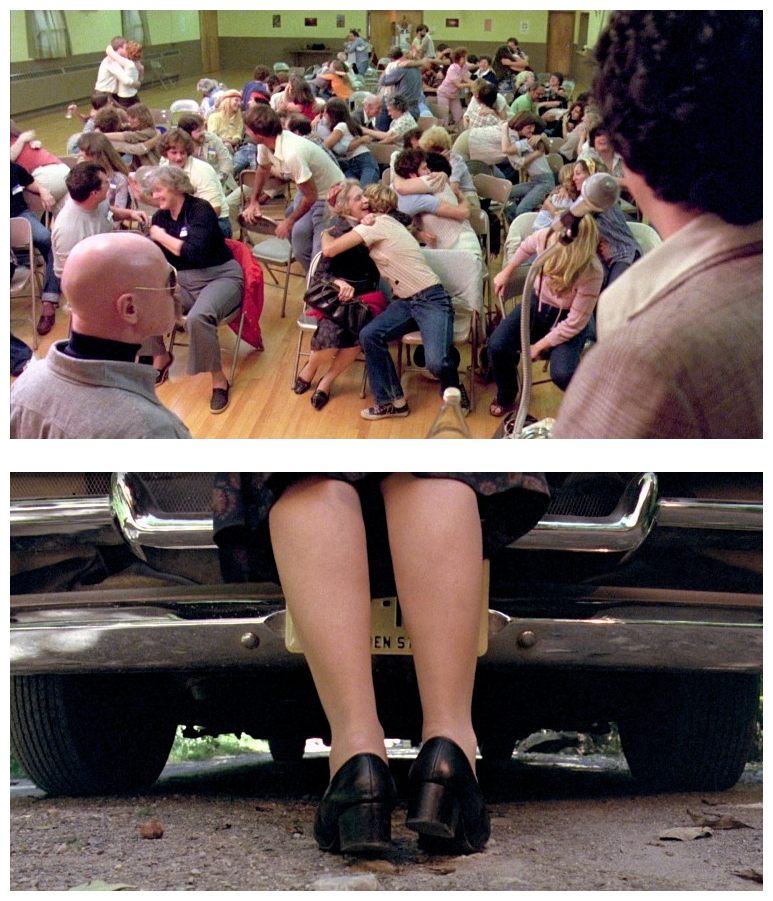 With such a catalogue, it may come as a surprise that Lloyd thought the script for Mother’s Day crossed too many lines and chose not to be directly involved with the making of the film, instead acting as an associate producer only (ironically, the rights of the film now belong to Troma). With its many scenes of violence and rape, the film is most definitely exploitation. Banned from distribution in Britain and Australia, it became one of the infamous ‘Video Nasties’ of the early eighties (it was released in Germany, but only after 14 minutes were removed). Believe it or not, Mother’s Day is inspired by actual events experienced by the director. While in college Charles Kaufman had developed a close friendship and, once they had graduated, they made a vow to spend all their vacations together every year. One particular year they chose a camping holiday. It was on the first night that they began to realise they were being observed by a person or persons unknown. 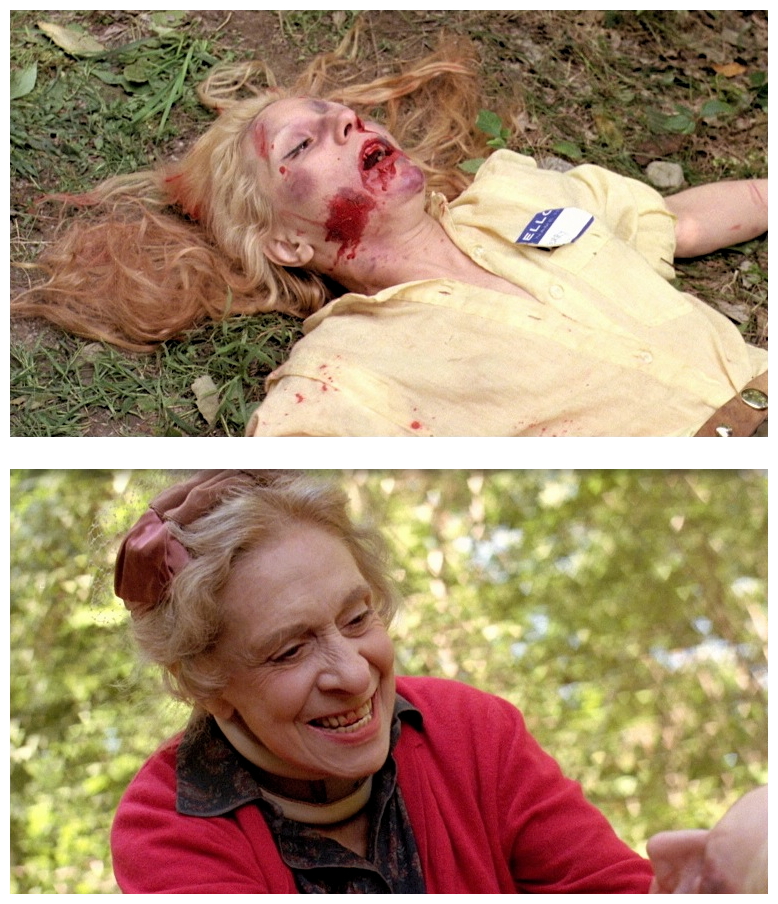 Kaufman admits to a terrifyingly sleepless night with a mad dash to the nearest motel early the next morning. It is this occurrence, taken to its logical horrific extreme that is the central idea of Mother’s Day. Kaufman changes the sex of his campers and puts three college girls – Abbey (Nancy Hendrickson), Jackie (Deborah Luce) and Trina (Tiana Pierce) – through this experience and has them kidnapped by the observers – Ike (Frederick Coffin using the pseudonym Holden McGuire) and Addley (Michael McCleery using the pseudonym Billy Ray McQuade), two subnormal psychopaths who are ruled by the iron hand of their paranoid mother (Beatrice Pons used the pseudonym Rose Ross because her membership in the Screen Actors Guild prohibited her from appearing in non-union films. Pons was so eager to accept the lead role that she voluntarily broke the rules, changed her name and hoped she wouldn’t be recognised or penalised by the Guild). 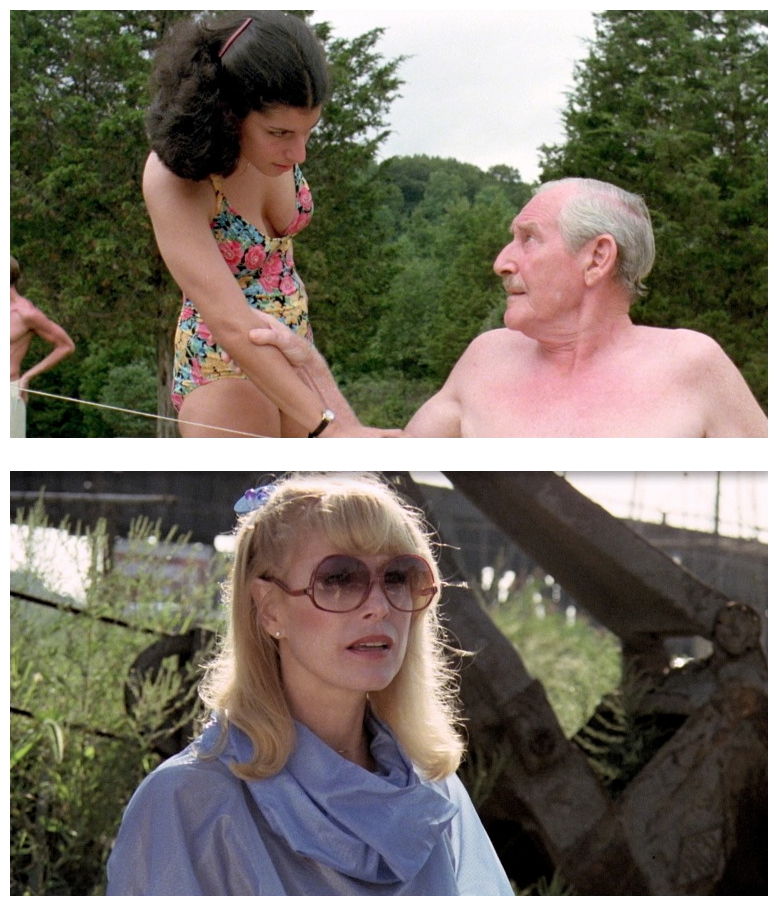 Mother is terrified of the prospect of an attack by her savage sister Queenie, who she is convinced lurks in the woods somewhere surviving on wild animals, so she has trained her two sons in all forms of combat using their kidnap victims in staged muggings or rapes, so she can advise them on their tactical errors. Jackie is forced to participate in one of their ‘games’ and, as a result, dies a slow death. Anyone who really does believe the ludicrous theory that films showing the supposed glorification of man’s inhumanity to woman can deprave or corrupt can take heart in the fact that here, Trina and Abbey escape to fight back with a vengeance. The next morning, the girls arm themselves with weapons and begin to invade the cabin to avenge Jackie. After they brutally kill Addley inside the house, they move his body outside before Ike appears and attacks. He tries to strangle Trina before Abbey pours caustic soda down his throat, seriously harming him. In the process, Ike is injured from a television set slammed into his head by Abbey and is murdered by Trina with an electric knife. 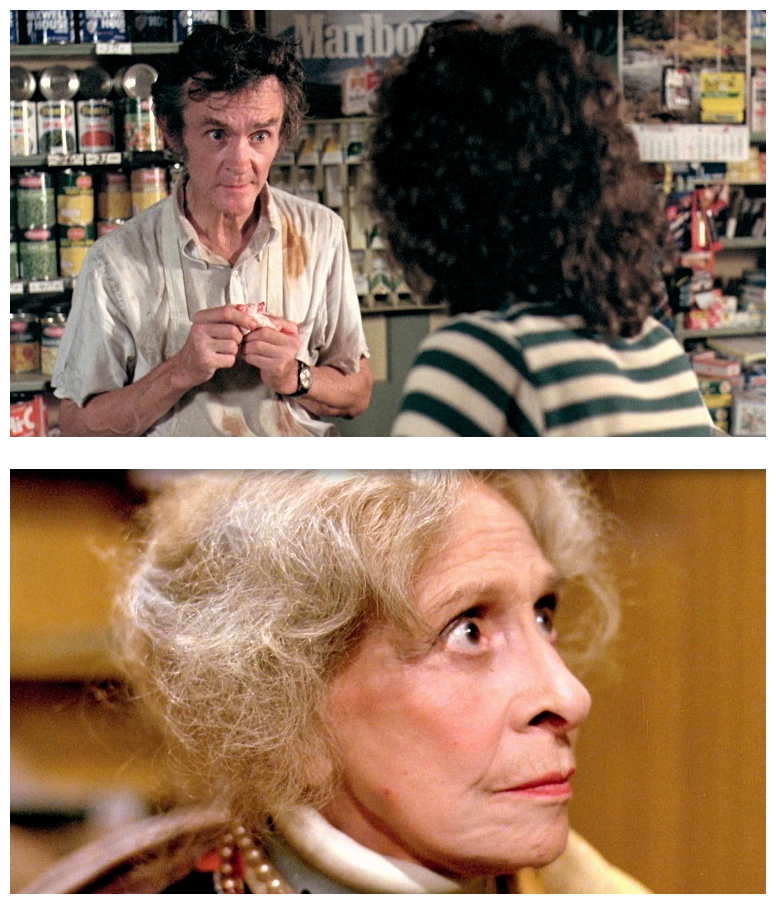 With the brothers dead, the girls gang up on Mother and sadistically suffocate her with a sex toy. With their vengeance complete, the two girls prepare to bury Jackie when the viewer is left with a surprise ending. This kind of film never uses common-or-garden knives or axes, although they are very much in evidence here. It’s the more bizarre and inventive weapons that feature as the murder instruments. Here, for example, Trina and Abbey utilise a radio aerial, and electric meat carver, a can of Drano sink cleaner and a TV set. Mother’s Day is as absurd and horrific as an old EC comic story from Tales From The Crypt or The Vault Of Horror. Its over-the-top gore is quite laughable today, and the film itself is saved from being condemned as trash by its many subtleties and finer points of an above-average plot. There are the usual lapses in logic, which is no doubt the biggest common factor in horror films, but the amusing twist ending redeems all that has gone before. 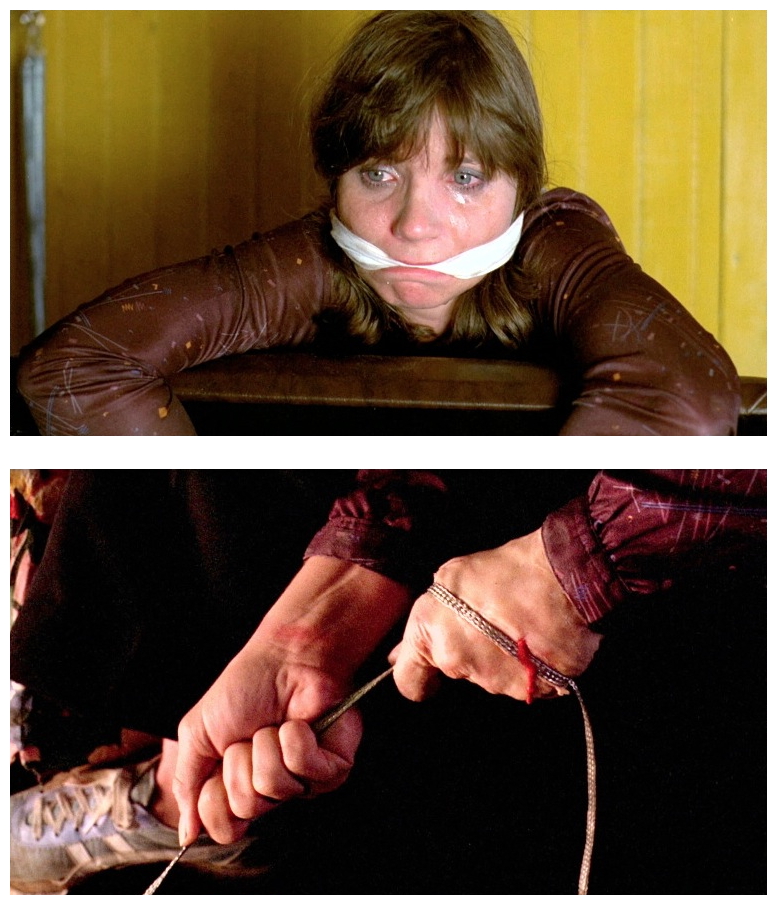 With a budget of around US$115,000, Mother’s Day was made on location in New Jersey, with many of the crew (and Kaufman’s own family) acting in small parts or as extras. The film was not terribly well-received on its original release and got a lot of negative publicity, but has since become regarded as a cult classic over the years. A film entitled Mother’s Day (2012) made the claim that it was a remake, but it’s more like an all-new (and rather lame) story that happens to feature the characters of Ike, Addley and Mother. The original, however, is offensive, objectionable, quite bloody and has no socially redeeming feature whatsoever but, paradoxically, its knowing sense of the ridiculous and its raw energy make it a film to see and enjoy. And it’s with that thought in mind I’ll ask you to please join me next time when I will take you even closer to the event horizon of the insatiable black hole that is Hollywood for…Horror News! Toodles! 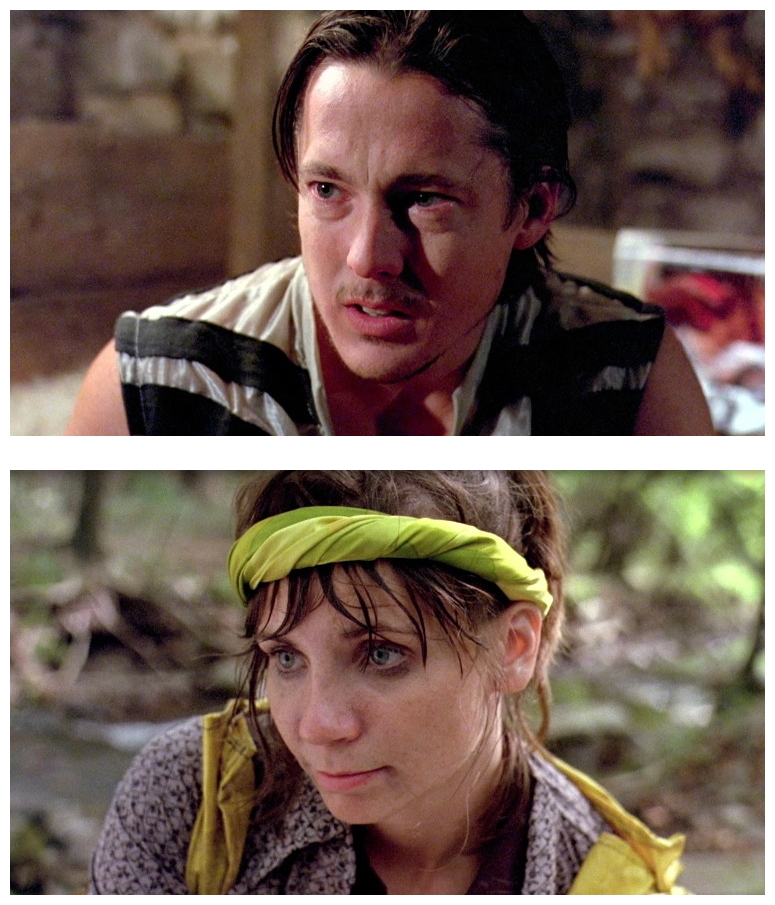