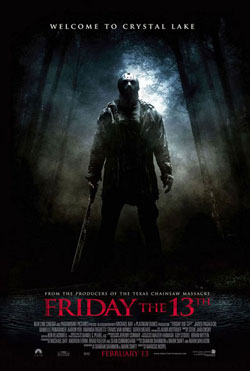 Jared Padalecki, Danielle Panabaker and Aaron Yoo headline director Marcus Nispel’s chilling remake of the classic 1980s slasher-thriller that spawned a legendary horror franchise. Ignoring the warnings of the locals, a group of teenage camp counselors takes on the job of reopening Camp Crystal Lake — on Friday the 13th no less, and raise the ire of Jason Voorhees (Derek Mears), a masked, homicidal maniac.

When the onslaught of remakes began to strangle the Hollywood horror market, I must admit that I adopted a very pessimistic attitude toward the trend. Michael Bay’s The Texas Chainsaw Massacre was a good movie, but it wasn’t really The Texas Chainsaw Massacre in style and in overall feel, and Rob Zombie’s Halloween almost single handily shattered any remaining faith I had in the horror re-hashes. So, when I stepped into the Grauman’s Chinese Theatre to watch Michael Bay’s reboot (or re-imagining, whichever you prefer) of the beloved Friday the 13th franchise, I had already decided that I wasn’t going to like the film.

However, in this case, I was very glad to be proven wrong. The film opens with a scene similar to ending of the first Friday the 13th, where Pamela Vorhees (Nana Visitor) gets her head lopped off with a machete by a camp counselor (Stephanie Rhodes). Young Jason (Caleb Guss) witnesses all of this, and runs off with the machete that killed his mother.

Then we’re introduced to a tech geek fussing with a GPS tracker, Wade (Jonathan Sadowski), and his friends, Richie(Ben Feldman), Mike (Nick Mennell), Amanda (America Olivo), and Whitney (Amanda Righetti), they’re five young adults on a camping trip. Seemingly unknown to the rest of the group, Wade and Richie are using the camping trip as a cover while they search for a hidden grove of marijuana plants, which they plan to take home and sell for a lot of money. After a bit of hiking and a lot of complaining they agree to set up camp at a nearby clearing. Night falls and shortly after, Jason Vorhees (VERY well played by Derek Mears) begins his reign of terror, picking off the group in classic Jason fare, and that was only the introduction! 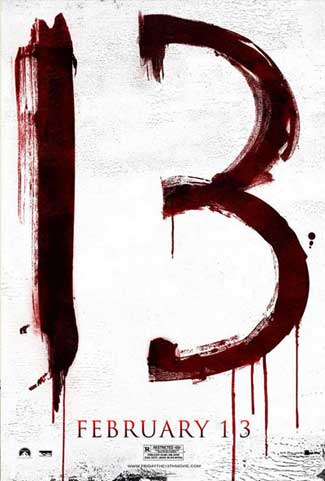 We go forward in time 6 weeks and meet our main group of stereotypes . . . I mean teens, who’s main objective is just to drink a lot of beer and smoke a lot weed: the sweetheart of the film, Jenna (Danielle Panabaker), the classic asshole we all love to hate, Trent (Travis Van Winkle), the funny Asian pothead, Chewie (Aaron Yoo), our blond sexpot, Bree (Julianna Guill), the token black guy, Lawrence (Arlen Escarpeta), and the group of alcohol loving teens is rounded out with the couple, Nolan (Ryan Hanson) and Chelsea (Willa Ford). 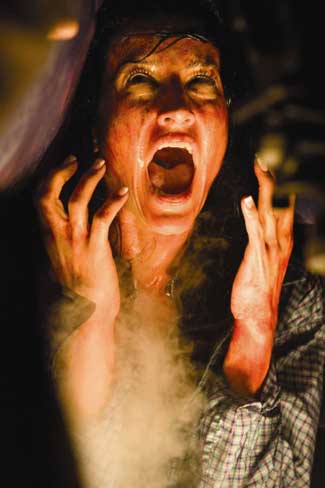 Most of actors play their parts up to par, but not too much beyond that, although I thought Chewie’s dialogue was hilarious and I hated to see him go, but the performance of Supernatural’s Jared Padalecki was one of the film’s highlights for me (Aside from Jason’s killing spree, of course). Jared plays Clay, a man on a search for his sister, Whitney (one of the girls from the first group of teens). I have to say that Damien Shannon and Mark Swift’s writing certainly has matured and improved since their previous outing with Jason in 2003’s fright fest Freddy vs. Jason. 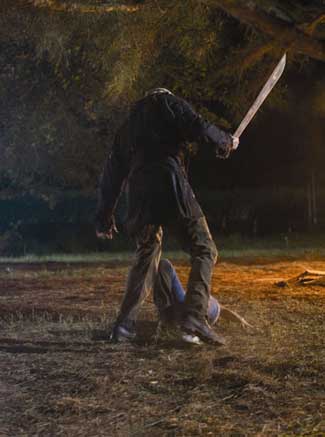 Soon after the partying begins, Jason beings to have some fun of his own. This installment introduces a new, smarter type of Jason, who runs and sets traps instead of just stalking and mindlessly hacking and slashing his way through the cast, don’t get me wrong, however, there’s enough hacking and slashing to please any Friday the 13th fan, but this is a slasher for a new generation of horror fans: Jason 2.0! If there’s a sequel, I really hope Derek Mears comes back to reprise his role. 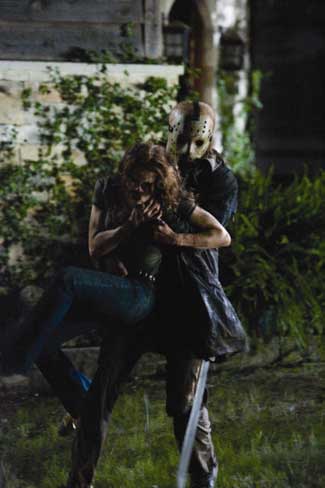 If I were watching the movie as a snobby film critic, I would say that Friday the 13th is a typical slasher film with the usual underdeveloped, cookie cutter characters who are just more meat for the grinder. But, I was watching this movie as a Friday the 13th fan, and this film satisfied that part of me. Jason is back!