For decades now, there has been speculation within the horror movie industry as to what makes a movie ‘disturbing’ and what makes a truly horrifying horror movie. From Cannibal Holocaust to Audition, it’s rather clear that there are a select few directors who know how to properly capture this, often with brutal results. With spoilers following, this is a list of the top 10 most disturbing horror movies of all time.

Editor’s note: Make sure to check out our Extreme films compendium and CAT III films section
While their are several films (100’s) that exceed the extremity level, many of those are not easily accessible to audiences without seeking out bootleg copies

On pretty much any list regarding disturbing, twisted, horrific (you get the idea, this movie’s really messed up) movies will contain this serial offender, A Serbian Film. Quite a conspicuous title with such a horrifically disturbing story. A Serbian Film follows a retired porn star who is asked back to the industry for one final shoot, to which he agrees. Following this, we’re made to witness the most horrific acts imaginable, from paedophilia, newborn baby rape, murder, etc. Does it sound vile? Yes. Is it? More than you could ever imagine. Be warned, this is not a movie for the faint of heart or even for those with a strong heart. Arguably, it’s not even a movie, but simply an insight into human depravity and a sketch from hell. 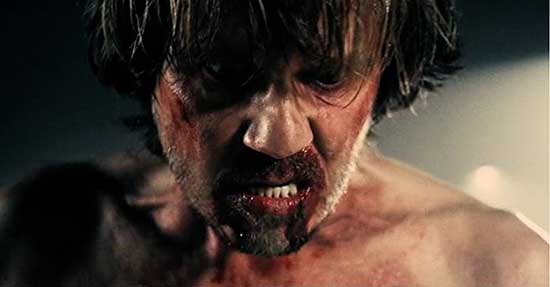 Rather an obscure movie, Anthropophagus tells the story of a group of friends who visit a remote island only to find that its inhabitants have been brutally slaughtered by a mysterious and lurking killer on the island. For the most part, the movie is a rather typical slasher movie, being possibly director Joe D’Amatos’ finest work. However, as the friends are individually singled out and picked off one by one, the infamous foetus-eating scene rears its ugly head. In this sequence, the killer attacks a pregnant woman in the island’s tomb and tears the foetus from within her, eating it in full view of the camera. What makes this so disturbing is that at the time of its release, it was widely believed that this scene was real and that those who had watched the movie had witnessed a legitimate snuff movie. Of course, this was false, but it certainly gives you an indication that this is quite a disturbing movie. In addition to this, the final 10 minutes include an intense chase scene (well, the killer, in true horror movie fashion, simply walks, but it’s intense nonetheless) which will certainly make your hairs stand on end. 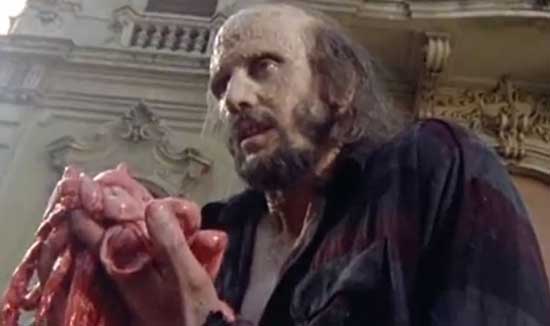 Banned in over 50 countries and feared in every country, Cannibal Holocaust is the master of cannibal, found footage and disturbing horror movies. With this movie being so realistic, the director was forced to prove that the cast of Cannibal Holocaust were alive and well and that they hadn’t actually been devoured by Amazonian tribal cannibals. With real animal killings (at the request of the tribe the crew filmed with), very realistic human killings and a very uneasily disturbing atmosphere, Cannibal Holocaust remains possibly the most controversial movie ever made. Loved by many, feared by more, Cannibal Holocaust captured exactly what it is for a movie to be disturbing – realistic, despairing and vividly violent. All you need to know before watching Cannibal. Holocaust is that it’s wise to watch it on an empty stomach. 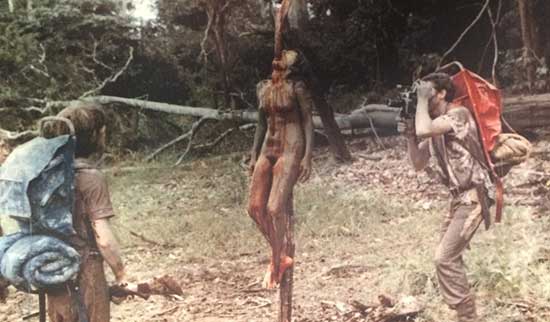 Judging by whether or not you believe that the remake comes even close to the original 1977 movie of the same name, this addition to the list may confuse you. In the 2018 remake of Suspiria, the story of Susie Bannion unfolds as she arrives in 1970s Cold War Berlin so that she can attend the prestigious Tanz Akademie ran by the mysterious Madame Blanc. A spate of disappearances occur on-site and it soon becomes obvious that the academy is host to a coven of witches. Throughout the movie, we see them pick off people, twisting their limbs and contorting their bodies in the most cringe-inducing pain possible, but what makes the 2018 remake of Suspiria truly deserve its spot on this list is the movie’s truly ghastly finale. Deviating from the source material, in the finale it is revealed that Susie is the real Helena Markos (the head witch) and she proceeds to slaughter the witch who is acting as an impostor and then slaughters every last person in the room in a truly beautiful symphony of gore with a smooth spattering of blood in every direction. This isn’t a movie with a happy ending and, if the reactions from cinemagoers who witnessed this for the first time are anything to go by, will stay with you for a long time. 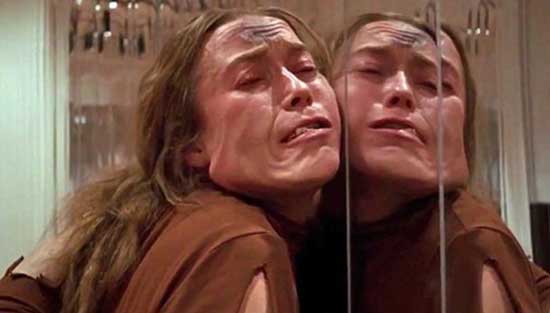 What do dead foetuses in clocks, topless nuns melancholy have in common? Melancholie Der Engel would be the answer to that question. For those unfamiliar with the German language, the title of this exploit translates as ‘The Angel’s Melancholia’, with seems quite fitting considering that this movie could quite easily make even an angel feel melancholic, Describing the plot of this movie is rather difficult; online, the synopsis of the movie is, ‘Two friends meet again to share their last days in an old house where everything happened a long time ago. They gather a group of people, which results in a disastrous turn of events, during which reveals the deepest human depths.’ This doesn’t quite do this piece of abstract cinema its justice – Melancholie Der Engel is a voyage into the deepest caverns of human depravity, degeneracy and doom. 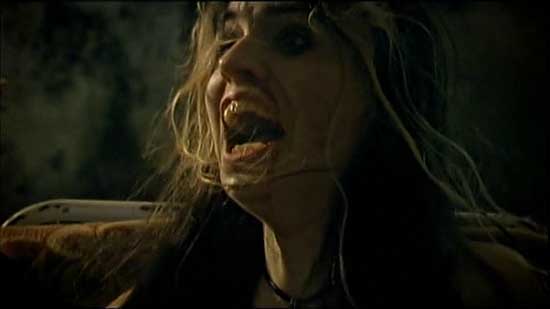 So realistic is Guinea Pig: Flower Of Flesh and Blood, that Charlie Sheen reported the movie to the FBI. The premise of the Guinea Pig franchise itself is rather simple: create the goriest movies possible. Flower Of Flesh and Blood does this perfectly. The plot of Flower Of Flesh And Blood is simple: a young woman is stalked during the night, kidnapped and taken to an unknown location where she is subjected to the most extreme torture imaginable. Before we know what’s going on, we’re witnesses to a sickening symphony of limb severings, decapitation and maggot-filled flesh. Unless your stomach is made of steel, you’ll probably not make it through this one. Then again, are you sure you truly want to watch this on a good conscience? 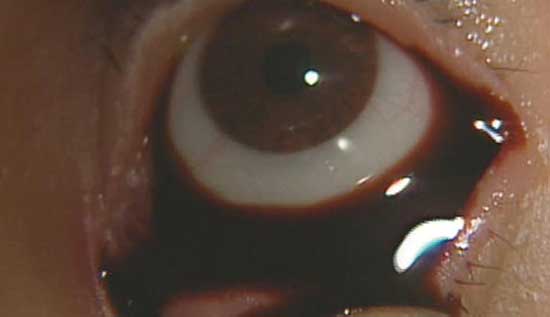 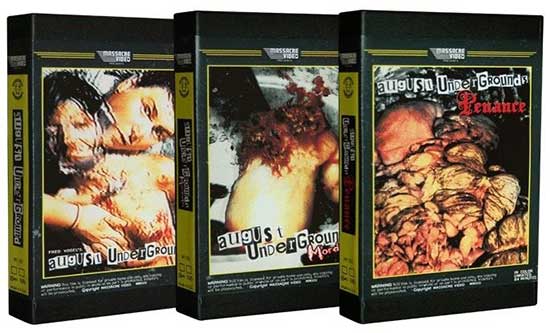 Arthouse horror director Lucifer Valentine’s career-defining trilogy the Vomit Gore trilogy is by far the most abstract entry to this list and of the disturbing themes within each movie don’t scare you, the movies’ cinematography will. Each movie refuses to follow a linear structure and is an amalgamation of demonic hallucinations and visions from the depths of darkness. The audio is purposely distorted, the camera is grainy, the visions are disturbing. All-around, the Vomit Gore trilogy is pretty odd by the offset.

Comprising of the movie titles Slaughtered Vomit Dolls, ReGOREgitated Sacrifice and Slow Torture Puke Chamber, the Vomit Gore trilogy follows the story of a bulimic 19-year-old runaway prostitute who begins to have these disturbing hallucinations. Including scenes such as conjoined twins (at the head) being cut apart, a fingerless girl playing the guitar and a man repeatedly vomiting into a jug and drinking it back again in a viciously vile cycle, you needn’t even ask why the Vomit Gore trilogy is on this list. Director Lucifer Valentine coined his own horror genre (Vomit Gore) in the making of this trilogy and unsurprisingly, his strange fetishistic vision hasn’t gained any traction. Also following this trilogy is an addition to the Vomit Gore trilogy which Valentine creatively named Black Mass Of The Nazi Sex Wizard. If realistic gore, constant vomiting and disturbing sexual themes aren’t your thing, you may want to steer clear of this truly disturbing trilogy.

Asian horror movies often do seem to be a few notches above Western horrors, often with their unflinching willingness to explore depravity, insanity and abstraction, all of which often combine to make horror masterpieces, with Audition being an example of this. Starting off innocently enough, a widower decides to have women audition to be his new wife and so enlists his friend to help him with his conquest. After choosing the woman he likes, it soon begins apparent that there’s something not quite right about her. Without spoiling too much of the plot of Audition, it’s safe to say that this could quite easily be the darkest Asian horror movie of the 20th century. Just what’s being held within the burlap sacks in her apartment? 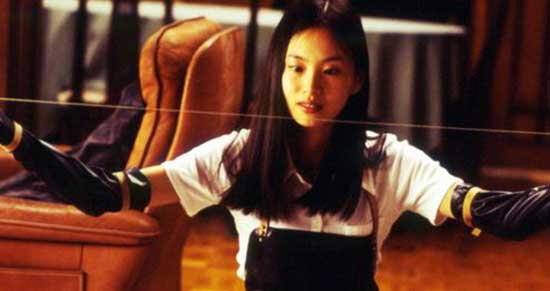 What do severed achilles tendons, secret societies, Eli Roth and Quentin Tarantino have in common? They are all a part of Hostel, a movie which defined the modern slasher in a very innovative fashion. Hostel tells us the story of 3 backpacking friends, Paxton, Josh and Oli, all of whom are backpacking through Europe in the search of hedonistic pleasures. After evading having bottles thrown at them by locals after they are locked out of their hostel, they are invited into an apartment by a young man who tells them to visit a hostel in Slovakia with the promise of sex-starved beautiful women. It soon comes to light that the hostel is a fiendish front for a secret organisation which sells rich folk the opportunity to buy a backpacker in order to torture them in any way desired by the purchaser. Before long, we’re subjected to achilles tendons being severed, a bodiless head, a woman having her eye melted with a blowtorch and a whole manner of unimaginably agonising acts. Any movie which is based upon the concept of a secret society which sells torture chamber sessions to wealthy people from around the world more than deserves its slot on a disturbing movies list.

If you can make it through this list without feeling physically sick, you’re already ahead of the average horror fan. Think you can brave it through all of the movies on this list? What do you think is the most disturbing horror movie of all time?