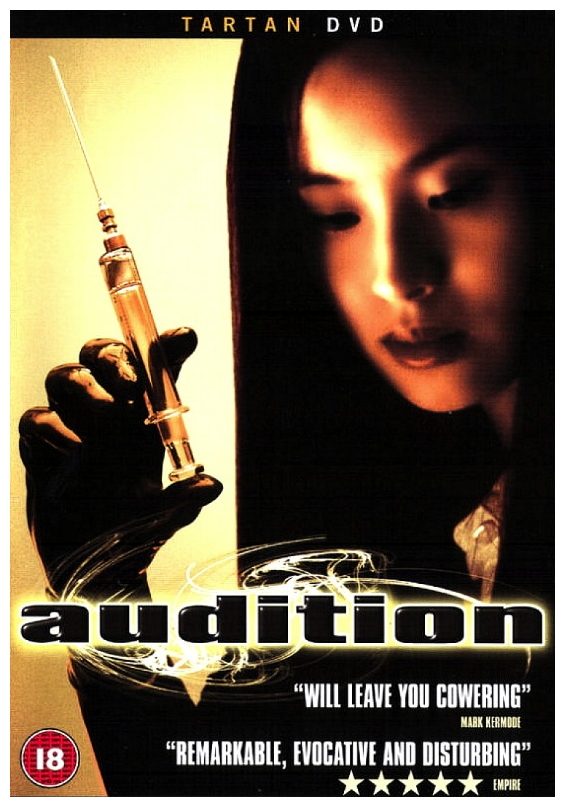 “In Tokyo, Shigeharu Aoyama is a widower that grieves the loss of his wife and raises his son Shigehiko Aoyama alone. Seven years later, the teenage Shigehiko asks why his middle-aged father does not remarry and Shigeharu meets his friend Yasuhisa Yoshikawa, who is a film producer, and tells his intention. However, Shigeharu has difficulties to approach to available women to date and Yasuhisa decide to organise a sham audition for casting the lead actress for the fake movie. They receive several portfolios of candidates and Shigeharu becomes obsessed by the gorgeous Asami Yamazaki. Despite the advice of the experienced Yasuhisa, Shigeharu calls Asami to date and he falls for her. But who is the mysterious Asami?” (courtesy IMDB)

The idea of the so-called ‘cult’ or ‘maverick’ filmmaker took a real beating during the nineties as globalisation made more offbeat and transgressive cinema all the rage, helped by the sudden wild success of the movies of Quentin Tarantino. What happens, of course, it creates a bandwagon leaving an untidy trail of imitators and charlatans. The old guard of cult legends like David Lynch and David Cronenberg continued on their merry ways, but new talent was buried and crushed under a plethora of emasculated horror films, lame political propaganda, and a glut of here-today-gone-tomorrow film-fest wonders. Ironically though, it was within the elite film festival ghetto – the only place where cult directors can be found – that one of today’s most potent examples emerged. Japan’s Takashi Miike is a highly prolific (a hundred different film and television productions since 1991) and controversial filmmaker whose catalogue ranges from family-friendly fare to bizarre violence, infamous for shocking scenes of extreme gore and perversity. 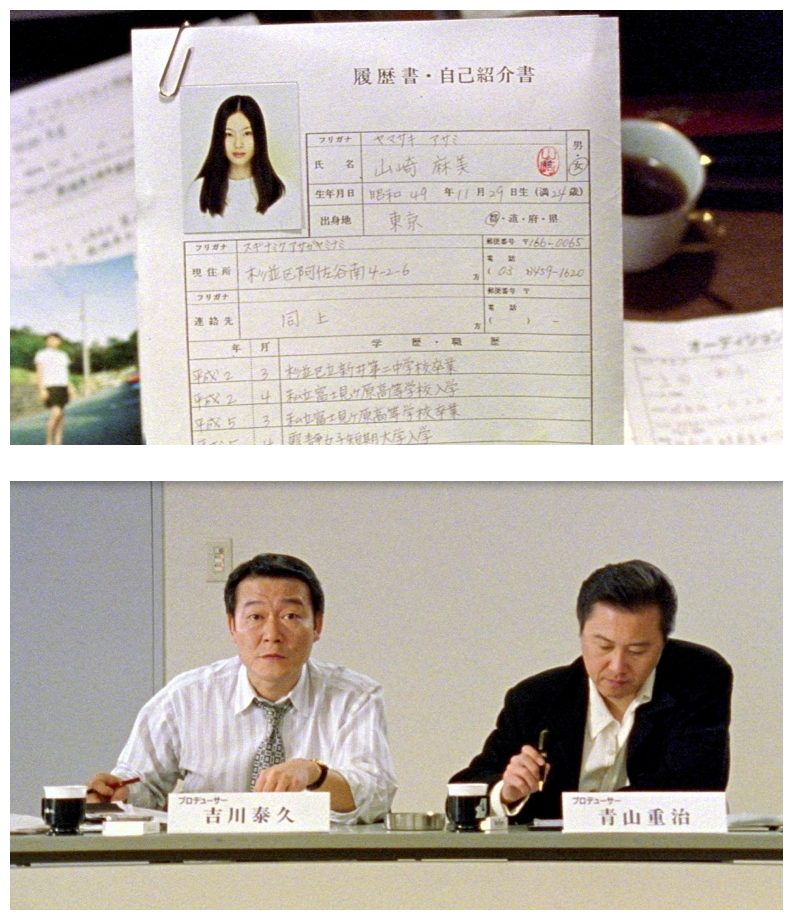 “The directors whose films scare me the most are the ones who carefully hide the aggression in the background and don’t show it directly.” This graphic violence is often delivered in an over-the-top, almost cartoon-like manner, and much of his material concerns criminals, gangsters or foreigners living in Japan. Miike’s movies normally target art-house audiences and horror fans, but he’s also created a number of mainstream commercial hits such as One Missed Call (2003) and The Great Yokai War (2005). Based on a popular novel by Ryu Murakami, Audition (1999) tells the story of Shigeharu Aoyama (Ryo Ishibashi), a widower nearing middle-age who works as a successful television producer. Aoyama still mourns the loss of his wife and lives in a perpetual state of melancholia. His teenage son suggests he find a new woman to cheer him up, and a workmate comes up with the novel idea of holding a fake audition in order to find the woman of his dreams. 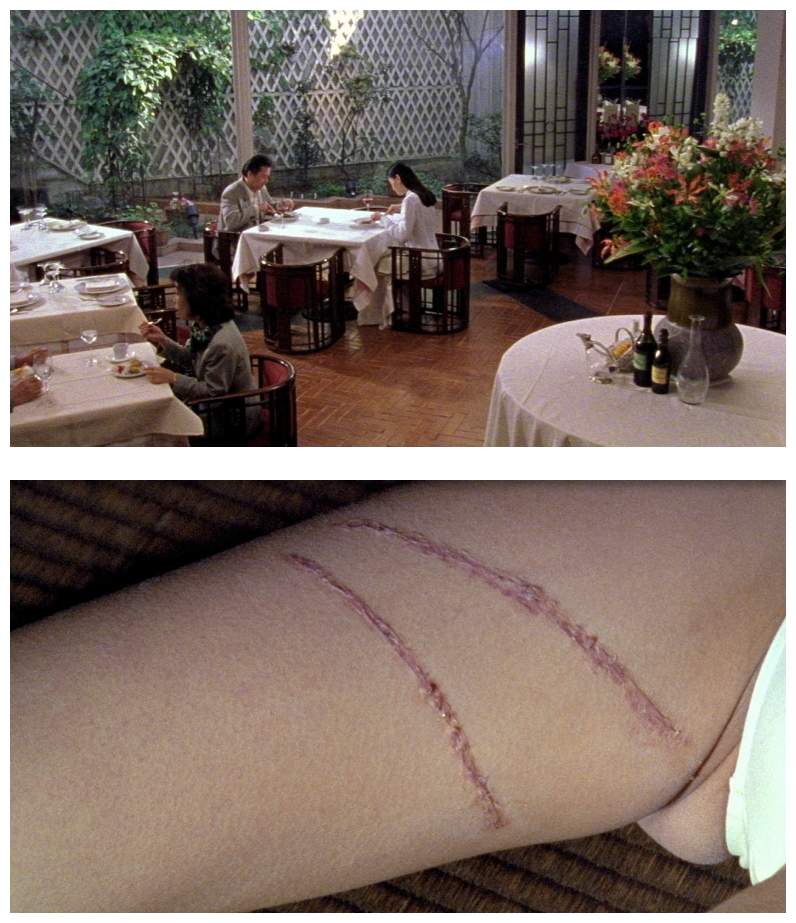 During the audition the graceful and enigmatic Asami Yamazaki (well-known Japanese model Eihi Shiina) entrances him. Before you know it, they’re off on a weekender and things start to get seriously weird. At the hotel, Asami reveals burn scars on her body and demands that Aoyama pledge his love to her and no one else. Aoyama agrees but, in the morning, she is nowhere to be found, so he tries to track her down through her previous workplaces. At a dance studio he meets a man with prosthetic feet and, at a bar, he finds out that the owner had been murdered and dismembered a year before. Meanwhile, Asami goes to Aoyama’s house where she finds a photo of his late wife, so she decides to drug him. Aoyama comes home, pours himself a drink and is immediately effected by the drug. Asami injects him with a paralysing drug that leaves his nerves alert and proceeds to torture him, giggling as she does so. 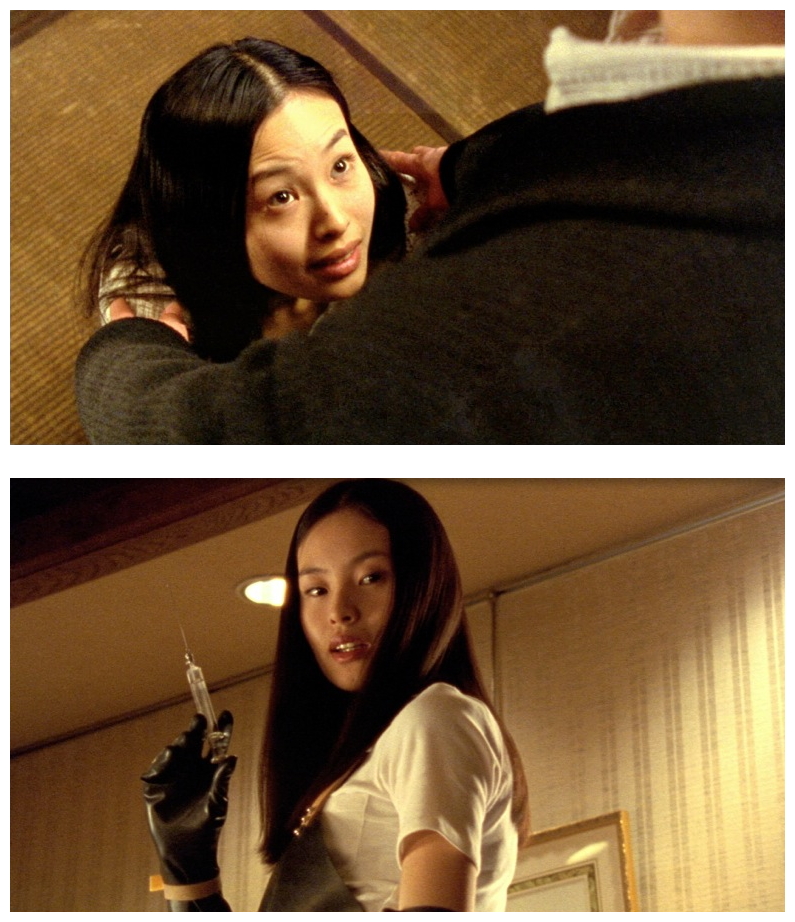 Audition effectively reworks the genre by masking its true intentions behind a wall of melodrama. The first forty minutes are so pedestrian and quaint you’d be forgiven for thinking you were watching some dull European art movie but, as the relationship between Aoyama and Asami starts to develop, the story veers into an extremely dark and surreal realm that would make David Lynch proud. Add to this some of the most intense and painful horror ever put on film, and you have all the makings of a bona-fide cult legend. If there’s one thing Miike seems to have mastered, it’s his crazy fascination with scatology and physical pain. Put simply, he knows how to push those uncomfortable emotional buttons like no other director, except for perhaps the early work of John Waters – there’s shit in Audition you just won’t find anywhere else.

Heavy metal musician and filmmaker Rob Zombie said it was the most creepy, unsettling film he had ever seen, and Quentin Tarantino declared it was a true masterpiece if ever there was one. Audition polarised audiences the world over (Rotterdam Festival had a record number of walkouts and viewers fainted at the Swiss premiere) and through word-of-mouth and sheer audacity, it was eventually given a cinematic release in the United States, Australia and Britain, but only after fifteen minutes of footage was cut. While you contemplate the ins-and-outs of the British Board Of Certification, I’ll quickly wrap up by politely requesting your company next week when I have the opportunity to tickle your fear-fancier again with another feather plucked from that cinematic ugly duckling known as…Horror News! Toodles! 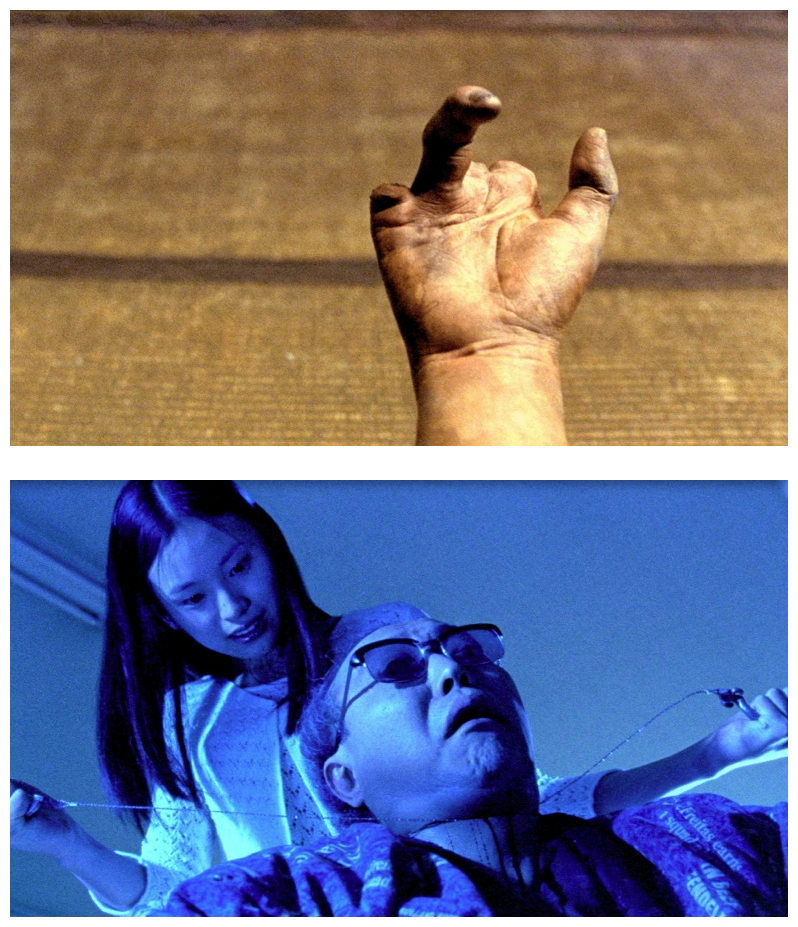