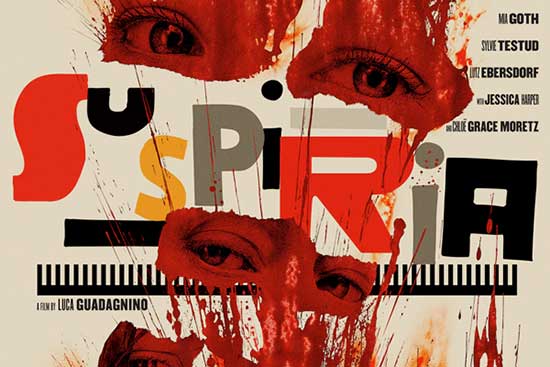 With the recent 2018 release of the remake of Dario Argento’s genre-defining seminal classic Suspiria, the movie has been quite hot in the horror press. Yet again, Suspiria made headlines as recently, Dario Argento stated that the film neither excited nor impressed him, feeling that it betrayed his original masterpiece. Quite a blow to 2018 director Luca Guadagnino’s fresh interpretation of the 1977 classic. It’s only right that we explore the similarities and differences between the brilliant original and innovative remake of perhaps one of the greatest horror movies of all time. 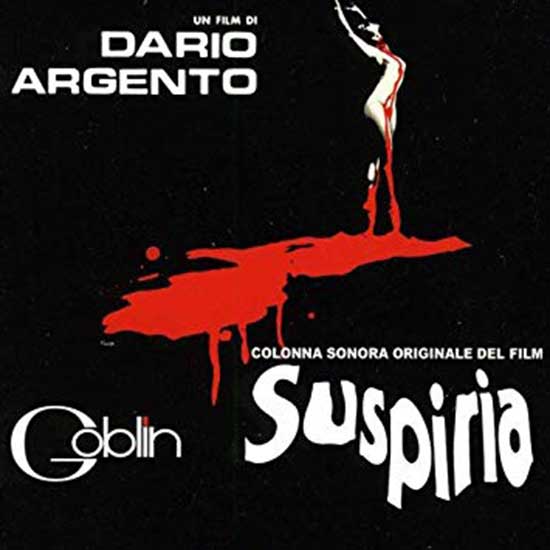 One of the best features of Argento’s 1977 classic is the famous soundtrack by Italian progressive rockers Goblin with the iconic main score featuring a very creepy “la la la” from Claudio Simonetti, Goblin frontman. Not only does the score find itself amongst the ranks of the top horror scores of the ‘70s, it also makes for one of the creepiest scores. During the opening scene of Suspiria, we hear the score playing whilst Susie is subjected to a blustery downpour of rain upon exiting the airport. Pathetic fallacy in play, you may say. All in all, the opening of the 1977 original is pretty eerie and generally creepy.

Contrast this with the Guadagnino 2018 remake where the soundtrack is entirely different. Going for a more ambient and alternative sound, Thom Yorke’s interpretation of the Suspiria score is nothing short of modern genius. Combining ambience, synthesisers and orchestral sounds, Yorke’s soundtrack creates vivid aural hallucinations to induce feelings of dread, confusion and fear. As for the pieces in the soundtrack that aren’t part of the main score (Volk), emotions are evoked that you won’t know you ever had. Are the two soundtracks entirely different? Yes. Do they both sound great? Absolutely! 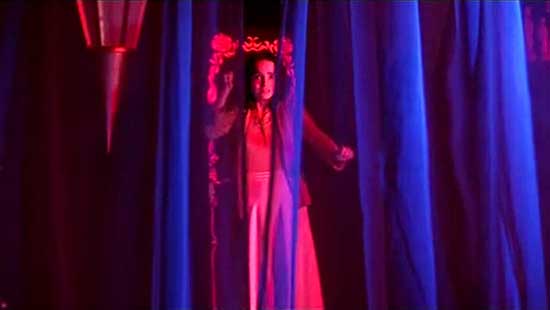 When compiling a list of the most striking and vivid features of Argento’s classic, one of the most prominent components is the colour palette. Bright, vibrant and striking, the Suspiria colour palette truly is a technicolour masterpiece. To achieve this now-iconic look, the movie was shot using Eastmancolor Kodak stock and then printed using the three-strip Technocolor process. As this was outdated by the mid-50’s, Argento had to use one of the last remaining three-strip machines in existence. After completing the colour work on Suspiria, Technicolor Rome dismantled their remaining three-strip equipment. With the vibrant and bulging use of various shades of red, it’s hard to miss out on why the colour palette is so iconic in Argento’s original.

Contrast this with the remake, where the setting is in Cold War Berlin and the use of the dreary atmosphere is utilised to coincide with the lack of bright colours. Snow, nightfall and dull grey concrete structures swarm the screen as the full effects of Cold War Berlin are set into play, vying for one depressing colour palette and generally unsettling atmosphere.

Being the main protagonist of both versions of Suspiria, it’s definitely necessary to see how the two compare. Played by the brilliant Jessica Harper in Argento’s version (who, according to Argento whilst on a 2017 panel, was chosen because she has “big eyes”) and by the beautiful Dakota Johnson in Guadagnino’s version, Susie has been portrayed as a shy and timid, yet still brave young woman. In Argento’s version, Susie is a curious and friendly character, slowly coming to terms with her surroundings whilst in Guadagnino’s version, Susie is initially a shy and quiet character until we eventually find out that she is an incarnation of the real Mater Suspiriorum, the very witch who is one of the Three Mothers. Quite the deviation from the original, this version of Susie isn’t the undoer of the evil Mater Suspiriourum, but Mater Suspiriorum herself in a twist that neither the viewer nor the witches in the remake ever saw coming. 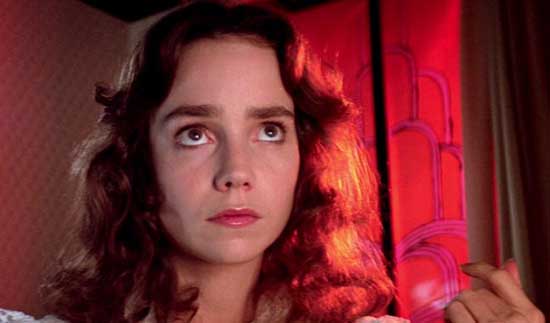 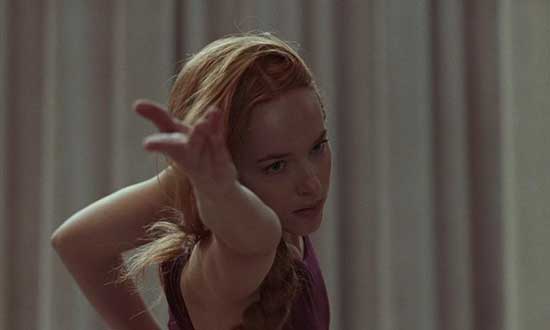 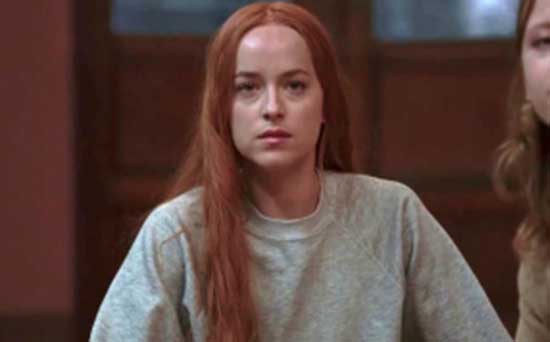 As 2018 remake actress Tilda Swinton so beautifully puts it, Guagadnino’s reimagination of Suspiria follows 4 different protagonists at once, rebelling against the conventional Hollywood style of a straight narrative following only one or two protagonists. Each life is interwoven beautifully following the stories of Susie, Sara, Jozef and Madame Blanc in a way that is rarely seen in any movies. Set in the Cold War in 1977 Berlin, Suspiria’s remake follows the original’s basis of a young dancer, Susie Bannion, moving from America in order to make her name at the prestigious Tanz Akademie under the mysterious Madame Blanc. 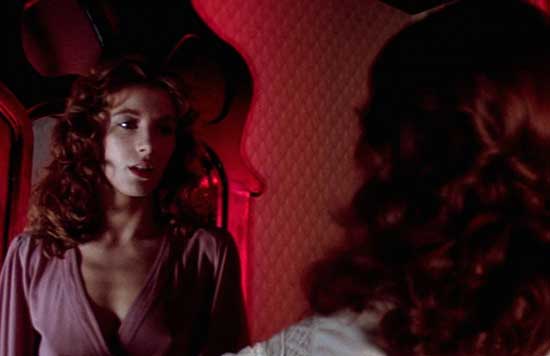 Unlike in the original, it’s made obvious rather early on that the dance academy is the home to a coven of malevolent witches who seek to use their dancers for rituals in order to aid their rebirth. Whilst the movie explores Susie’s spiral into the influence of the evil witches, we also witness Dr Klemperer’s personal detective work into the happenings at the academy. 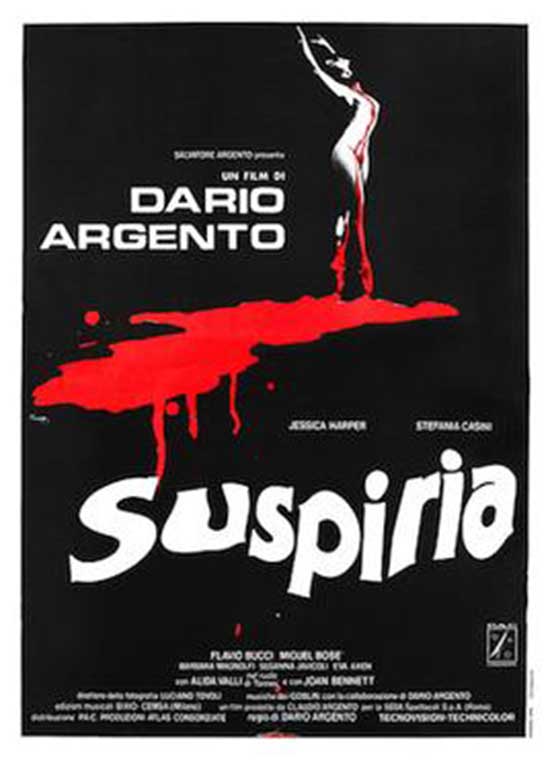 As this is all happening, we are slowly introduced to the young and vulnerable Sara’s life as she gradually realises that something is afoot at the prestigious academy. This is all whilst we are witnesses to Madame Blanc’s attempts to rein in the witches’ brutality in order to properly carry out the rebirth rituals needed in order to further the coven’s wishes. All four stories are interwoven into perfection that would be difficult to emulate so gracefully in future. 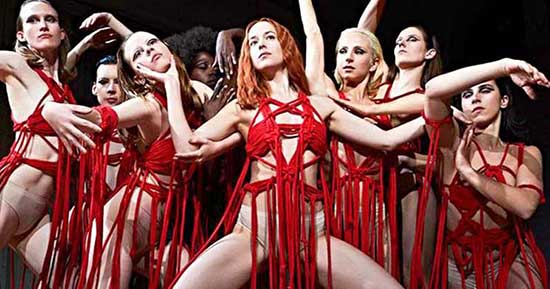 Compare this to the 1977 classic where the narrative follows the story of Susie, a very talented dancer who travels to Freiburg to be part of the acclaimed dance academy under the supervision of Madame Blanc. Susie soon finds that the strange disappearances and occurrences alluding to the academy aren’t coincidental and gradually begins to realise the extent to which there’s foul play afoot. Whilst Argento’s classic plays out as a unique take on the slasher genre, Guadagnino’s reimagination works out as a slowly burning amalgamation of interwoven narratives. 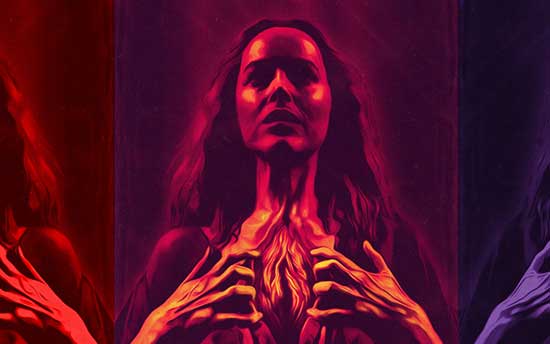 The tagline of the original is, ‘The only thing more terrifying than the last 12 minutes of this film are the first 92’, which seems pretty apt for the finale of both versions. In the original, the finale is rather explosive, with Susie finally venturing into the witches’ lair and killing the evil Helena Markos (which, in turn, kills the other witches), causing the whole lair to explode. Markos defeated and Susie victorious, she walks off into Freiburg happily, grinning to herself. In contrast to this, the remake’s finale is nothing short of an absolute bloodbath. 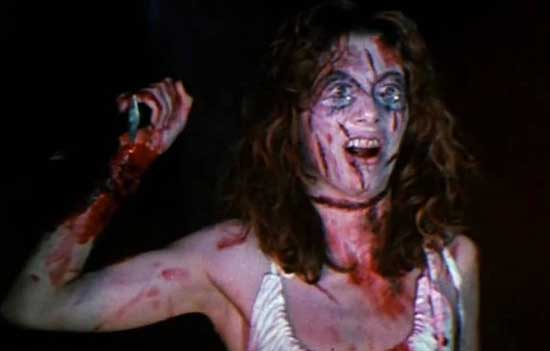 With Susie venturing down into the witches’ lair, it’s revealed that she is the real Mater Suspiriorum and she has every witch who voted for Markos over Blanc to be their leader slaughtered in a truly bloody fashion. Heads exploding, blood spraying everywhere and an unusually emotional mercy killing of Sara and Patricia (helped along with Thom Yorke’s moving score entitled ‘Unmade’ for this scene), this finale is one to truly behold. Not only is it bloody, brutal and ghastly, but it also signifies a truly nihilistic truth; the good ones never win.

Love them, hate them or haven’t watched them, it’s up to you. Suspiria has been a beloved entry into horror history ever since its 1977 release and Argento’s masterpiece has cemented itself amongst the greatest pieces of horror cinema available. Does the Suspiria remake betray its source material?