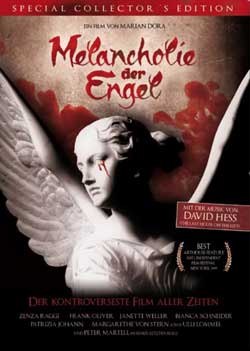 Two friends meet again to share their last days in an old house where everything happened a long time ago. They gather a group of people, which results in a disastrous turn of events, during which reveals the deepest human depths.

Melancholie der Engel is quite the notorious film, directed, not coincidentally, by an equally controversial filmmaker, Marian Dora (see also Cannibal, Debris Documentar, and Reise nach Agatis). I’ve seen this movie praised for its arthouse qualities, its vision, its cinematography, and I’ve seen it slammed for its pretentiousness, its filth, and its cruelty to animals. I’ve seen it compared to the films of Jorg Buttgereit (Nekromantik, Der Todesking) as well as those of Lucifer Valentine (Slaughtered Vomit Dolls). Some have even spoken of Dora’s second full length film (and full length is right, this giant weighs in around 2 hour 38 minutes) and Salo, or the 120 Days of Sodom in the same breath. So what’s the big deal about Melancholie der Engel anyway, what’s it all about? Good question… 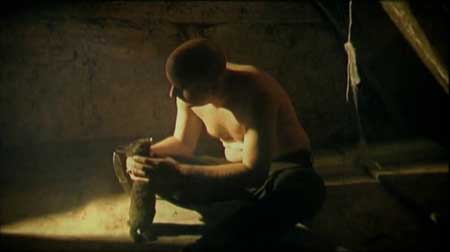 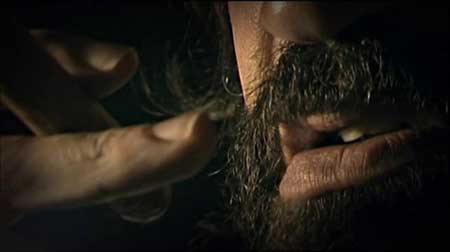 Symbolism aside – I’m sure the director had a specific idea in mind, and I’m sure different audience members will get different messages out of the film depending on their own experiences and outlooks, so I’m going to leave that to the individual to determine – Melancholie der Engel is a disturbing, brooding, and, to be honest, pretty nasty German film full of death and darkness. We open with a couple guys (Brauth and Katze – adult film star Zena Raggi and first-time actor Frank Oliver) meeting a couple girls (Melanie and Bianca – Janette Weller and Bianca Schneider, both in their first roles) at a carnival and moving on together to a pub for drinks. After meeting up with a third woman (Anja, played by Patrizia Johann), the group heads out to a house in the middle of nowhere. By now, we’ve already seen a bunch of disturbing images intercut into the story – burnt doll heads attached to bones, bugs crawling over everything, a flashback of a pregnant woman chained up to a wall – but once we reach the house, that’s when everything starts getting progressively weirder. And filthier. 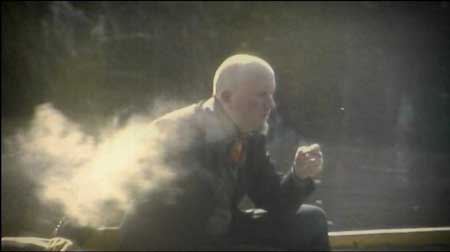 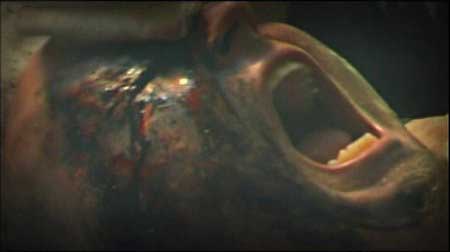 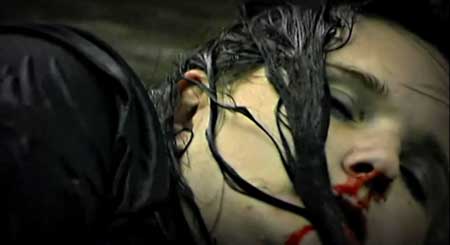 So all these people are together in a house, and then an old man (Heinrich, played by Pietro Martellanza, best known for Tears of Kali) comes along with a girl in a wheelchair (Clarissa, Margarethe von Stern from Andreas Bethmann’s Help Me I Am Dead). I don’t know how else to describe it other than saying that from here on out, all characters are abused or tortured or belittled or hurt in some way, all inexplicably leading up to what might be called an orgy of death. There is talk of spirits and demons and ghosts, there is talk of a mysterious event from the past, there is talk of a change for the future, but the story itself is lost amongst everything else and we find ourselves watching disgusting and/or horrifying scenes but not sure what it all means.

Don’t get me wrong – Melancholie der Engel is shot beautifully. The cinematography is amazing. The whole thing feels like a nightmare, a vivid, disturbing, pretentious nightmare. If there is a strong point to this film, it is definitely the visuals. And to be honest, the acting isn’t bad either. In fact, each individual scene is well done and effective on its own, mixing a highly disturbing feel along with a high-art vibe and ending up with a Marian Dora film. But there are two big problems with this movie, the first one being the mistreatment of animals. This was made in 2009, you mean to tell me you couldn’t work some effect magic to simulate the deaths of the pig and frog and lizard and cat and who knows how many other animals? You simulated a burning human, a colostomy, a rape or two, and even some bestiality, but you couldn’t make a fake frog? And not only are they killed, for “art,” but in a very nasty way – a lizard squished under foot, a frog squeezed to death, a cat’s throat slit. Not cool, Dora. 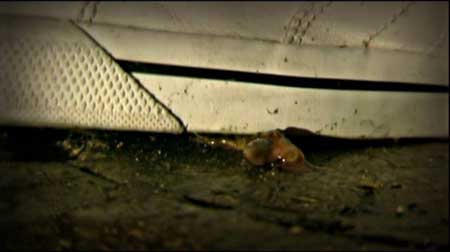 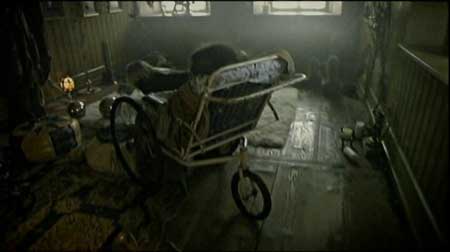 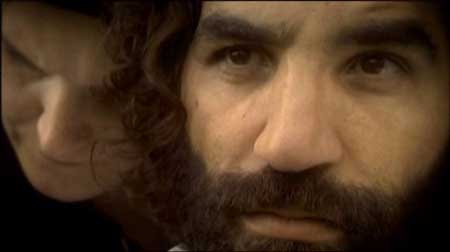 The other problem I have with Melancholie der Engel is that it seems to all be done for the shock as opposed to the story. No doubt some art school film critics will disagree, and so be it, but what’s it all about? Aside from a secret between the men (which we learn a little about near the end) and the theme of death from beginning to end, it seems many of the scenes, while great looking and effective, are just there for that. We get so many gross shots, but what do they have to do with the big picture? A pig is slaughtered, a woman is raped, and a nun (Martina Adora) strips off all her clothes and throws her cross away, and all are juxtaposed against each other. Snails are placed all over the house, and when one has its eyes cut off (for real, of course), another character violently goes blind. Melanie and Bianca are tied together and put in a barn, then chased by Heinrich. Anja vomits and pisses alone in a room. Clarissa is pushed to her limits, then wheeled to the edge of a cliff. Melanie has her period and rubs it and a spool of videotape all over herself after watching a woman murdered on her TV. These are all shocking scenes, and only a taste of what is in store for the viewer, but when all is finished, most will ask themselves “what was it all about?” 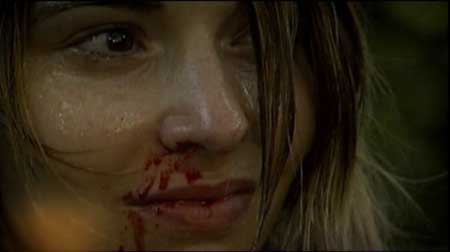 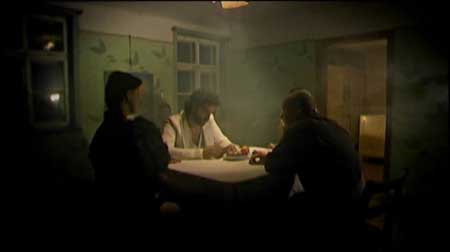 If you like art films as well as scatological torture of young women (you have to like both), and you can handle pretentious dialogue and depictions of real animal death, AND you’re a fan of Marian Dora’s work (a lot of criteria to fill here), you might want to try and hunt down Melancholie der Engel. See what you can make of it. I have a couple theories, you might come up with a couple as well, and I’d be willing to bet we’re all wrong. If you can stomach it, I recommend giving this film a shot, if for no other reason than to experience it yourself. I wouldn’t say that I liked it, but I am glad to have made it through to the end. Now, if you’ll excuse me, I’m going to go take a nice, long shower.