After extensive research, watching decades worth of horror movies and TV shows, reading novels and comic books, I have come to a profound conclusion in my search for the best year for horror.

No, I am not referring to the horrors happening out in the real world (okay, I actually am, but we’ll get to that in a moment). You cannot deny how extraordinary of a year it was for the horror genre in a variety of mediums. Ghosts monsters, witches, aliens, psycho killers, and stranger things all had their moment in the gaslight in 2016.

Don’t believe me? Let’s take a look at a few:

The Witch – Much like Paranormal Activity back in 2009, The Witch was written and directed by a first time player, and quickly gained traction as a must-see flick in early 2016. It plays out like an old-fashioned folk tale for the most part, creeping us out more and more with an uneasy sense of paranoia and delusion — but by the end, it was clear that this arthouse horror was more disturbing than a thousand slasher sequels. 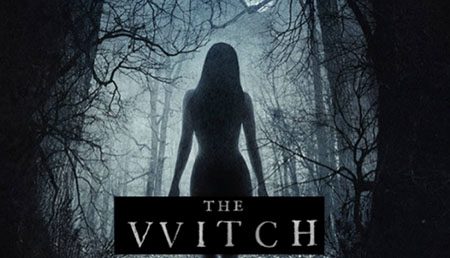 Don’t Breathe – Those who think that there isn’t an original horror flick anymore need only look at Fede Alvarez’s take on the home invasion genre. Don’t Breathe flips convention by making us to identify with the invaders as opposed to the victim. Few horrors cram so many twists into 90 minutes without feeling rushed, but Don’t Breathe does so, and does it well, leaving you gasping from beginning to end.

The Conjuring 2 – Those Warrens are at it again. Based on the real paranormal investigators whose encounters influenced a number of horror flicks, including the Amityville Horror franchise (which was also portrayed in the opening sequence of this film). In this sequel to the 2013 film, Ed and Lorraine Warren investigate a malicious spirit – infamously known as the Enfield Poltergeist – haunting a mother and her four children. This hair-raising sequel represents the very best of big budget horror filmmaking, thanks to the keen eye of director James Wan. 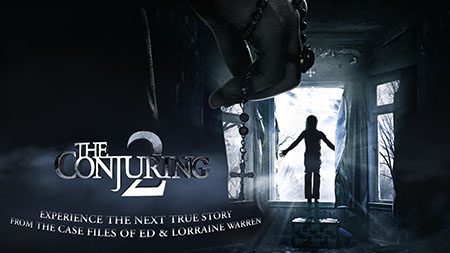 Lights Out – Based on a chilling short film that has most likely popped up on your social media feed every now and then over the last few years, Lights Out is definitely one to watch with the lights on if you don’t want to soil yourself.
What makes Lights Out so effective is that it takes full advantage of that primal fear of the dark that almost everybody has felt at some point in their lives. 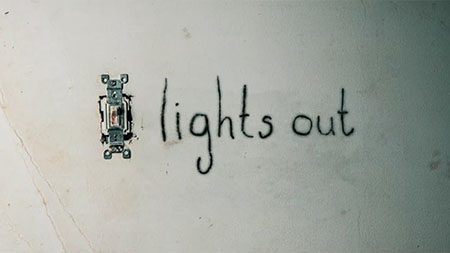 The Shallows, 31, Green Room, Under the Shadow, Hush, Train to Busan

Two films released this year, Blair Witch and 10 Cloverfield Lane, are going to be remembered more for their tactics to remain a complete mystery just before their release, rather than the actual films themselves. As with its predecessor, 10 Cloverfield Lane had a viral marketing campaign which consisted of an alternate reality video game. It wasn’t until the first trailer was released in January that audiences were ecstatic to find out it was a sequel to the found footage film from 2008. Speculation ensued until the films release in March. Though many were disappointed it was only a sequel by name, the film received mostly positive reviews for showing us that monsters do truly come in all forms.

A much more direct sequel to the original in both story and style, The Blair Witch was marketed as another found footage flick entitled The Woods. It wasn’t until a trailer was released at San Diego Comic Con in July that the film was really The Blair Witch, and followed the brother of one of the student filmmakers from the original, searching for his sister in the haunted woods. However, film itself was not well received by critics and fans alike, and was a dud in the box office. 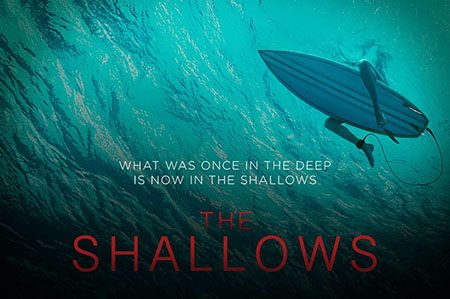 Stranger Things – A true nostalgia trip to 80’s sci-fi and horror films such as The Thing and E.T., Stranger Things was the biggest watercooler show of the year. With genuine creeps and terrific performances from the teen stars, Stranger Things is a wholeheartedly original series while still feeling all too familiar (in the best way possible). With its Spielberg-ian childlike sense of adventure, that synth opening you can’t get out of your head, Stranger Things is exciting, heartwarming, scary, and one of the best binge-worthy shows in years. 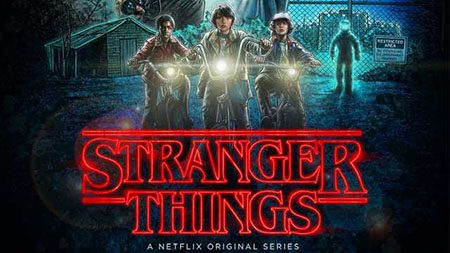 The Walking Dead – It was the season finale that left us terrified and wondering, “who met Lucille” for six months. And it was the season premiere that left us with this sinking feeling of dread and sorrow for two beloved characters, one of which had been a mainstay since the very first episode. The introduction of Negan was nothing short of eye-popping (pun intended). Jeffrey Dean Morgan has given us an utterly horrifying villain for Rick and the other survivors. It’s hard to see how they are going to get out of this in one piece (unless you’ve read the comics). What these two episodes of The Walking Dead have shown is that the real horror aren’t the hordes of zombies (excuse me, walkers), but the sociopaths living amongst them. And, to quote Negan, “we are just getting started.” 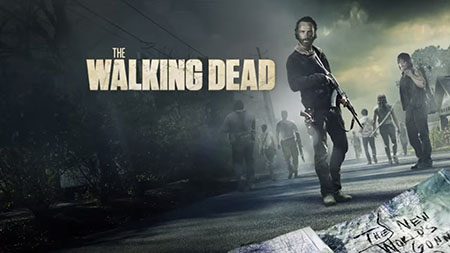 The X-Files – After 14 years (8 if you factor in the movie), Mulder and Scully return to one of the greatest sci-fi/horror shows of all time. Though it played out as more of a six-episode mini series, it certainly left the door open for the duo to return. Fans were pumped to finally figure out if the truth was still out there. And it ended up… decent. Granted, the nostalgia of having The X-Files back on television was a heck of alot more exciting than the actual 10th season. But it was still a great trip down memory lane with familiar faces, and tropes, and catchy opening theme with this beloved series. 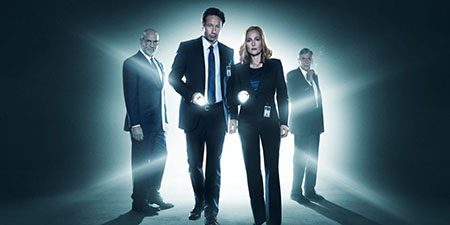 American Horror Story: At the very beginning of the year, Lady Gaga won a Golden Globe for best actress in a Limited-Series or TV Movie for her performance as The Countess in AHS: Hotel. Then, over the summer, were nearly 30 ten-second mysterious spots for the new season, each with their own horror theme that misdirected eager audiences. When it was finally revealed as AHS: Roanoke, the creators changed the format of the show to be a mix of talking heads, dramatic recreations, and found footage. 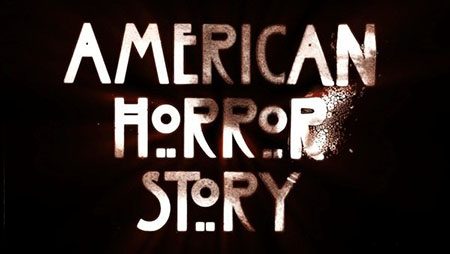 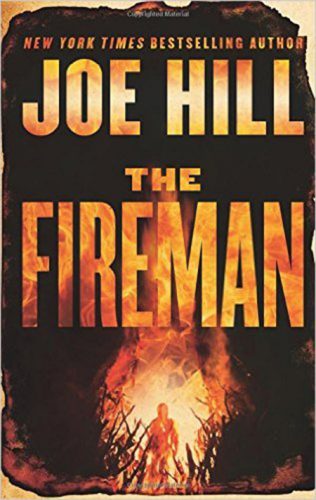 The Fireman by Joe Hill – The son of one of the greatest horror authors of all time (Stephen King) is drifting further and further away from being labeled as, ‘the son of the one greatest horror authors of all time,’ if he has not done so already. When a terrible plague of spontaneous combustion is spreading like wildfire, it’s up to a group of heroes, led by the enigmatic Fireman, to stop it.

Fellside by M.R. Carey – Carey’s follow up to the immensely popular The Girl With All The Gifts, Fellside doesn’t entirely fit into the horror genre, but rather a paranormal/mystery/drama with some horrific elements, all bundled up in a wonderful package of imagination and creativity. The story follows Jess Moulson, a junkie convicted after she set fire to her apartment complex following a heroin bender, accidentally killing her neighbor’s ten-year-old son. Jess is haunted the moment she arrives at Fellside, not only by the ghost of her accidental victim, but also by the shame, loneliness and guilt she feels from all the mistakes she made in the past.

The City of Mirrors (The Passage #3) by Justin Cronin – The final book in Cronin’s The Passage trilogy, this epic story is about a world destroyed by a virus that turns people into vampires. The final volume is a worthy conclusion that still leaves the possibility of further stories in the universe. The entire trilogy spans a thousand years, The City of Mirrors takes us back to the origins of the outbreak, and the man who would become patient zero – the first vampire.

F***ING CLOWNS – This goes beyond Pennywise or The Joker. This is real. Communities around the country have been perturbed by sightings of clowns or clown-related threats ranging from flat-out hoaxes to actual credible events. People have been arrested. Schools have sent out warning letters to students and parents. The police issued warnings about dressing up as a clown on Halloween. Social media is crawling with creepy, homemade clown videos. It’s a perfect representation of the world we live in today. Let’s take something that brings people joy and entertainment, and make us scared to death of it. 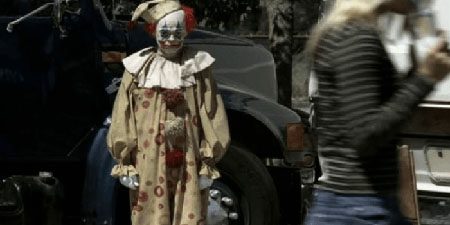 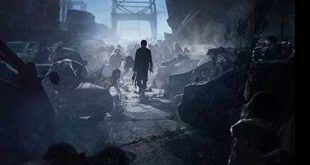