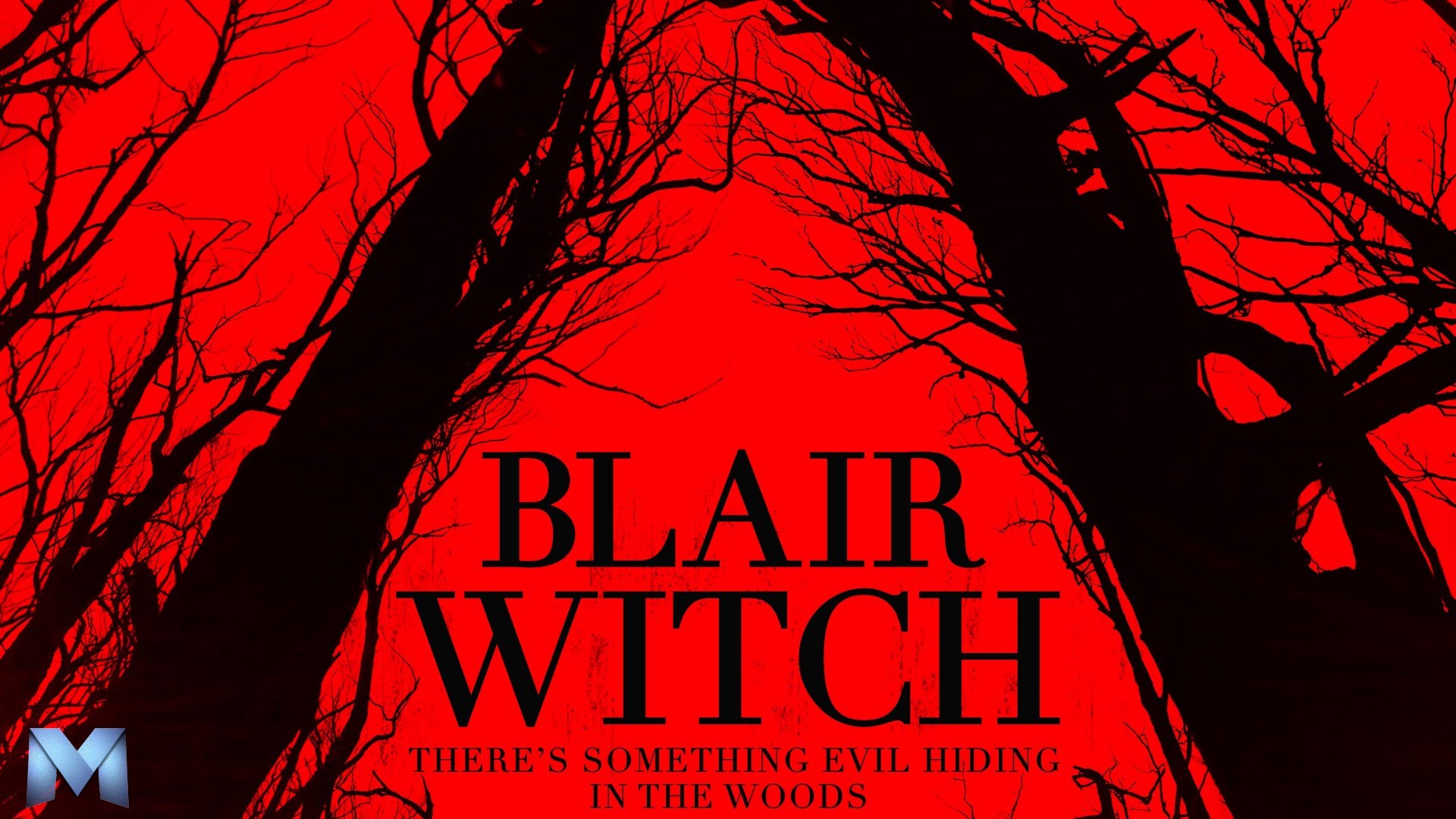 After discovering a video showing what he believes to be his sister’s experiences in the demonic woods of the Blair Witch, James and a group of friends head to the forest in search of his lost sibling

The year: 1999. In that year, a film called The Blair Witch Project was released to audiences after one of the most brilliantly conceived & executed hype campaigns ever devised basically had the entire world waiting to watch it. Its final worldwide gross ended up at nearly $250,000,000 dollars, which isn’t too shabby a return on a budget rumored to be no more than $60,000.

The year: 2000. Thanks to the incredible success of the first film, a sequel (of sorts) was released. Entitled “Book Of Shadows: Blair Witch 2“, it took a different approach to the source material, and suffered mightily for it. Its final worldwide gross ended up at just under $48,000,000, not too terrific when it cost $15,000,000 to produce – but still a relative success.

The year: 2016. Writer Simon Barrett & Director Adam Wingard decide that it’s time for a proper sequel to the original film. After originally being announced as “The Woods“, its true title was revealed to be “Blair Witch” a few weeks before its debut. And once the world found out that it was really a sequel, certain unnamed outlets immediately began calling it things like “A New Beginning For Horror Films“, “One Of The Scariest Movies Ever Made” and “A Truly Terrifying Cinematic Experience“. 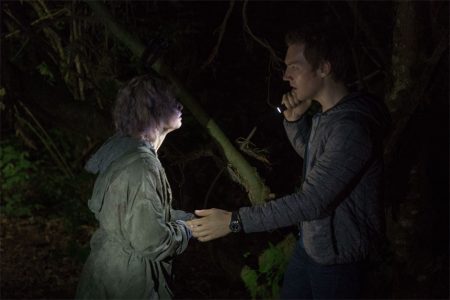 Pardon me if I refuse to suck on the teat of the hype machine. But this is a load of bunk.

But I’m getting ahead of myself, I’ve a tendency to do that. Allow me to recount the plot (such as it is) to you.

James (James Allen McCune) has been trying to find out what really happened to his sister, Heather, who went off into a part of Burkittsville, MD some years ago with a few of her friends to record a documentary called The Blair Witch Project some 17 years ago. As you well know, none of them were ever seen again, but James has come across a snippet of a online video that seems to feature his long missing sister in it for a second. So he gets a few of his friends together to find the house that video was filmed at, and hopefully find his sister. In addition to the friends he brings, Lisa (Callie Hernandez), Ashley (Corbin Reed) & Peter (Brandon Scott), James agrees to bring along the couple that found the videotape that he saw online with his sister on it. So Lane (Wes Robinson) and Talia (Valorie Curry) come along for the adventure. All of them are equipped with some pretty high tech gear, and seem fully prepared for whatever the foreboding forest might hold, but their gadgets are no match for Elly Kedward (The name of the titular character), and her little stick thingies that she likes to hang on trees while you’re asleep… 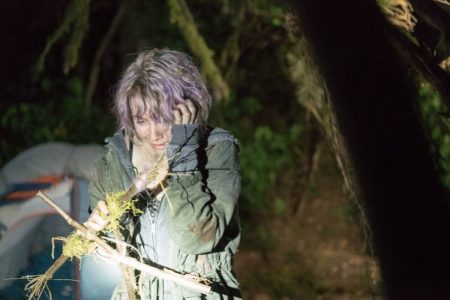 That’s about the size of it. Blair Witch calls itself a sequel, but in actuality it hems pretty closely to the original plot, so it feels a lot more like a remake – a much glossier remake. But it does literally nothing to advance the legend behind the story (Save for giving the audience a quick glance or two at what Elly really looks like. Here’s a shocker – she’s not attractive). What we’re subjected to is gonna be quite familiar to everyone who saw the original film, this one holds no real surprises. The performances are pretty much the best thing about this mess, everyone involved seems to be fully invested in their characters. Sadly, Barrett’s script doesn’t give the audience any reason to care about any of them, and, true to the standard tropes of this kind of film, they all do really stupid things to move the plot along. 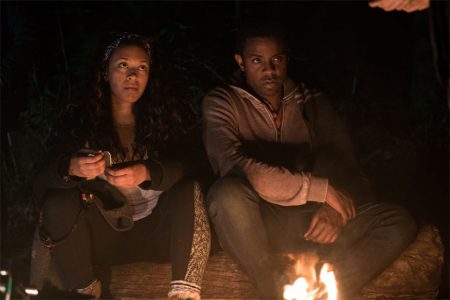 Wingard does a good job directing his actors, and cinematographer Robbie Baumgartner makes the woods of Burkittsville look effectively dark and endless. But all of that work means diddlysquat when there isn’t a single solitary scare in their film. Let me repeat that, There isn’t a single solitary scare in this film. There’s the occasional attempt at a jump scare, but audiences today are far too savvy to fall for that crap anymore. Especially when the scares are as poorly set up as they are in this film, you’ll see them coming a mile away. The film methodically eliminates everyone in its cast, and does so without much rhyme or reason. One second, someone is pulling a twig outta their leg, next second they’re being dragged away by someone, or something. It gets dull really fast. 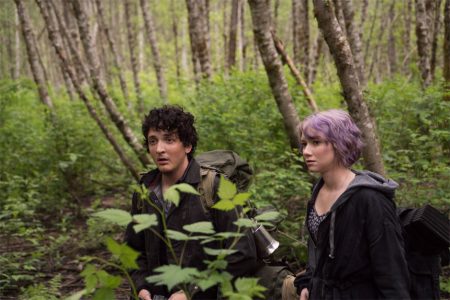 It all culminates in a showdown at the house where the witch is thought to live (The same house Heather ended up in in the original film) that’s a celebration of all things shaky cam. Mind you, the entire film is riddled with shaky cam madness, but Wingard takes it to the next level during the finale. It’s a master course in shaky cam aesthetics, and if you don’t like watching films shot in this style, stay far away from this one because it’s gonna drive you batty. The final third of the film goes so nutty with shaky cam, it’s nearly unwatchable. Which is sad because it’s when the film finally comes to life. The house where the finale takes place is a marvelously designed, MC Escher inspired nightmare of twisty hallways, endless doorways and tunnels – and it’s legitimately frightening at first. But it loses a lot of its power to frighten almost immediately, thanks to the wacky shaky cam action. 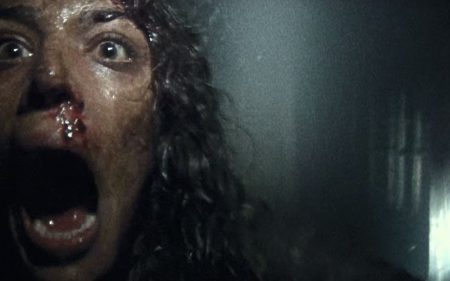 What ticks me off about Blair Witch isn’t so much what the film makers did as much as it is what they didn’t do. They didn’t put much effort into delving into the mythology behind the legend, they simply applied a spit shine to the original film instead. Films like this anger me, and while I’m positive it’ll have its defenders, I wonder what they’ll think of it in 10 years time? Say what you will about “Book Of Shadows: Blair Witch 2“, it at least tried to do something different with the idea. It failed miserably (although I don’t think it’s anywhere near as bad as most do), but it tried. All Blair Witch does is trot out the same old found footage tropes that we’re all used to, and adds in a few high tech gadgets to the mix. It’s telling that early in the film, one character says “Boring” in regards to what they were doing, I wonder if they knew just how right they were? 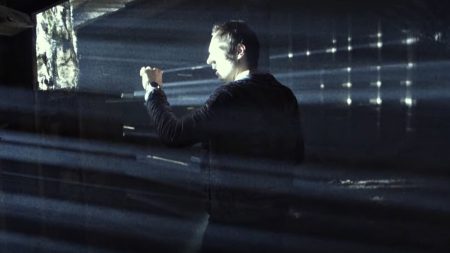 Normally, even though I might despise a movie, I’ll give it a half a shroud because it’s a movie. It ain’t easy making a film, so I normally give them credit for that much. But I’m of a mind not to give the makers of Blair Witch any credit whatsoever, because they made a movie that was completely unnecessary. A boring remake masquerading as a sequel that simply does nothing it sets out to accomplish. And I’m not saying this because I’m jaded, I’m saying this because I believe I’m right. What’s even worse is that both Wingard and Barrett are extremely talented people who’ve made some fine films in the past. It just cores my apple when I see them wasting their considerable talents on drivel like this. Had someone at Lionsgate slipped me a few shekels like I suspect they did to some other folks, I’d gladly give this crud a five shroud review – I’ve got no shame. But they didn’t, and I won’t. Blair Witch is one of the worst films of the year. A scare free mess of a movie that might nauseate some audience members with its heinous use of shaky cam, and anger a lot more because of its near duplication of the original film’s plot.

Take some advice from me & my buddy Flavor Flav, and don’t believe the hype.