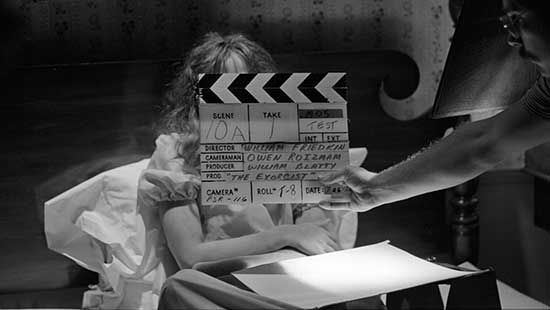 Throughout a body of work that includes Doc of the Dead, 78/52, and Memory: The Origins of Alien, Alexandre O. Philippe has developed his own brand of “cinema essay,” exploring the art of filmmaking and its practitioners. His latest is an exuberant, lyrical endeavor that unpacks William Friedkin’s 1973 masterpiece, The Exorcist. Philippe and Friedkin embarked on an epic six-day conversation—modeled after the Hitchcock/Truffaut interview—that forms the film’s narrative spine, delving into Friedkin’s influences (from classical-music structure to Carl Dreyer’s Ordet), his theory of the “rosebud moment,” the intricacies of adapting William Blatty’s novel, production intrigues, and even actor Max von Sydow’s faith.

Philippe finds in Friedkin a philosophical Renaissance man compelled by the mysteries of fate and faith. Friedkin examines the swirl of creative decision making that defines film directing in a broader sense, and his ability to articulate that largely intuitive process is extraordinary. For his work to be illuminated by such a penetrating analysis is a gift to all cinephiles.