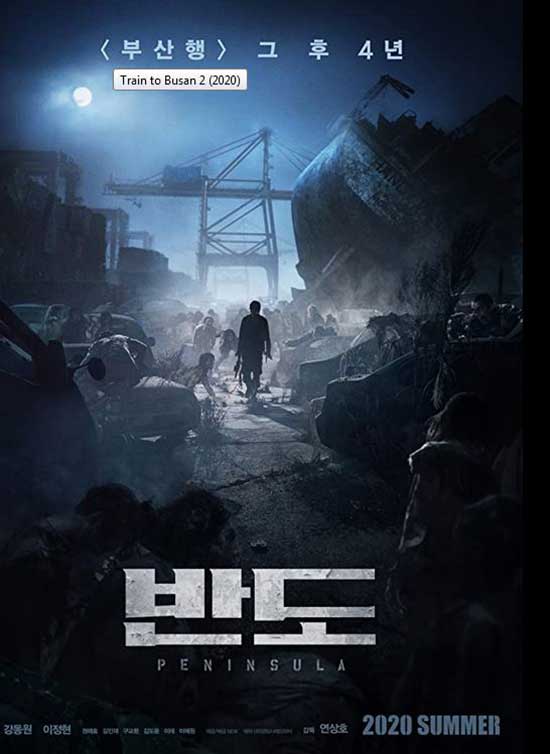 A zombie virus has in the last 4 years spread to all South Korea. 4 Koreans in HK sail thru the blockade to Incheon for USD20,000,000 on a truck.

I am historically not a great fan of the zombie films. I have my favourites, but it is certainly not my go-to sub-genre in the world of horror cinema. However, Sang-ho Yeon’s 2016 zombie thriller Train to Busan (Busanhaeng) caught my attention straight away and indeed it ended up on that list of zombie genre favourites. It delivered tense atmosphere, characters you could relate to and genuinely terrifying version of the living dead; basically, everything that a solid zombie flick should. So, with this in mind, the news of the sequel was more than welcome and ever since the film was first announced I have been eagerly waiting to see what it has in store.

Peninsula does not directly continue the story of Train to Busan, but rather offer a completely new stand-alone tale set in the same universe. Taking place four years after the initial incident, it follows Marine Captain Jung-Seok (Dong-Won Gang) as he trying to make ends meet in the underworld of Hong Kong. Guild ridden, traumatized and without options, Jung-Seok takes on a task to return to the Korean peninsula and retrieve an abandoned food truck containing 20 million US dollars. Of course, as it so often is the case, a simple in and out mission gets side-tracked right off the bat and soon Jung-Seok’s is not only battling the living dead but a rogue militia group out for blood. With the help of local family, he must find a way to retrieve the truck and his satellite phone in order to return to Hong Kong.

With the fantastically suspenseful ambience of Train to Busan in my mind, I had high hopes for Peninsula. Obviously, I knew it was not going to be anything similar as the setting of the story was completely different, but still I dared to hope something slightly out of the box. While I was not completely disappointed, I do have to regrettably say that Peninsula does not get to the same level of tense, on-the-edge-of-your-seat kind of storytelling that its predecessor did. Instead it falls into the trap that so many zombie film sequels do, which is to pay less attention to the story and characters and amp up the action as high as possible. More guns, more explosions, more zombies, seems to be the mantra that any filmmaker making a zombie sequel follows, and Peninsula is no exception.

The intimate and claustrophobic feel of the first film is but a mere memory as Peninsula jumps straight into action with hordes of undead adversaries charging after their prey in a bleak, post-apocalyptic city scape. The characters, while perfectly likable (or alternatively, dislikeable,) all serve their purpose in the story, but are left sorely underdeveloped and mostly fall into common zombie genre stereotypes, offering no real surprises or intrigue. Same goes for other tropes used.  Inventive survivors distracting the swarm of zombies with fireworks and remote controls cars, and military groups gone insane with power and controlling the streets with vicious a sense of justice, all seem awfully familiar from genre offerings of yesteryear. 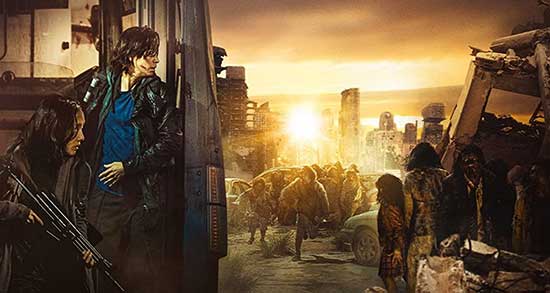 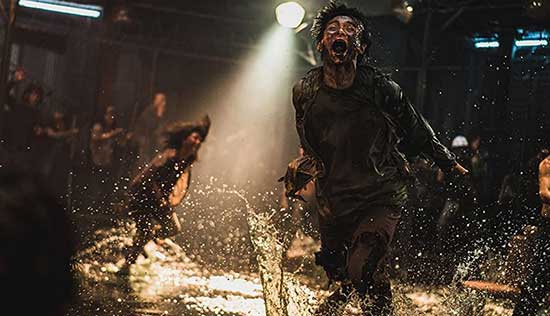 However, clichés to one side, Peninsula does deliver a very entertaining two hours. The pace of the film is fast but works perfectly well with its action pack content and it’s safe to say that there is not a dull moment in it. Zombies look fantastic and the acrobatic, laws of physics defying way they reanimate from a dead body is refreshingly horrendous. Same goes for the hordes of the undead pouring out of windows, doors and over obstacles like some sort of terrifyingly animated wall of flesh, bringing to mind the nightmarish body horror illustrations of the great manga-ka Junji Ito. Bullets fly freely, only the quickest will survive and you know that by the end of it, most of the characters will end up dead.  It’s all very familiar, yet still very engrossing and certain to keep you watching.

While Peninsula does not quite offer the same levels of claustrophobic horror of its predecessor, it is still a perfectly enjoyable package. If you’re a fan of the more action-packed zombie films, it will most certainly be to your liking, and even those who prefer something more sedate will undoubtedly still enjoy the unrelenting amount of flesh-eating action that ensues. 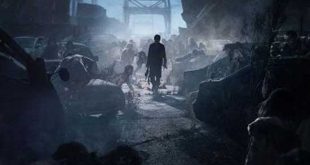 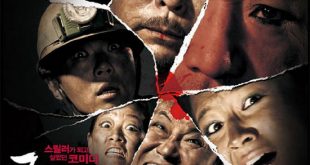 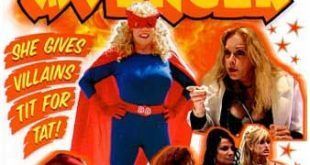