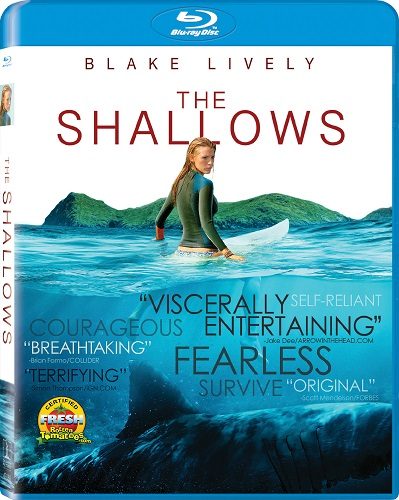 A mere 200 yards from shore, a young surfer is attacked by a great white shark, with her short journey to safety becoming the ultimate contest of wills.

It’s not easy to make an effective thriller in which one person squares off against a shark. Lord knows, lots of people thought it was after Steven Spielberg unleashed Jaws (1975) on an unsuspecting audience. But there have been literally dozens of copycat films that tried to replicate that same story, only to find out that just having a malicious fish menacing humanity won’t exactly cut it. These myriad copycat films failed because they had no heart, no soul, no compelling characters with which the audience can project themselves onto. Spielberg knew that the story really wasn’t about the shark, it was about the trio chasing him down. That’s what makes Jaws special to this day, and it’ll remain just as special for as long as cinema exists. It’s pretty much the perfect action adventure/thriller film. 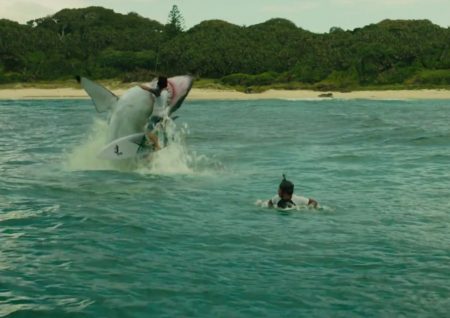 But that hasn’t stopped Hollywood (& studios from all around the world) from trying. The latest attempt at some Jaws level excitement comes from director Jaume Collet-Serra, and it’s called The Shallows. Essentially a one woman show, it stars Blake Lively as Nancy, a young medical student who’s been having second thoughts about finishing up her education (she has a year to go) after the cancer related death of her mother. She’s on something of a spiritual sabbatical, and part of her journey leads her to a mysterious (& unnamed) beach in Mexico that her mother loved dearly. Upon arriving at said beach, she promptly drops off her clothes, waxes her surfboard & takes to the water to catch some gnarly waves. But after deciding that she wants to catch one last wave before leaving, she gets chomped on by a great white shark. And after managing to swim over to a small group of rocks that keep her above water, she realizes that she’s only safe as long as the tide remains low. While she’s frantically trying to staunch the flow of blood that’s attracting the shark, he just keeps circling around her, biding his time until the high tide arrives, so he can make her his dinner. 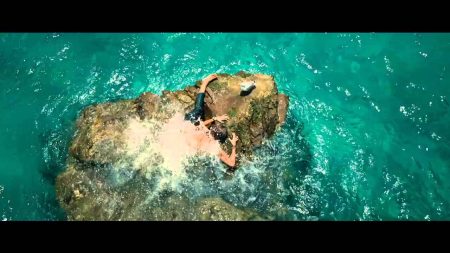 What’s immediately striking about The Shallows is the gorgeous setting and cinematography. Cinematographer Flavio Martinez Labiano makes excellent use of the crystal blue water, and gorgeous skies that almost make one forget they’re watching a thriller. But beautiful, lush scenery doesn’t make a film does it? That’s where Anthony Jaswinsky’s script comes into play, and while it does a decent job of keeping things relatively taut, it has some moments of jaw dropping lapses in logic that will test an audiences patience (if they’re paying attention), and a finale that is straight out of a looney tunes cartoon starring the Roadrunner & Wile E. Coyote. Among the bigger problems with the script is Nancy’s insistence on describing nearly everything she does as she’s doing it. First off, I found that to be mildly insulting to the audience, almost as if we couldn’t figure out what she was doing. It doesn’t give anyone the benefit of the doubt to figure it out along with Nancy as the film progresses. It just spoon feeds everyone the goings on, courtesy of Nancy’s need to relate everything she’s doing to herself (& her trusty companion, a injured seagull she names Steven. Get it? Steven Seagull). The Shallows also cheats a bit with some of its underwater scenes. Mind you, most of them are patently gorgeous, but it’s quite obvious that some of them are faked. So much so, that you can see that Lively’s hair is bone dry in a few of them. And in one whopper of a scene towards the end of the film, something happens that makes absolutely no sense. So much so, that I still didn’t understand why it happened after the film ended. I had to ask a friend of mine afterwards, and while his explanation made sense, the film makes no attempt to explain how/why it happens. Since Nancy pretty much explains everything she does throughout the film, the omission of her explaining why this particular event occurs is very damning to the script. 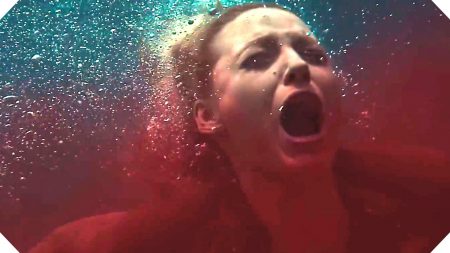 But none of this is to say that I didn’t enjoy The Shallows. It moves at a brisk pace, and it has one helluva great looking CG shark swallowing people whole making the entire enterprise quite entertaining. Lively commands the screen with both her beauty and her poise, despite some of the silly situations she finds herself in. Director Collet is probably better known for making films with Liam Neeson (Unknown (2011), Non Stop (2014), Run All Night (2015) & the upcoming The Commuter), but he also directed the middling House Of Wax (2005), and the superior Orphan (2009). So he has a fair amount of genre films under his belt that while aren’t all successful, are at the very least, entertaining. The Shallows won’t shoot him to the top of the list of directors for the next Star Wars or 007 films, but it shows he has a good idea on how to make a thriller that actually thrills its audience. Just try to ignore the ridiculous lapses of logic that continually rear their ugly heads, and you’ll have a good time surfing in these shallows.