Disturbing Movies: What We’re Talking About When We Talk About Extreme Cinema

These are the movies of Extreme Cinema. 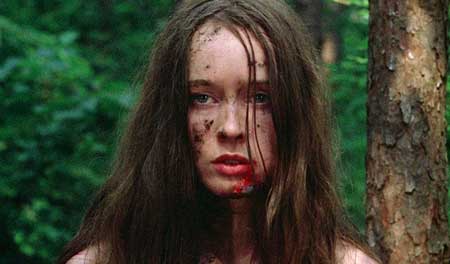 To try and describe what is and what is not “extreme cinema” can be highly subjective. It’s a lot like art, or p*rnography for that matter, both of which are topics relevant to this discussion – we might not know how to describe it, but we know it when we see it. Extreme Cinema covers almost all genres, all formats, all eras, and all countries – it could be an arthouse film from France, or a found footage/”torture p**n” film from Pittsburgh, Pennsylvania. A bowling alley slasher from Canada, or a rape revenge film from Spain. A pseudo-snuff film from Japan, or a darkly funny zombie movie from New Zealand. You can find a little of everything, which does nothing to help define our classification here.

Extreme Cinema is I Spit on Your Grave, but not The Accused; it’s Ilsa: She-Wolf of the SS, but certainly not not Schindler’s List; it’s Cannibal, but not Silence of the Lambs; it’s definitely Happiness or Ken Park, but never This Boy’s Life or Stand By Me. Many of these paired up films deal with similar subject matter, but only one of each pairing falls into the “extreme” category. For example, The Accused and I Spit on Your Grave both center around a woman being raped by multiple attackers and then seeking justice. So in this case, it is not subject matter that brings on the extreme classification, but how it is presented. We see glimpses of the attack in The Accused, and follow Jodie Foster’s character, Sarah, as she goes through the legal system and takes her attackers to court. In I Spit on Your Grave, the rape is shown brutally and graphically, for an extended and uncomfortable amount of time, and when Camille Keaton’s character, Jennifer, decides she wants revenge, she takes it out on her own in an equally brutal and graphic way. In this case, the difference is in the details, the presentation, the approach. 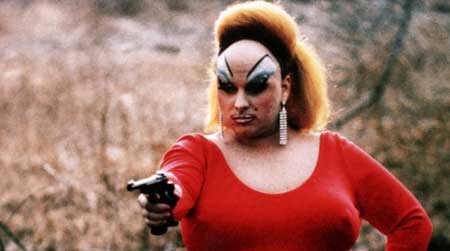 Then again, sometimes by story and subject matter alone a film falls into the extreme category. In Pink Flamingos, Divine’s character, Babs, is determined to prove, by any means necessary, that she is the filthiest human being alive. In the X-rated Forced Entry, a Vietnam vet with obvious PTSD issues attacks and rapes various women that he feels have done him wrong. In American Guinea Pig: Bouquet of Guts and Gore, two women are kidnapped, drugged, and taken apart piece by piece. In Takashi Miike’s Visitor Q, we’ve got incest, lactation, and necrophilia all mixed into the action. There aren’t really family-friendly, mainstream versions of these stories, nor can one even imagine such a thing. 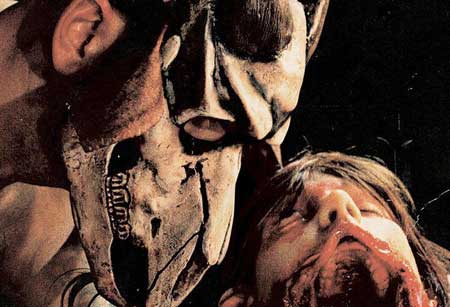 Whereas some subjects will almost always steer a movie into the “extreme” category, it isn’t an automatic distinction based on the director alone. Sure, there are the exceptions to the rule: if you have a movie in your hands directed by Lucifer Valentine, or Olaf Ittenbach, or Fred Vogel, or Ryan Nicholson, you can rest assured you’re in for some extreme cinema. But take Wes Craven; Last House on the Left and The Hills Have Eyes are shoo-ins for this list, but something like Scream or A Nightmare on Elm Street, while both great horror films, don’t quite fall in line with the others we’ve been talking about. Same with Peter Jackson, whose early works (Bad Taste, Dead Alive) belong in this conversation, but whose later films (King Kong, Lord of the Rings) are something completely different. Or take Marina de Van – I would argue that In My Skin most certainly belongs in the discussion, but most of her other films, no matter how great they are, probably don’t. And the list goes on and on…

Extreme cinema isn’t a genre, it’s more of a general classification that covers so much and so little at the same time. But there is a huge following, a die hard group of sickos and film aficionados who want to be disturbed, who need their movies to take it up a notch, who want the intensity turned to eleven and are eagerly awaiting the director who can find a way to turn it up to twelve. And those people probably include you, my dedicated reader. So let’s open up this discussion, and let’s keep it going. We’ve already got a pretty good list going here, a whole slew of movie reviews covering a bunch of extreme cinema from around the world, and we’re always adding to that list. But keep an eye on this spot here. Let’s talk more about this “extreme” stuff. Together, you and me. Let’s make some lists, “Top 10”-style lists of craziest kills and most disturbing moments and all-time favorites and all that, but let’s expand beyond that as well. Let’s get in depth about what classifies a movie as “extreme.”

Let’s spotlight specific writers and directors and their films. Let’s talk about the films of specific countries and how they have contributed to our mental instability. And let’s have fun. I’ll share what I know, and you let me know what I missed, and we can get something pretty cool going on here. What d’ya say?