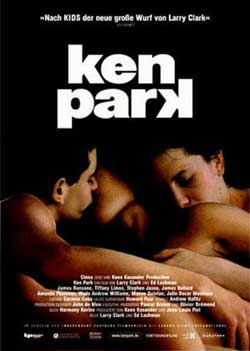 Ken Park is about several Californian skateboarders’ lives and relationships with and without their parents.

Sex, drugs, and punk rock and roll is the formula to director Larry Clark’s film career. This old pervert got his start in the 1950’s as a photographer, publishing a book, Tulsa, consisting of photographs of his friends shooting speed and heroin. This was back when artistic work documenting drug use was practically unheard of and so more shocking. In the 90’s he switched to film and enlisted then 20 year old Harmony Korine (Gummo, Trashhumpers, Spring Breakers) to pen a script and gathered a group of young unknown-soon to be stars for is first film Kids, a day in the life movie documenting a group of teenagers aimlessly roaming the streets of NYC smoking dope and passing STDs around. Critically acclaimed as a “wake up call to parents”. Larry Clark has stuck with this subject of teenage lust and rebellion ever since. Unfairly been labelled an ephebophile for using 18 year old actors to portray younger teenagers in sexual situations. Ken Park is the most controversial film by this director and probably destroyed any art house cred he had for what most would consider exploitative. Take note that I am a fan of the director and was familiar with this and his other works before writing this review. 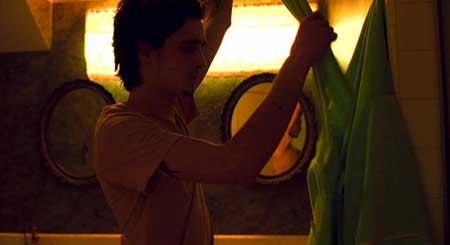 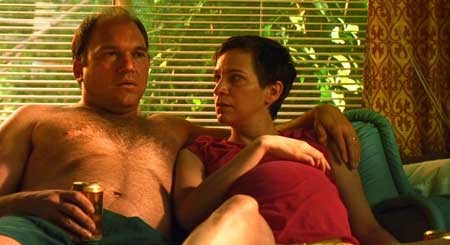 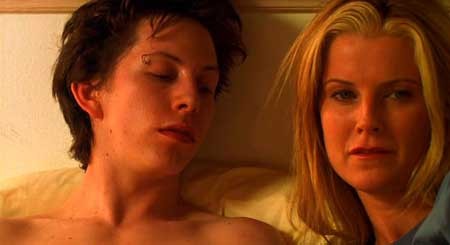 Ken Park is the suburban step sister to Kids, focusing on the destructive behavior of the adults instead of the youth. The movie again consists of a cast of mostly inexperienced young actors but relies on veteran performers for the adult roles. Ken Park opens with a teenage redhead boy shooting himself in the head in the middle of a skate park, giving the camera a deranged happy smile. We find out why at the end of the film but this sets the tone for the rest of the film. A continuous thought process of, “whoa!…..why?…….. well ok whatever then). We are then introduced to Shawn, Tiffany, Claude, and Tate. Four friends with separate storylines that aren’t really connected. Shawn is having an affair with his girlfriend’s mom, an unrequited love from a boy to a woman, a secret he knows could ruin a family that appears picture perfect from the outside. Peaches is a pretty teenaged girl a little sexually advanced for her age, living alone with her father who holds an obsessive mourning for the loss of Peaches mother. He expects his daughter to match the innocence and the perfect perception he has of her mother, reacting in emotionally disturbing ways when he finds out otherwise. Claude cannot gain the acceptance of his stereotypical manly man father who constantly calls his son queer or a girl for skateboarding and not sharing is hobbies are outlook on life.

Tate is a character. An eccentric loner living with his angelic grandparents (he only good parental figures in the movie) who he is constantly verbally abusing. He also treats his one legged dog in ways PETA would not appreciate. He has an offensive sense of humor developed from a fascination with offensive topics and images not unusual for some teenage boys. He is a sociopath with unhealthy sexual urges. Everything is he does is shocking but funny in the darkest of ways. His storyline is the best part of the film, and the one that most matches that of the writer (once again, infant terrible Harmony Korine) 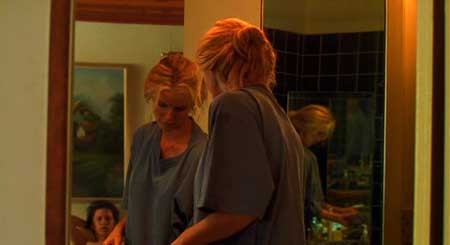 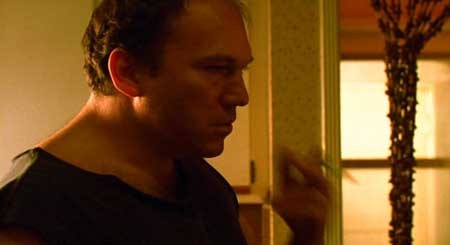 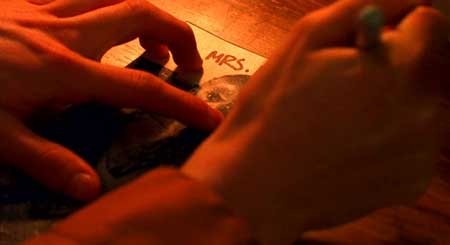 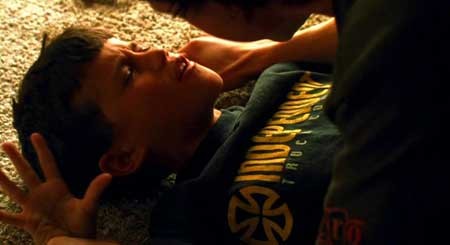 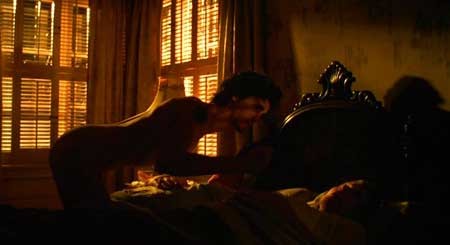 There is a Jerry Springer quality to Ken Park. I’m not exaggerating, The Jerry Springer Show is thanked in the ending credits due to footage from the showing up on TV during a scene. The households exhibit some white trash tendencies, for instance a pregnant mother smoking and drinking beer nonchalantly. The camera does not shy away from the sexuality on the screen, instead focusing on it, or even toying with you at times, close ups on genitalia, camera slowly moving away, only to linger back to it. The most far out scene has to be Tate engaged in autoerotic asphyxiation shown in its entirety. The sexual activities in the film are real and therefore debate it is P*rnographic. It’s strange that although many people watch P*rn privately, when watching a film, P*rnographic images can still feel unsettling.

I would argue the P*rnographic images displayed are there for a reason. They are made to be ugly when the sexual nature is ugly and beautiful with the sexual acts are liberating. To its core this is a film about the dangers of bad parenting. The parents are either struggling to control the sexuality of the children or use sexuality to manipulate or harm them. At the films end Shawn, Laude, and Peach take part in a three some that holds some therapeutic quality and hints that they will survive the damage the adults in their lives selfishly inflict on them. The act is a will to freedom and a way to help each other heal from their experiences.