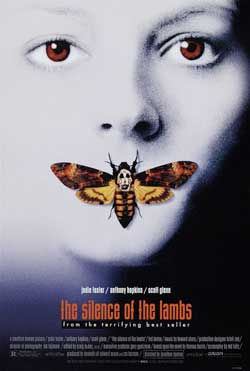 In this pulse-pounding adaptation of Thomas Harris’s novel, FBI trainee Clarice Starling (Jodie Foster) ventures into a maximum-security asylum to pick the diseased brain of Hannibal Lecter (Anthony Hopkins), a psychiatrist turned homicidal cannibal. Starling needs clues to help her capture a serial killer; unfortunately, her Faustian relationship with Lecter soon leads to his escape … and now, two deranged killers are on the loose. 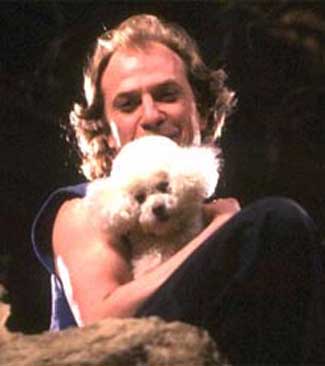 Good evening, everyone (…and good-bye, horses, ha). This review is for one of the many films loosely based off of the infamous Wisconsin Serial Killer, Ed Gein. There have been many, such as Psycho, The Texas Chainsaw Massacre, Three on a Meathook, Deranged and the film that bears his own name, simply titled Ed Gein. The one thing that the rest of the above mentioned adaptations of this cannibalistic killer lacks is an Oscar® Award for Best Picture. This film, The Silence of the Lambs, took one home in nineteen ninety one. It is known as a knockout… The most exciting Thriller in years” by The New York Times. 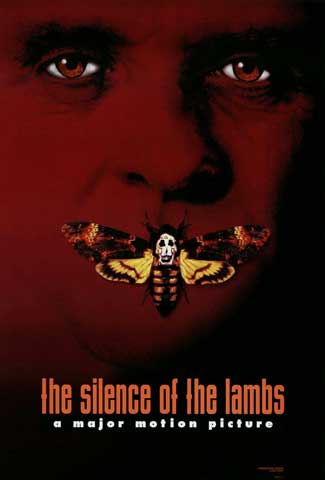 Unlike the rest of the above mentioned films dealing with Ed Gein, this particular film does not revolve around the serial killer himself. It mainly focuses the female cop- in- training that is assigned to find out more on a serial killer at large by an ex cannibal/ Doctor that is now in prison. He is the police force’s only hope in finding the killer before he claims his next victim, which he has held captive.

Another difference in this film than with others is that the personality of Ed Gein is split into two different characters. One, the cannibalistic Prisoner, P.H.D (Hannibal Lecter, played by Anthony Hopkins) and the other, the killer on the loose, known as “Buffalo Bill (played by Ted Levine).” Both give amazing performances as flesh hungry and blood thirsty psychopaths.

The cannibal aspect of Ed Gein is portrayed in Hannibal Lecter. The cross-dressing, skin dress sewing aspect is displayed through “Buffalo Bill.” The only two factors left out of this film are the infatuation with his dead mother and the grave robbing. Still, this is one film not to be missed. Most of you should have seen it already. 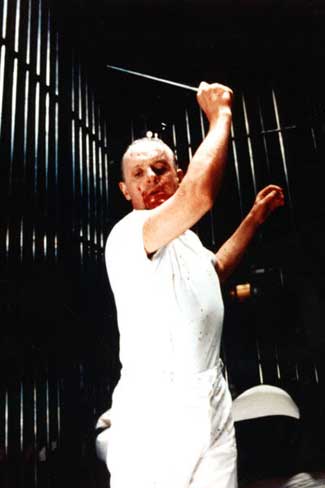 In case you haven’t already guessed by the Oscar® winning performances, the acting is awesome throughout the film. Especially by Jodi Foster (Agent Clarice Starling) and Anthony Hopkins. Both stars also one an award for their performances as well, on top of the Best Picture Award. They very well deserved it. The two performances fed off of each other. I personally think Ted Levine should have received one as well. In my opinion, his character was creepier than Hannibal Lecter’s. Both were portrayed in astonishing, brilliant performances.

Not only are the performances brilliant, but the writing is as well. From dialog to the action involved, the film shows amazing talent from all corners. The characters are delved into deeply and the story has awesome twists and turns around every dark bend that lies ahead of the viewer. Not only that, but you can tell that the screen writer did his research on police tactics and procedural practice. From the trainees to the professional cops in the film, it all panned out in skillful writing and execution. 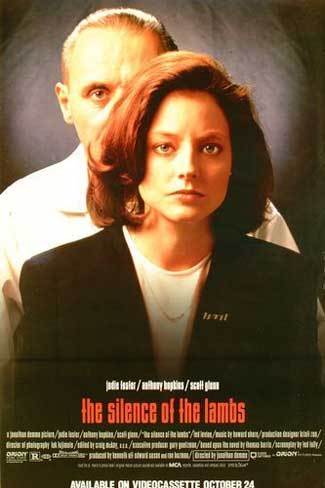 Another magnificent aspect is the conversations between Hannibal and Clarice. Just as Clarice Starling was sent to dig into Hannibal Lecter’s brain for answers and clues on how to find “Buffalo Bill”… he digs into her own brain for buried memories of her past. He stays calm and cool as she almost begins to crack under his induced pressure. He digs into her most painful memories of childhood. He knows of her nightmares and what she is going through. From the day the two meet, it’s almost as if he’s known her for quite some time and she is starting from scratch. The segments with Hannibal are a well crafted psychological Thriller. 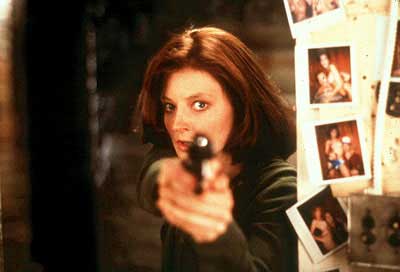 The segments with “Buffalo Bill” are twisted and depraved Horror. He is shown making his flesh quilted dresses and dressing like a woman as he torments his female captive by making her succumb to his every demand (“…or else she gets the hose again”). Also, his cross dressing and dancing like a woman in front of the mirror are graphically displayed. The captive also has a few tricks of her own, but I am not going to spoil this “precious” detail for those who have not seen this film. 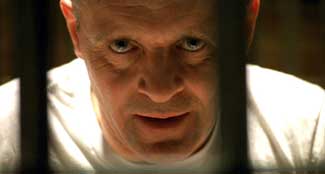 Another awesome aspect of the film is the graphic realism of the autopsies shown within. From missing flesh, to the dissected surprises lodged in the throat, everything is displayed without a missing detail. Again, these are film makers who did their homework. The film has also been referenced and paid homage to in (strangely enough) some of the biggest comedies to come out recently, such as South Park and Clerks II among others. 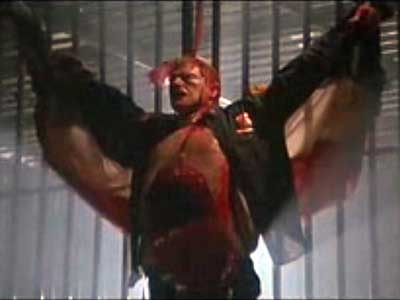 All in all, this is a must see for any movie lover. Those into Romance or comedy won’t get much out of it(which is fine by me), but those into dark, suspenseful, dramatic thrillers will love it. The Special Edition DVD extras include a segment entitled Inside the Labyrinth, a documentary which includes interviews with Jodi Foster, Anthony Hopkins and more of the cast. Twenty minutes of deleted scenes and an original “making of” featurette are also included. There is also an outtake reel, a phone message from Anthony Hopkins, a photo gallery a collectible booklet and teasers, trailers, television spots and more added for you viewing enjoyment and curious mind. You would have to be as crazy as Ed Gein, Hannibal Lecter and “Buffalo Bill” to miss this twisted cinematic adaptation. It ranks with Psycho and The Texas Chainsaw Massacre as one of the best Ed Gein adaptations. With that being said… I give this film, The Silence of the Lambs, FOUR (FLESH CRAVING) HORNS UP.