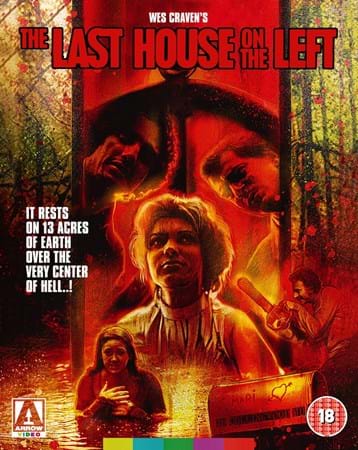 “On the eve of her seventeenth birthday, Mari Collingwood tells her parents that she is going to the concert of underground band Bloodlust in New York with her friend Phyllis Stone. She borrows the family’s car and heads with her friend to a dangerous neighborhood in the city. Meanwhile, the sadistic and cruel escapees Krug Stillo and Fred ‘Weasel’ Podowski are hidden in a hideout with their partners Sadie and Krug’s addicted son Junior Stillo after killing two guards and one shepherd in their runaway. The two girls seek marijuana near the theater and meet Junior that offers some Colombian grass to them. They go to his apartment and are subdued by the criminals that rape Phyllis. On the next morning, they hide the girls in the trunk of their convertible and head to Canada. However, they have a problem with the car’s rod and they stop on the road close to Mari’s house. When Phyllis tries to escape, the gang stabs her to death and shots Mari after humiliating and raping them. They seek shelter in Mari’s home, but during the night, her mother overhears a conversation of the criminals telling that they have killed her daughter. She tells her husband and they plot a scheme to revenge the death of their princess.” (courtesy IMDB)

A master of schlock horror and shock tactics, Wes Craven has moved from the periphery to the commercial mainstream in tandem with society’s changing tastes and widening standards of acceptance. The Last House On The Left (1972) – remade by Dennis Iliadis in 2009 – while not being his first success, was characteristic in its concentration on the gruesome and the grotesque, of what was to come. Commercial heaven (in the guise of Hollywood money-men) came to Craven in recognition of his infinitely respectable thrills in A Nightmare On Elm Street (1984) and Craven has doggedly followed the same scenarios and the same ghoul-strewn path ever since, more recently with his enormously successful Scream (1996) franchise. Craven’s directorial debut, The Last House On The Left, broke new ground in realistic gore movies – graphic emasculation scenes weren’t so plentiful back in the early seventies – and is still shocking primarily because it doesn’t have the audience-winking humour his later films developed. 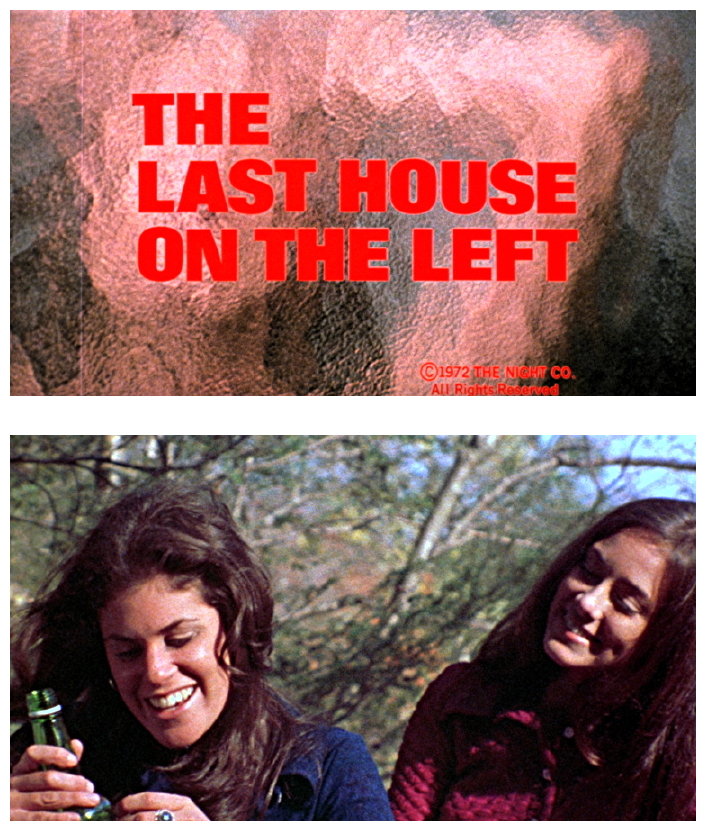 The low-budget unstoryboarded movie includes rape, torture, humiliation, nudity, stabbings, disembowelment, castration, chainsaw murders – and that’s only the stuff they left in! While her parents prepare a cake to celebrate her 17th birthday, pretty teenager Mari (Sandra Peabody) and her pretty friend Phyllis (Lucy Gratham) go to a rock concert in the city. While trying to score some marijuana for a night of fun, they are kidnapped by four sadists: Krug (David Hess) and Weasel (Fred J. Lincoln) are escaped rapist-murderers, Krug’s tough bisexual girlfriend Sadie (Jeramie Rain) and his drug-addicted brother Junior (Marc Sheffler). The girls are tortured and raped and, before killing the girls, they force one to piss her pants and both of them to fondle each other. One rapist’s saliva clings stickily to Mari’s cheek (drool and sticky goo are important components of the Craven oeuvre). The girls’ parents finally get retribution. 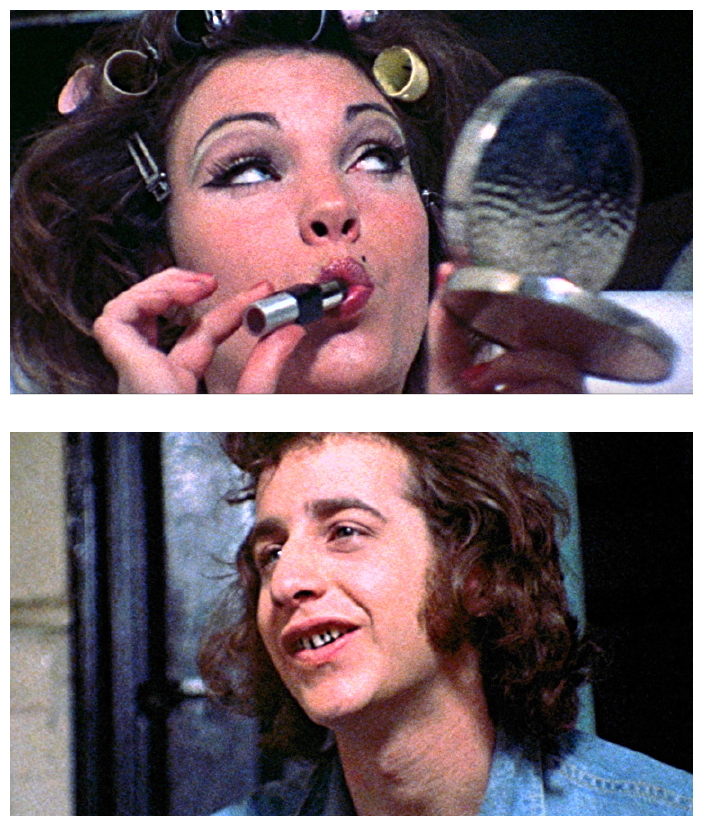 Essentially it’s a remake of the Ingmar Bergman art-house classic The Virgin Spring (1960) which, in turn, was based on a medieval ballad that tells of a young fresh girl raped and murdered, and the violent vengeance taken by her father. The Last House On The Left starts out amusing enough and the final section is pretty schlocky, but the scenes in which the girls are tortured is downright embarrassing. The humour and happy music becomes offensive, and you may well feel a little paranoid about the males around you who are grinning or taking delight in the girls’ torture. Although Craven and producer Sean Cunningham – who would later go on to make Friday The 13th (1980) – were deliberately going for shock value, former humanities teacher Craven said that even he was appalled by some of the material in the their fly-by-night project (scenes were filmed in Cunningham’s driveway and Craven’s parents’ house to save money). 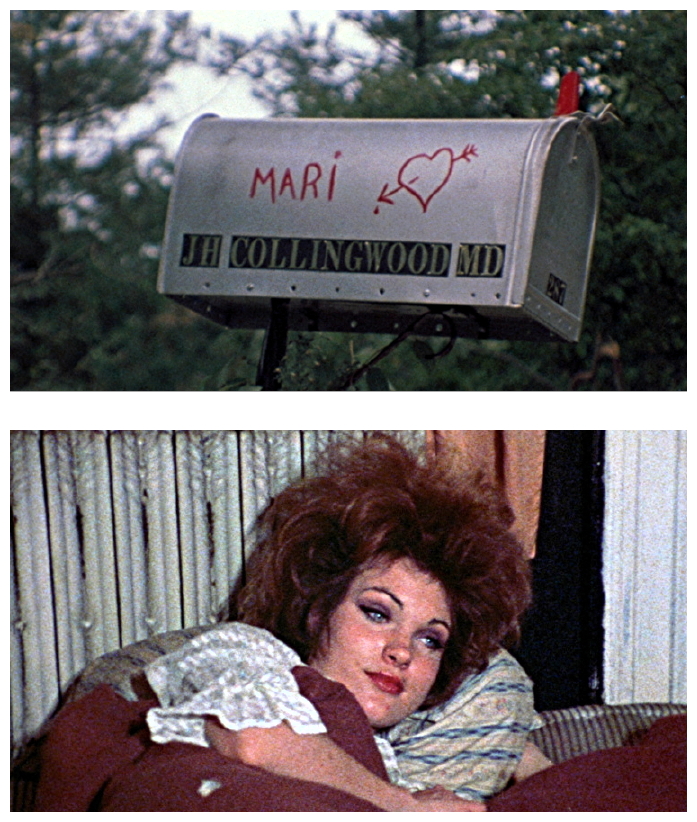 The movie is notorious for the many scenes (some only hinted at) that got lost in the transition to an ‘R’ rating. In fact, when the movie opened, Cunningham merely pasted the Motion Picture Association Of America‘s ‘R’ rating symbol on the posters instead of actually submitting it for review. The major problem is that the film is so convincingly made (the sadists and their victims are so authentic) that the torture scenes really seem to be happening. When you think the nice girls will get away and they don’t make it, you almost feel like crying. The movie has appeared in so many formats that it would be virtually impossible to reconstruct the original, but the MPAA got its revenge on Craven eventually. The director’s entire career has been spent in one censorship battle after another in a system he feels is prejudiced against the horror genre. 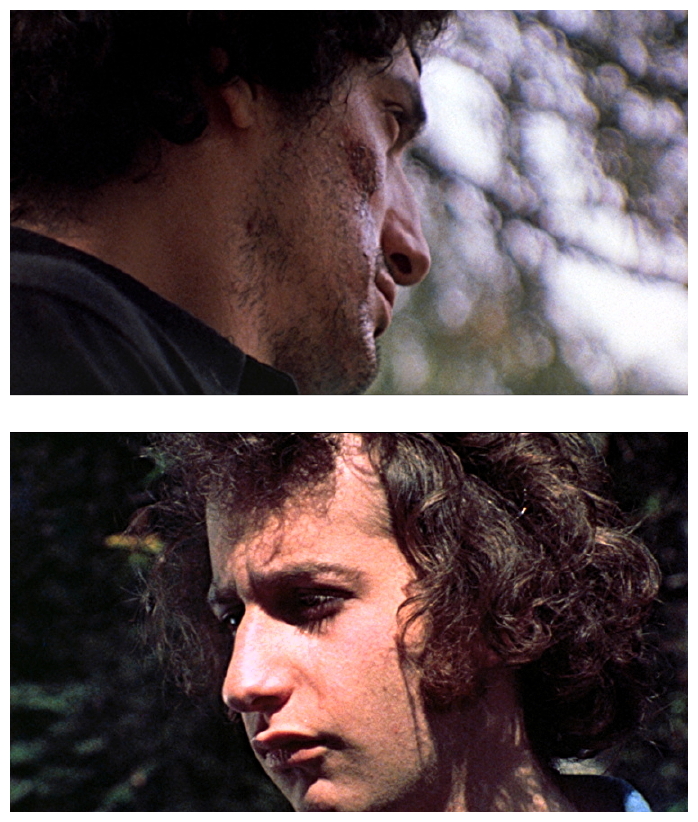 “I am in the business of making intense films and reflecting the unseen world. How can I make my movie less intense just for an ‘R’ rating, and do I want to? After my experience with A Nightmare On Elm Street, I wrote the MPAA an impassioned letter claiming that Luis Buñuel wouldn’t have been able to make The Andalusian Dog (1929). Lots of artists are interested in bloody and intense subjects, going back to Homer’s Odyssey with people’s eyes being poked out by monsters. It’s part of the human experience. We should stop that because of some sensitive soul someplace? That’s an argument for blandness. I think it’s very dangerous.” The argument of content happens almost every time Craven releases a new film but, the funny thing is, it’s only the adults who complain. 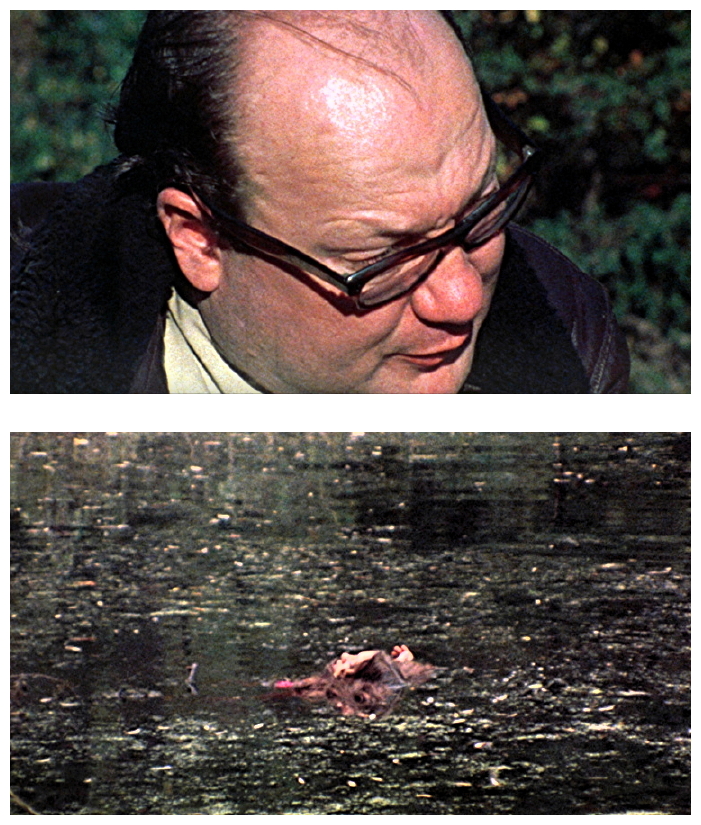 “The audience I address in my films is teenage, in that volcanic stage of their lives. Older people have squelched those impulses. It’s almost like an adult listening to rock music – of course it sounds abrasive and coarse to the ears but, for its audience, it’s not. These teens are on the brink of adulthood, of wars, of leaving their parents. They’re reevaluating the entire way things are run.” According to Craven, horror filmmakers actually censor themselves in anticipation of controversy, “…all the while being haunted by the feeling that you’re cutting more than you have to. It’s a very excruciating period for a filmmaker. I’d almost rather cut something they find offensive entirely – even though it’s like cutting off my own finger – than tone it down. I’ll go down in history as that much less of an intense, less accomplished director.” 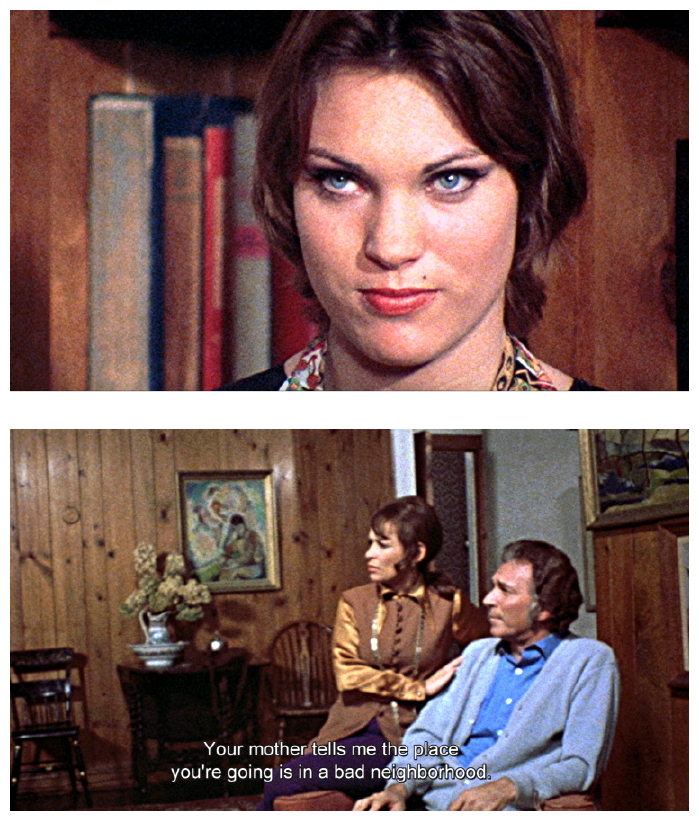 “Horror filmmakers are looked at as wild-eyed exploiters. I think it’s because our culture tends to segregate and deny its own impulses towards violence. We forget about Vietnam and what we did to the Native American Indian. We tend to glorify wars, rather than see them bloody and political. The culture does not like to take a very hard look at itself. The idea that horror films are legitimate reflections of society, instead of products of a disturbed mind, is too discomforting. There are scenes I imagine that I can never put on film, because they’ll never get past the rating board. When ever a scene is doing great in the preliminary screening, you figure, oh my god, the MPAA will cut it. I’m always waking up in a cold sweat in the middle of the night thinking, I forgot the MPAA! And my blood runs cold.” 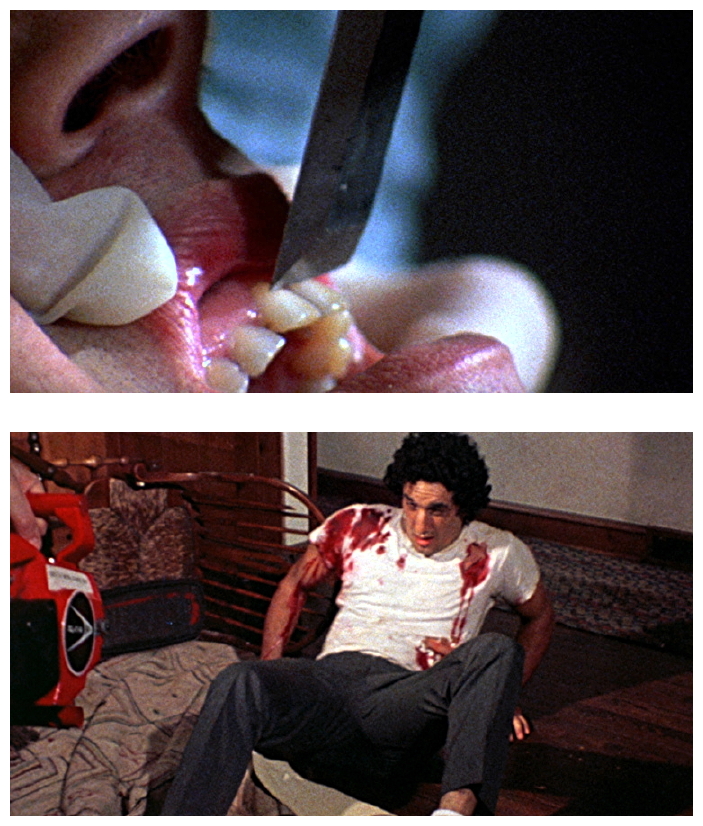 Speaking of which, although Craven would never admit it, the following year he and Cunningham had worked together on the soft p**n vampire comedy The Case Of The Smiling Stiffs (1973), also known as The Case Of The Full Moon Murders, which means Freddy Versus Jason (2003) was a thirty-year celebration of sorts for the two filmmakers. Try to find The Case Of The Smiling Stiffs if you can, I guarantee you’ll find it more entertaining than most of their other efforts! It’s with that thought in mind I’ll ask you to please join me next week, but not before thanking the New York Post and the Washington Post for assisting my research for this article. I look forward to enjoying your company again soon when I have the opportunity to give you swift kick in the old brain-box with another fright-filled fear-fest from the far side of…Horror News! Toodles! 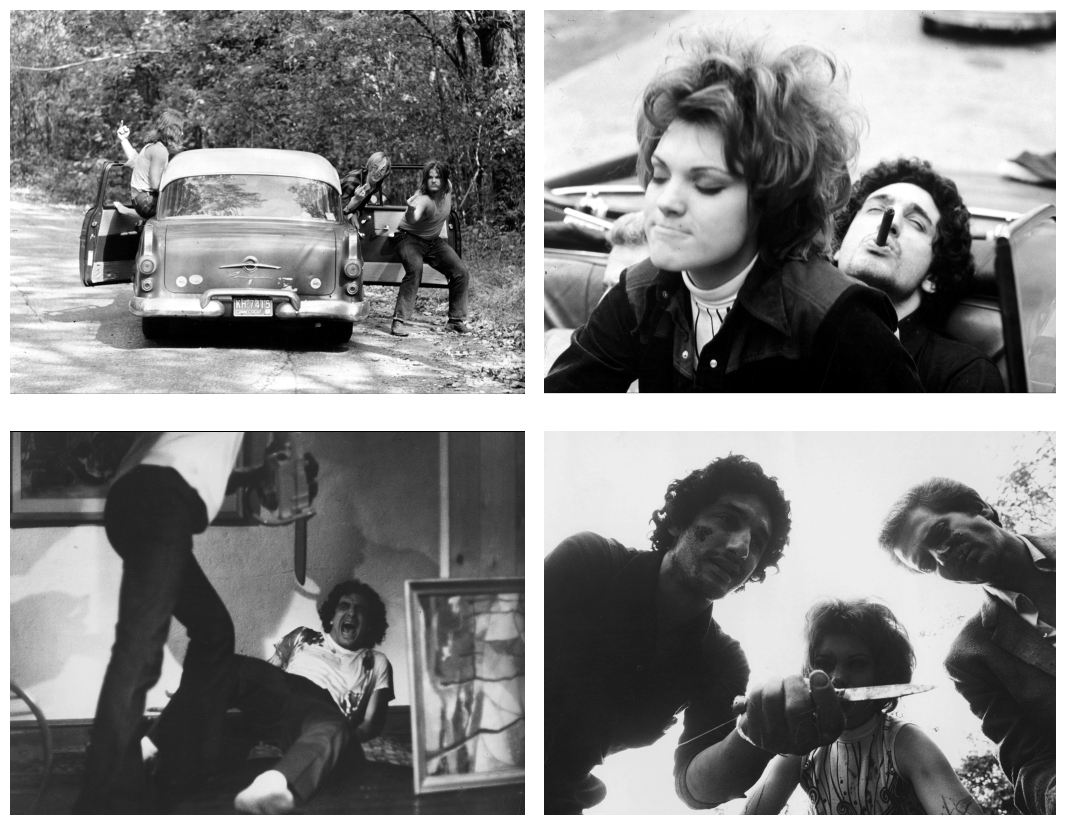 DISC ONE [BLU-RAY] – THE UNRATED CUT

The Last House on the Left (2009) is now available from Arrow Films as a 3 disc set!