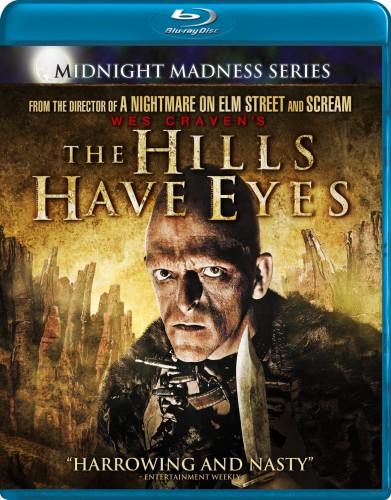 On the way to California, a family has the misfortune to have their car break down in an area closed to the public, and inhabited by violent savages ready to attack.

Wes Craven was in his prime on this 1977 release. This 2nd Craven film digs right into the heart of brutality and the paranoia of encountering savage crazy mountain folks.

Since its inception, there have been so many like films involving broken down vehicles and crazy locals, that you may think you’ve sent this film 100 times already. This formula premise has crossed over into foreign circles, sequels, remakes and anthology shorts. Though 1977 was a different time, and during its heyday…this film in particular sent shockwaves down viewers and travelers spines. 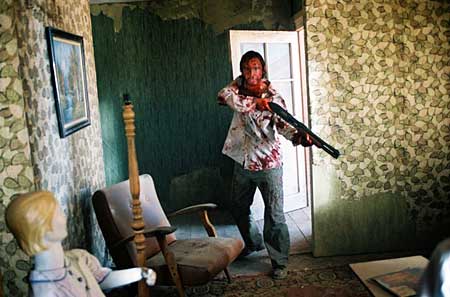 Takeaway? Don’t take that country dirt road short cut, there may be crazy folk lurking in the shadows. Our focal for this film, finds an American family (The Carters) en route to a camping site. As they make their way thru the desert country they accidently crash their station wagon. Dad not content to wait for help makes the hike back to a gas station they passed. Though, heeding the warning from the gas station attendant, they now find themselves stranded with a broken axle, and far from civilization. Those who are making the connection will recognize this as one of those “classic”  Scooby Doo moments. 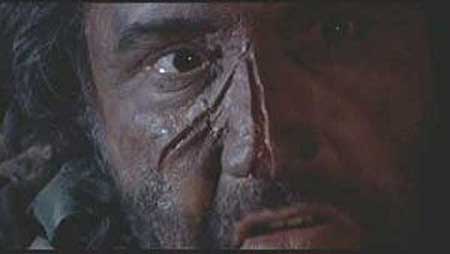 The family consists of Bobby, Brenda, Ethel, Bob, Lynne, and her husband and child. As they sit and wait by their Airstream trailer, they are unaware that a local gang of cannibal mountain folks are also watching them and waiting till night fall. This gang makes no excuses in slaughtering, raping and capturing members of the family in some of the most horrific moments in cinema history. The gang identifies themselves with planet names (Jupiter, Mars, Pluto…) and seems to be content feeding on humans, living primitive and inbreeding  to extend its clan. 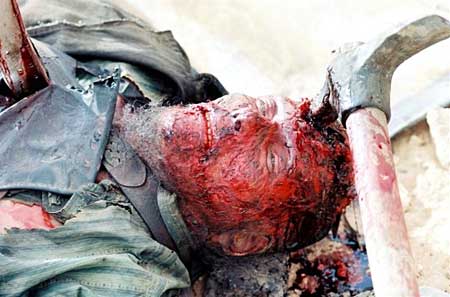 The takeaway on this production is demonstrating how the civilized quickly change masks and become the aggressors of the film. A perfectly stable and content family is traumatized to the point of inheriting the nature of the beast and mirroring an even more brutal revenge streak against those who would do them harm. As viewers, we never seem to lose the essence of what they have ordealed already which makes for the vengeance that much sweeter. The lines begin to blur as a transformatiion takes place. Humanity shows its potential hidden face which I think is an underlying inherited dread sending a strong message   This early savage driven film features that memorable natural glare from “NOW” well known horror actor Michael Berryman (who plays Pluto) Berryman is quickly identifiable by his unique facial features, though it was “Hills” that really brought him to the frontline. 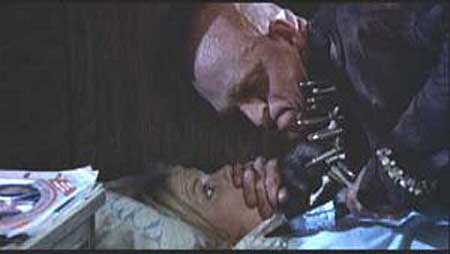 Wes Craven provides a vision that blankets the entire film with a sense of desolation, isolation and violence. It’s natural raw grainy film look seems to add a tonality and distress that reinforces its aggressive realistic brutal nature.  At the time, this film was already on its way to classic status but was still kept somewhat underground for its extreme presentation. The film industry was hot on creating exploitation style driven movies such as the earlier 1974 film Texas Chainsaw.  In fact, thinking back, Chainsaw was another movie that involved a vacation bunch on the road to travel.  As a film, “The Hills have Eyes” is regarded today as a classic low budget product that set a few  milestones in its introduction. Grim as can be, relentless and even sporting some fine horror movie acting chops “Hills” is an early one of kind experience.