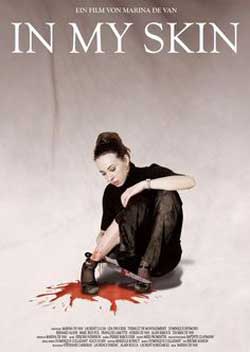 A woman grows increasingly fascinated with her body after suffering a disfiguring accident.

It is rare that I watch a movie that grabs me so strongly, or hits me so hard, or draws me in so far that I want to watch it all over again immediately after the credits have rolled. Very rare, in fact; I can probably count them all on one hand. Add one more to that list. After I finished watching In My Skin (aka Dans ma peau), I was compelled to do that annoying thing where you tell someone that you think they’d love a movie and then proceed to blather on, in detail, about every single scene (sidenote: my wife forgave me). I wouldn’t necessarily qualify the film as a horror movie, but it has enough elements, and enough blood, to fit in nicely around here. 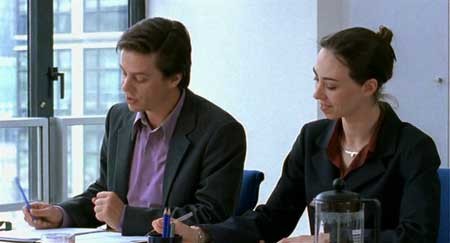 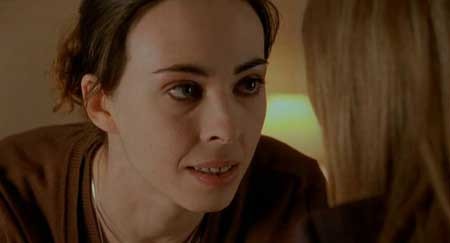 In My Skin is written and directed by French filmmaker Marina de Van, who also plays the main character, Esther. The story begins at a work party. Esther, quickly growing tired of the partygoers, wanders into the backyard where she ends up falling and cutting her leg. When she finds that she is trailing blood through the house, she realizes the cut is far worse than she originally thought; she barely felt it when it happened, a fact that both worries and intrigues her at the same time. Rather than heading straight to the hospital, she goes out for drinks first before having a doctor check her out. Her boyfriend, Vincent (Laurent Lucas, see also Fabrice Du Welz’s Calvaire and Alleluia), is not happy about her nonchalance, and begins to worry about her. It turns out his worries are not unfounded… 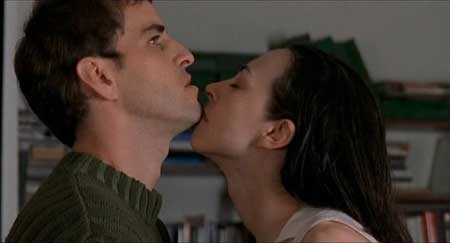 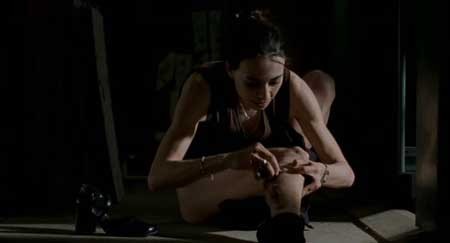 Esther becomes fascinated with her own flesh, at first poking at her wound like a child picking at a scab, but soon getting more intense. She begins to cut herself, not in an attempt to inflict self harm, but out of genuine curiosity. And so we watch as Esther continues to tear herself apart, the cutting and slicing becoming more frequent and more intense. Her friends notice (including her once close friend, Sandrine, played by French movie and TV actress Lea Drucker), her co-workers notice, but most importantly, Vincent notices, and things begin to get a little tense. Pretty soon, Esther is going to extremes to cover up her behavior. 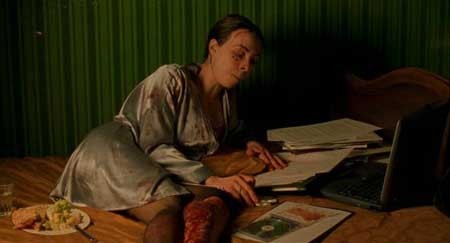 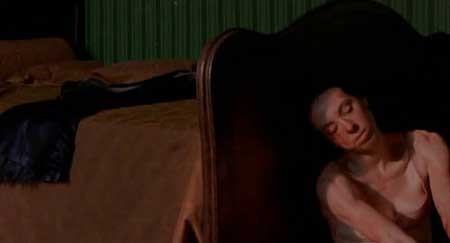 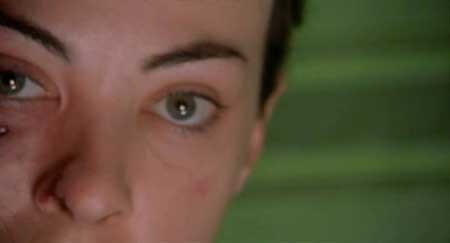 I’m having a hard time synopsizing this movie without giving away spoilers because I sincerely want people to have the same experience that I did, not knowing what I was in for when I first watched In My Skin. In de Van’s own words, the movie all comes down to the question, “Does this body really belong to me?” (In fact, according to the director, the story is based in part on an accident she had as a young child, when she was hit by a car and had her leg broken, and she saw her leg not as part of her, but as a “fascinating deformed object.”) There are some truly disturbing scenes here, relating back to that central question, once Esther begins to “experiment” with her body. At the same time, de Van delivers such a perfect portrayal of anxiety over and over, replicating just how crazy and isolating it feels at times. We also feel genuine concern for the characters, as we see them as real people thanks to the excellent writing and acting. This film brings the visceral images of a horror film right along with the emotions of a drama for something truly special – it’s no wonder that it received the Best International Film award at the Fantasia Film Festival in 2003. 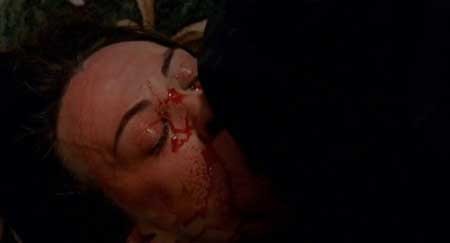 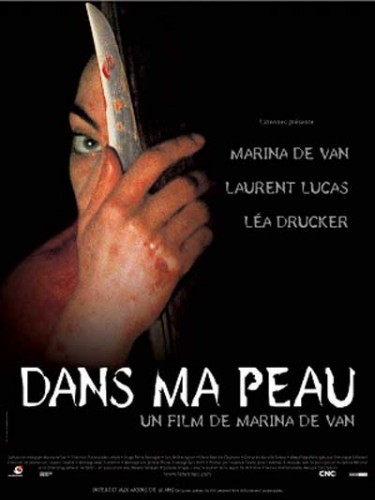 If you were to compare In My Skin to the body horror of David Cronenberg, I wouldn’t disagree, but I also think it is something else altogether. This is not a horror film, but it is horrific at times. There are uncomfortable scenes, such as when Esther has a business dinner, her anxiety nearly crawling through the screen to infect the viewer, only to find ourselves taken aback at what she does to herself as her co-workers discuss marketing and foreign customs. And that’s just one small part of this experience. I don’t want to say this movie is perfect, because I’m sure it’s not. But everything is so well done, from the effects to the acting, the cinematography to the writing; it looks great, it sounds great, and it sticks in your head for a long time after you watch it. Five stars, two thumbs up, whatever – this movie is smart and well done. I rank it as a must see, which is not something I often do and not a suggestion I throw around casually. Having also seen Dark Touch by the same director (and liked it very much), I can confidently say that Marina de Van is a filmmaker to keep an eye on.