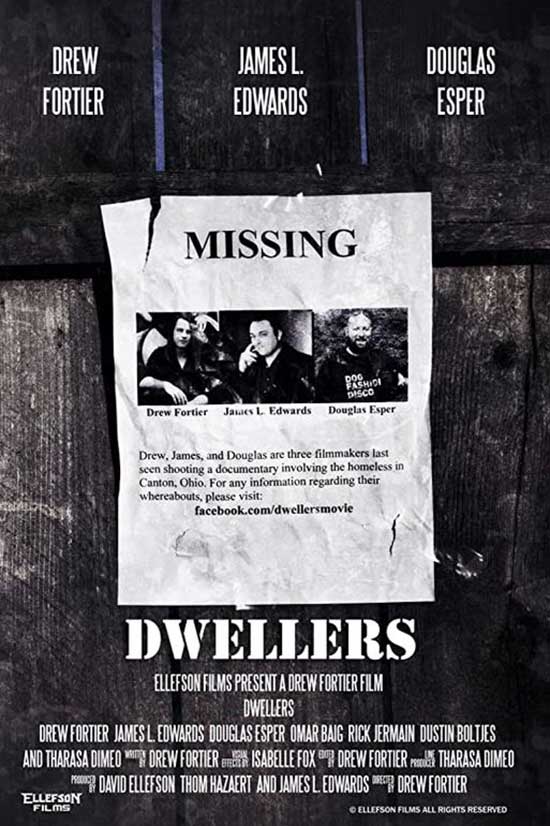 “While shooting a documentary on the suspicious disappearance within the homeless community, a filmmaker and his crew go missing while uncovering a terrifying and vicious secret below the city’s surface.”

Directed and written by Drew Fortier, Dwellers is a found footage film.

Dwellers is this mix of C.H.U.D. (1984) meets The Blair Witch Project (1999). It’s gritty and detailed with mystery. (I had a chance to interview Drew Fortier and David Ellefson and Drew talks about the awesome growling noises in Dwellers. DREW made those awesome noises in the tunnels. Listen for those cool sounds.)

Over the years, we have seen various found footage films including The Blair Witch Project, Creep, The Taking of Deborah Logan, Lake Mungo, Host, The Tunnel (2011). You get the point. Alligators in the sewers, cannibal people lurking around the sewers. I have heard about so many different scenarios. 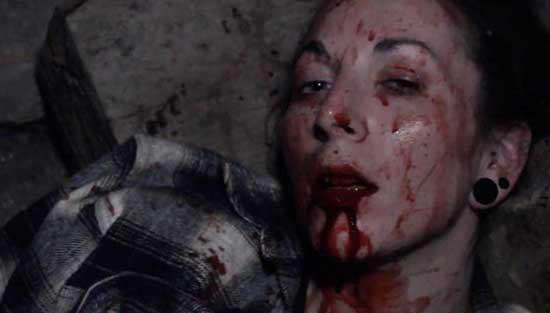 Found footage films cover a variety of topics. Dwellers takes on the topic of the disappearing homeless people. It starts off with a radio host announcing that Drew Fortier, James L. Edwards, and Douglas Esper are missing. They were last seen in Canton, Ohio.

We meet Doug, he is being interrogated. Now, we meet Drew who is in his car and on the way to talk with David Ellefson. Drew is supposed to have this movie ready and Ellefson is irritated. He’s finishing his tour with Megadeth. He wants a movie and he wants it now! (David Ellefson is really good.) Drew’s back in his car and unleashes a rant which is actually funny. It made me think of Pulp Fiction conversing with Jay and Silent Bob.  It was nice to have some comic relief with such a serious subject.

Homeless people are disappearing and no one seems to care. The world is a big place and it is scary because people disappear all the time. It could be human trafficking, kidnappers, serial killers? (Just be safe out there.) We meet Doug (Douglas Esper) and James (James L. Edwards) in his robe. He looks comfortable. The back-and-forth banter between Drew and James is great. 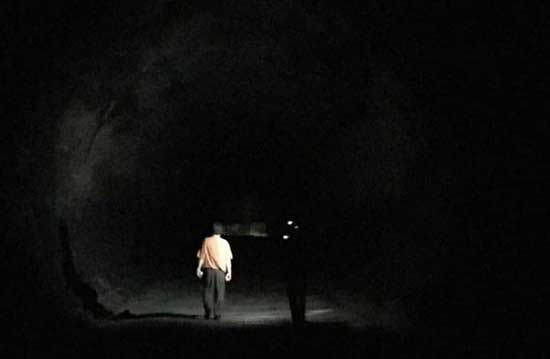 Doug, James, and Drew head out to go interview these homeless people, and Drew needs to get David Ellefson’s movie made. They begin the interviews. They flash back to Doug being questioned by the police. Drew, James, and Doug find a few different homeless people to talk with. They share the stories they have and they begin to talk about the people who just disappear. They go underground.

They show up in what looks like a place surrounded by some factories, an old railroad. James starts to ask some questions. He tells this gentleman what they are doing. They meet a woman now. She’s bothered and these interviews are not going well. Drew’s nod to Clerks (1994) was great.

Drew, Doug, and James are interviewing more people. They begin to talk about the missing homeless people. The people who would live underground, the “dwellers.” Dwellers makes you think and of course, the police don’t believe these people. That’s one thing that is annoying when the “authorities” make people out to seem crazy or that they don’t know what they’re talking about. 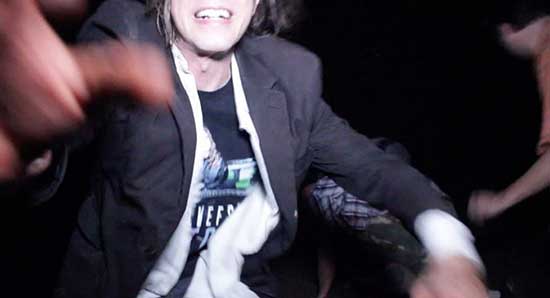 Drew’s trying to talk to the cops now. He meets Detective Jenkins (Rick Jermain). He doesn’t seem concerned at all. He’s nonchalant and he’s willing to talk but when the questions get pressing, he doesn’t want to talk anymore. Drew, James, and Doug meet a guy who knows how to get in the sewers. (Don’t DO IT!)

This was so calm and it made it extra creepy. They didn’t have any gear or flashlights. They hear something… (Besides me yelling at my laptop. Get out of the sewer!) They have a lot to deal with now. They get into a bad situation. The ground shots are nerve-racking because you know as soon as it pans up, something wild will happen. 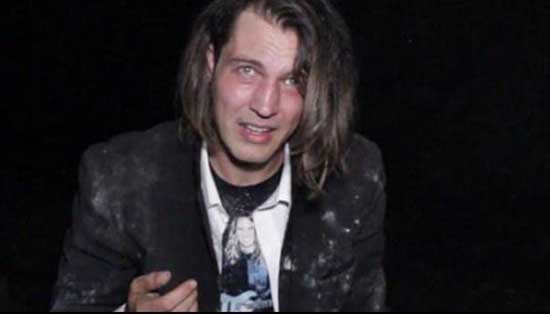 Drew Fortier talked about the bat guano. He mentioned it during his interview with Horrornews.net. He said there were bats and they were covered in bat guano. James and Drew keep going in the sewer tunnels. It’s not a severe claustrophobic space but they are in these dark, dingey sewers, and it’s still creepy and sort of takes your breath away.

Dwellers is a fun, terrifying found footage movie. It has a little bit of everything. Drew added the comedic relief and the fact that you don’t entirely know what type of monster is in the sewer. (The song that plays during the credits is great.) Drew did a good job with Dwellers. I would recommend checking out Dwellers. 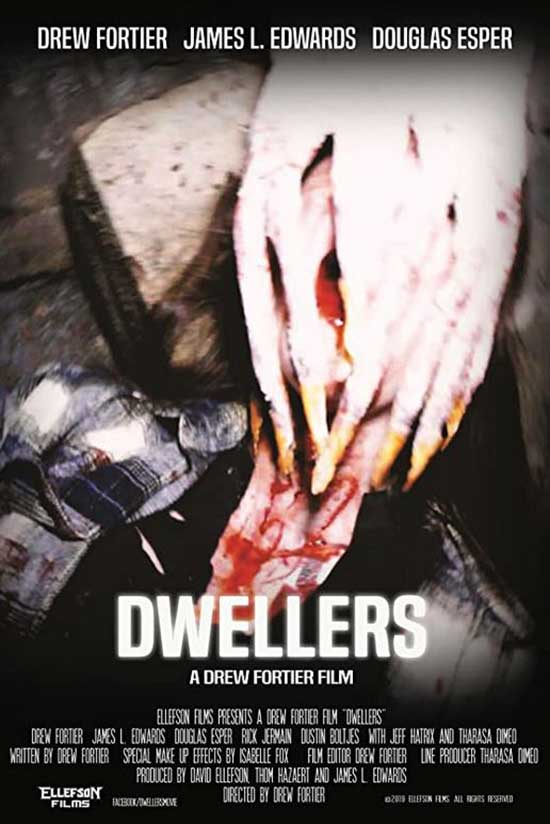 “Dwellers is an American found footage horror film written and directed by Drew Fortier. It is the first film greenlit by Ellefson Films, formed by Megadeth bassist David Ellefson.”