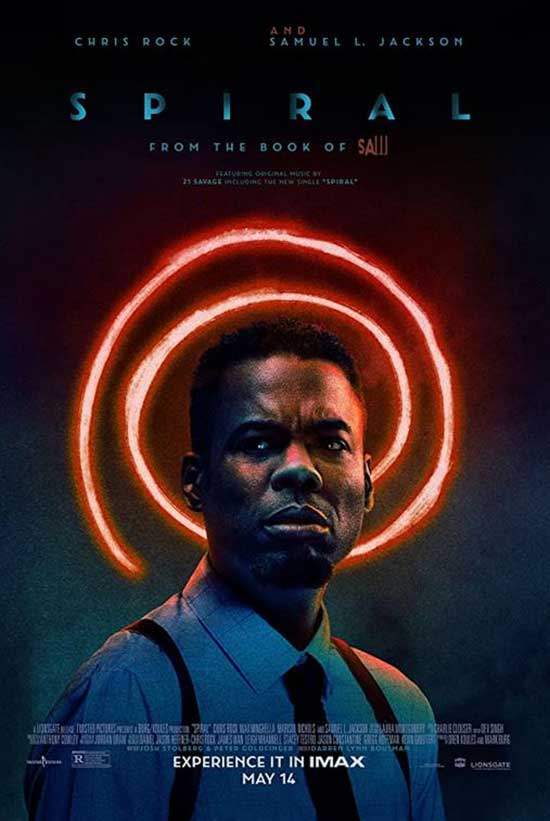 A criminal mastermind unleashes a twisted form of justice in Spiral, the terrifying new chapter from the book of Saw.

The torturous traps inspired by John Kramer are back on the silver screen this week-end. “Spiral: From the Book of Saw” makes its gory return to the “Saw” franchise with Darren Lynn Bousman (director of “Saw” II, III, and IV) back in the director’s chair and Chris Rock as the lead role. Want to play a game? 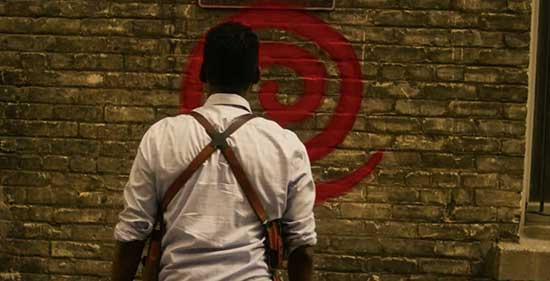 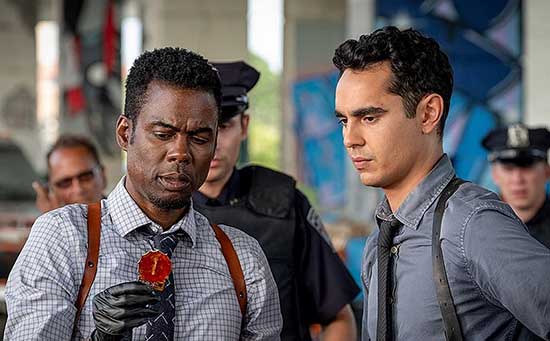 Detective Zeke Banks (Chris Rock), son of former head of the squad, Marcus (Samuel L. Jackson), just got in trouble with his captain for going undercover without telling anyone and now has to reluctantly take rookie detective Schenk (Max Minghella; 2013’s “Horns” and “The Handmaid’s Tale” TV series) under his wing to show him the ropes. Unfortunately for this new tandem, cops from their own precinct are being tortured and killed by what is seemingly shaping out to be a Jigsaw copycat. As the flesh keeps tearing and body parts continue to be delivered to Banks, the clock is ticking before the next trap puts his will to survive to the test. 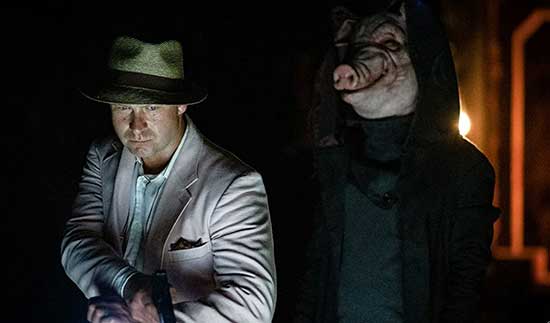 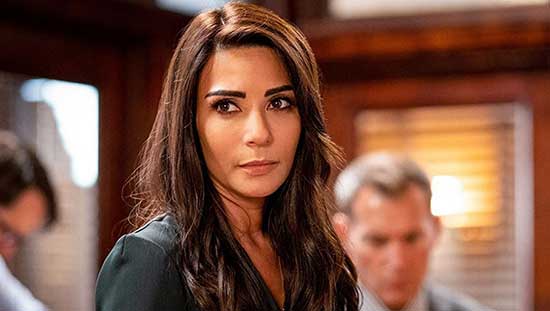 The “Saw” franchise is legendary, no matter what any naysayers may try to do to convince us. Well, perhaps not every movie, but then again: how many horror franchises can boast that every entry in its series is phenomenal? It was exciting to discover that Darren Lynn Bousman, a name famously connected to the “Saw” movies, was returning to direct for the fourth time. Parts 2 and 3 were actually my two favorite chapters in the “Saw” storyline. He does a decent enough job in setting a “Saw”-like atmosphere as the traps are doing their dirty deeds and a poor soul has the toughest decision of his or her life to make. The setting is always stressful and forces an excruciating decision on the victim. The practical effects depicting the gore and violence are quite impressive, although some blood splatters are unfortunately very clearly executed through CGI. 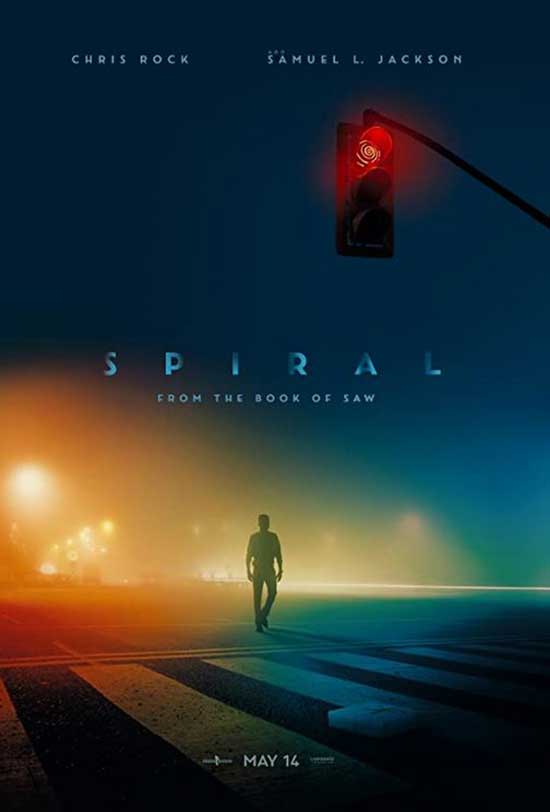 There are, however, some aspects that just bothered me in a way that I couldn’t ignore. The digitally modified voice used to explain the unholy task at hand on videotape for the trapped individual just didn’t cut it for me, losing Tobin Bell’s spine-tingling magic as he uttered his sinister assignment. In addition to that, like so many movies for the past 15 years, the film relies heavily on sharp, loud sounds that have nothing to do with the scene to attempt its jumpscares. A little disappointing. The casting also seemed off. Aside from Samuel L. Jackson, no individual actor truly seems to stand out for one reason or another, and we never get seriously attached to any character. 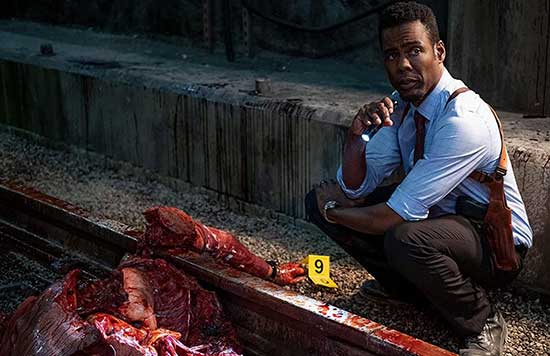 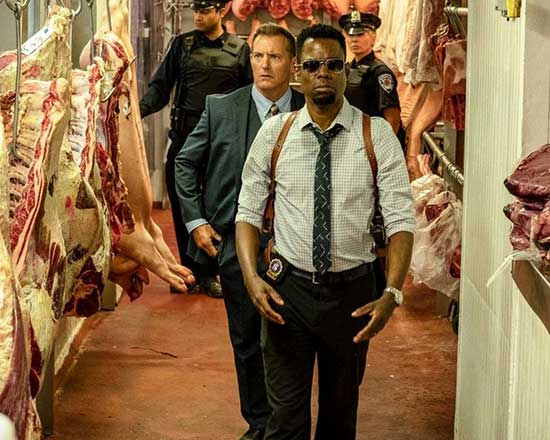 Chris Rock as the main lead just seems like an odd choice. Why was he, out of all people, chosen for the 9th installment in the series, 4 years since the last one? Wouldn’t we need someone who could bring credibility to a long-awaited (even more, due to Covid) sequel with such a dark reputation? Now, don’t get me wrong: Rock’s performance did improve in authenticity in the second half of the motion picture, yet the film feels as if it was forced to include some humor and déja-vu one-liners throughout its 93 minutes that could have easily been avoided and brought nothing more than a cringe. You just don’t seem to take him seriously for half of the film, which is a big issue in a “Saw” movie where the very sober, raw and crude atmosphere is constantly supposed to linger.

All in all, “Spiral: From the Book of Saw” in not a complete waste of time. It throws its nostalgic fans back into the devastating death traps that they love (right from the first scene) and does have an intriguing, yet predictable, storyline. Seasoned “Saw” adepts may even predict who is behind the devious torturing (as I did, and I rarely succeed at those). You should still definitely check it out, as I attribute the passing grade of 6/10 to it.

Tags 2021 Spiral Spiral: From the Book of Saw