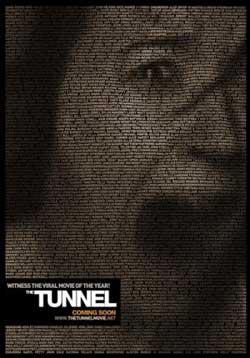 Natasha is a journalist who is searching for a big story and she finds just that when she starts investigating an abandoned project by the city of Sydney. It appears that the city was attempting to use the abandoned train tunnels under the city to build water recycling plants in order to solve the cities water crisis. After viewing a YouTube video Natasha becomes interested in learning exactly what happened to the project and very soon she finds herself face to face with exactly what caused the project to be abandoned.

“There’s virtually a whole other city beneath us.”

Carlo Ledesma’s The Tunnel is yet another one of those “found footage” that seem to be popping up everywhere as of late. The difference with The Tunnel is that it honestly builds itself up like a real documentary where some of the characters are being interviewed between footage of the group’s trip into the tunnels and security footage from all over the city. The use of these interviews actually make The Tunnel seem very realistic and make the film quite enjoyable. 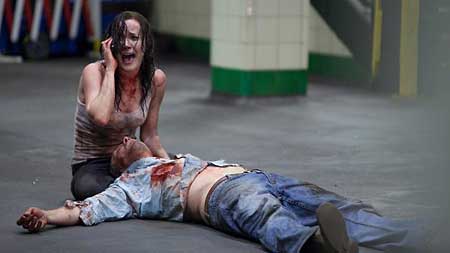 Natasha is a young journalist who is investigating a “dead” story. It seems several months ago the city of Sydney was making a big deal about using the abandoned train tunnels beneath the city for a water recycling plant in order to put an end to the cities water crisis. There was talk about the homeless possibly being eradicated from their homes and several other things but for some reason the story just dried up and seemed to vanish. It is only after Natasha views a YouTube video where two graffiti artists are attacked by something unseen in the darkness that her interest is truly peaked and she puts together a group of four to go into the tunnels to find her big story.

Natasha’s group consists of her camera man Steve, an audio guy who goes by the name Tangles and a man named Pete. Carlo Ledesma sets up each of these characters introductions by showing footage from a birthday party. It should also be noted that only Steve and Natasha are the ones being interviewed so it is obvious from the beginning that something bad is going to happen to Pete and Tangles.

The group does not get any permits so it is actually illegal for the group to go into the tunnels to film and even after attempting to bribe a security guard they are sent on their own way. The group decides to break into the tunnels and it is only a matter of time before the viewer is thrown into a claustrophobic world of fear and darkness.

Ledesma seems to embrace the tunnels themselves which are quite a great set piece for setting up all of the scares and atmosphere. Once the group is inside of the tunnels the only lighting is from the group itself so things are hidden in the shadows and noises are heard, this is a film that you want to watch definitely with the lights off and the volume on high! 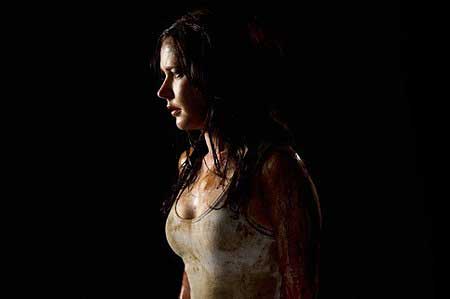 There really isn’t much of a gore score for those who watch The Tunnel and a lot of the film is mostly the group running away from an enemy that seems to be hunting them much like a lion in the wild. The monster in question is never really seen clearly since the group usually is running from it once it comes on screen, nor is it ever answered what exactly it is. The group gets lost while fleeing the creature however and that is when the real fun begins to happen.

Much like another found footage film you may have heard of called The Blair Witch Project the group begins to argue with each other as to if they should keep filming. In fact fans of Blair Witch are going to see a lot of similarities especially when an angry Steve forces the camera on the Natasha who refuses to give up her story. It is obvious Carlo Ledesma’s influences yet The Tunnel doesn’t come off as a hack job instead it wears its influences and comes across as something new entirely.

The Tunnel is definitely recommended to those who enjoy some good scares and some atmosphere; however I do feel that the whole “found footage” subgenre is starting to be played out over the last few years. The subgenre does have its fans however and they are going to eat this one up, if this is your first venture into the subgenre it definitely will not disappoint. Those however who do not enjoy films of this ilk really aren’t going to enjoy The Tunnel, in fact I can already hear them complaining about camera work and lighting and feeling dizzy….so you either like it or you don’t, however The Tunnel is an enjoyable ride and the whole presentation is quite realistic. 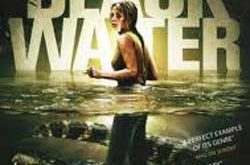 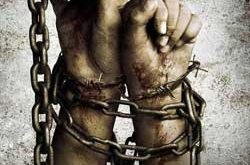 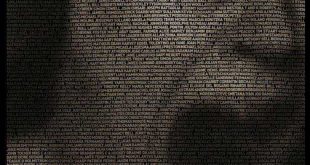 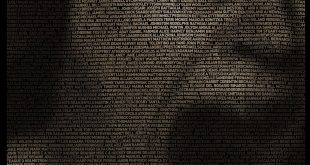