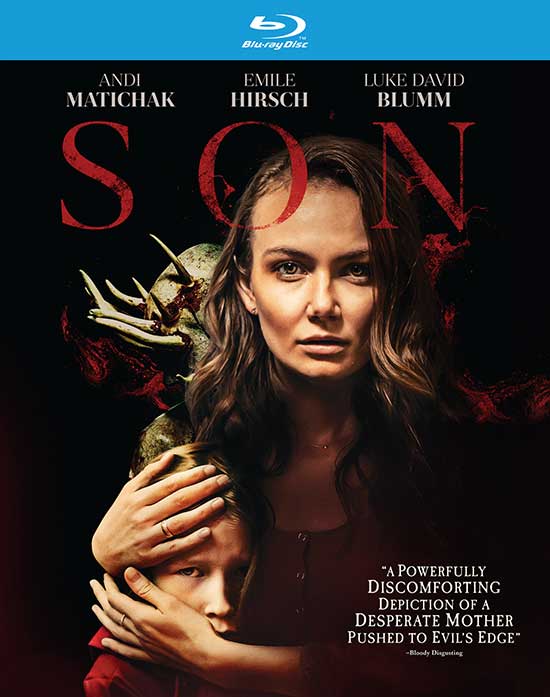 After a mysterious group of individuals breaks into Laura’s home and attempts to steal her eight-year-old son, David, the two of them flee town in search of safety. Breaut soon after the failed kidnapping, David becomes extremely ill, suffering from increasingly sporadic psychosis and convulsions. Following her maternal instincts to save him, Laura commits unspeakable acts to keep him alive but soon, she must decide how far she is willing to go to save her son.

Son opens with Laura (Andi Matichak, Halloween (2018), Underground, Assimilate) driving while frantic and listening to a religious station. She winds up in a diner, followed by two men. She’s pregnant too. The creepy men follow her, she delivers her baby in the car. It’s chaos within a few minutes of the film.

Flash forward, the baby is a kid now, the kid is David (Luke David Blumm). Luke David Blumm appeared in Watchmen, The King of Staten Island, and The Walking Dead.

What appears to be a normal night. Laura says goodnight to her son David (Luke David Blumm). She’s doing some work in bed and she hears something. Laura does the slow hesitant walk to her sons’ bedroom, opens the door and there are people just standing there. They are staring at her and the door slams. Is she dreaming? Is this real? Is this supposed to happen? Who are these people? Where did they come from?

Laura gets out of the house and runs to the trusty neighbor, Susan (Erin Bradley Dangar) and Susan calls the police. They show up. Paul (Emile Hirsch) and Steve (Cranston Johnson). They question her, Steve treats Laura like she’s crazy or maybe she was sleepwalking? Paul sends Steve outside or back to the station. He stays and tries to make sense of what happened. Paul acts a little strange. He is sort of antsy and he was too quick to send Steve away. Red flags!

Laura is a teacher and Paul shows up to talk to her. This movie reminds me of Bad Dreams. It’s scary because you don’t know. Is it a cult? Laura has a few random flashbacks. It seems like a cult meets possession. Something happens to David while Paul is checking on Laura and they all wind up in the hospital. Laura talks to Dr. Bradley (Rocco Sisto). 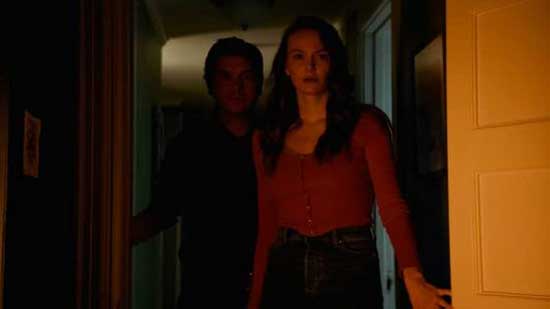 David is sick, Laura is panicked. Andi Matichak is making me tear up. She is doing such a good job portraying Laura in such an intense situation. David recovers and there are some more weird flashbacks. It’s creepy. What kind of forces are causing all this chaos in this movie? David is sick again. Laura is with him and she’s having a nightmare. The two creepy men from the beginning show up. 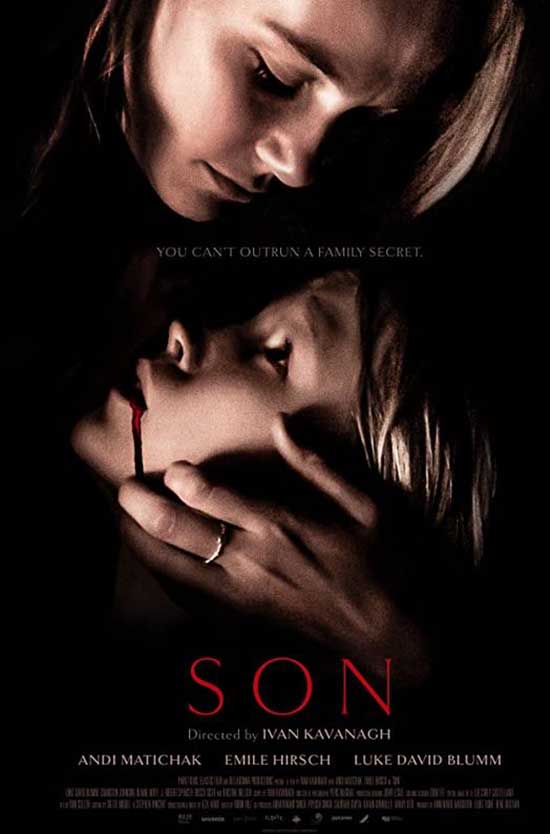 Laura gets David out of the hospital and takes him to the trusty neighbor, Susan. Let’s hope trusty neighbor Susan is trustworthy. Well, this took a turn. It’s not Susan you have to worry about. Its Rosemary’s Baby meets The Omen with a side of Bad Dreams.

Laura grabs what she can and flashbacks to the, “he is coming” cult type scene again. She leaves with David. Paul and Steve now have to investigate the murder of the neighbor. Steve finds some stuff out about Laura. No matter what the monster is, human beings always seem to be the worse monsters. There is a horrible force of evil at work here.

Paul is doing his best to find Laura and David. Laura goes to find Jimmy (Blaine Maye). Jimmy was a friend of Laura who was then Anna. Jimmy isn’t in a great state of mind either. Laura and Jimmy were subjected to horrible abuse from Laura/Anna’s father.

This story is scary and abuse of any kind is horrific. The state of mind and the PTSD that comes into play is tormenting. Laura takes David to hide out and David needs food. There’s an abusive, obnoxious pimp played wickedly by David Kallaway. Laura’s son needs food and well, Laura is going to get her son food.

Son is creepy and gory with a story to go along with all of its madness. Ivan Kavanagh delivered something different. The cops don’t believe there was a “satanic/ pedophile cult.” Laura goes back to where it all started. Oh, and it gets even weirder. You have to watch this movie. This is mind-boggling and disturbing in a good horror movie kind of way. 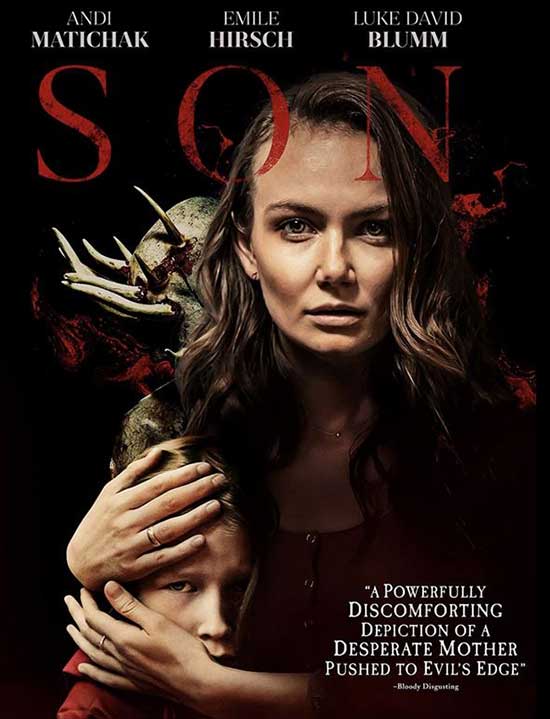 Make sure to check out SON.

RLJE Films will release the horror film SON in Theaters, On Demand and Digital on March 5, 2021.