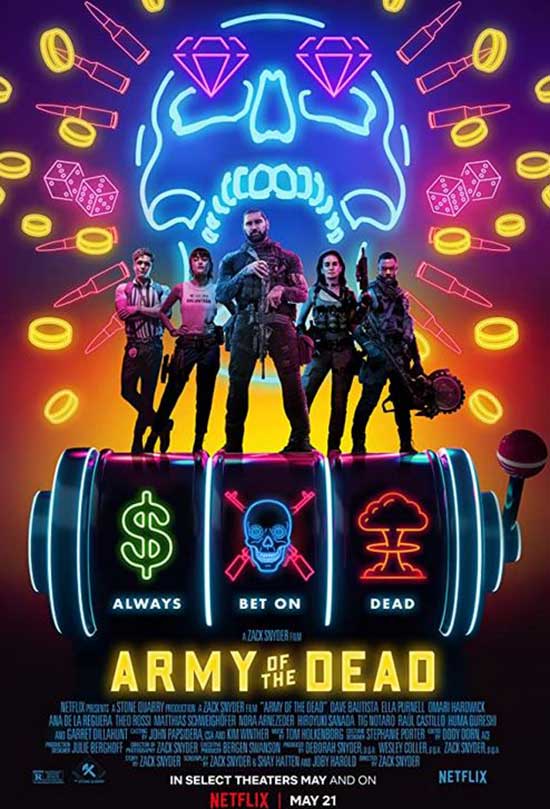 Following a zombie outbreak in Las Vegas, a group of mercenaries take the ultimate gamble, venturing into the quarantine zone to pull off the greatest heist ever attempted.

After many dips in DC’s superhero universe, Zack Snyder returns to zombie action for the first time in 17 years with “Army of the Dead” which made its way on Netflix on May 21st and in select theaters across the United States. After mixed reviews left and right, here is mine, for HorrorNews.Net. 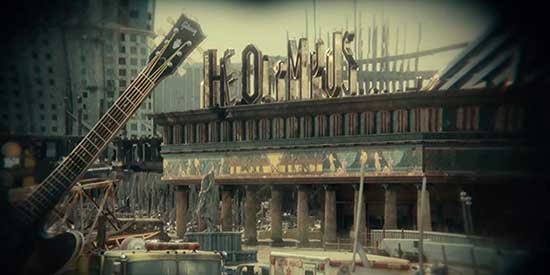 Right from the get-go, the film has a very “Zack Snyder” feel. After the rather comical and idiotic demonstration of how the undead problematic seeps out, we are treated with a musical montage involving Richard Cheese (who also sang an incredible version of Disturbed’s “Down with the Sickness” in Snyder’s 2004 remake of “Dawn of the Dead”) and fast-paced, intimidating hordes of zombies. Amidst the great performance by Mr. Cheese, we discover various characters and visual insights of each of their backstories. What is most interesting about the musical montage is that it succeeds in presenting some emotional storytelling, action-packed scenes and remarkably gory ones, as well. You can’t help but feel impressed and entertained within the first 15 minutes of the movie. 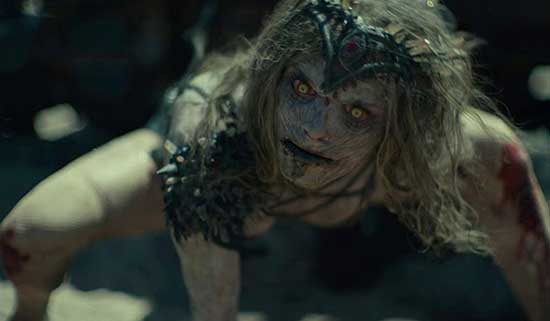 As a wrestling fan, it was nice to see former pro wrestler Dave Bautista as one of the lead roles. He certainly doesn’t steal the show for any reason and could have probably been replaced by another mountain of a man, but he definitely doesn’t seem out of place in his role, either. His relationship with his daughter has been inexistant for a long time as they reconnect throughout the storyline and Bautista even succeeds at pulling at our heart strings, at times, as the father who just can’t seem to figure out his estranged daughter.

Speaking of characters, there is a decent squad formed to execute the multi-million dollar heist; some shining more than others. My personal favorite is a German genius named Deiter who is recruited to crack open the enormous safe underneath the casino; the last step before accessing the hundreds of millions of dollars. The combination of his innocence and onscreen charisma won’t leave you indifferent. A few other characters have an entertaining moment or two, but no character is truly memorable beyond belief, even though you mildly get attached to them.

The movie does take a little bit of a dip, momentum-wise, mid-film, with a lull that seems to stretch out. Did the movie need to be two and a half hours long? Absolutely not, and that is one of the biggest sources of annoyance from the disappointed viewers of “Army of the Dead”. Despite the scenario attempting to innovate within the continually rehashed zombie subgenre with some “alpha” zombies (which, don’t get me wrong, do add a little spice to the film), there are definitely some details that could have been left out, seemed farfetched or that had already been seen before in Snyder’s “Dawn of the Dead”. 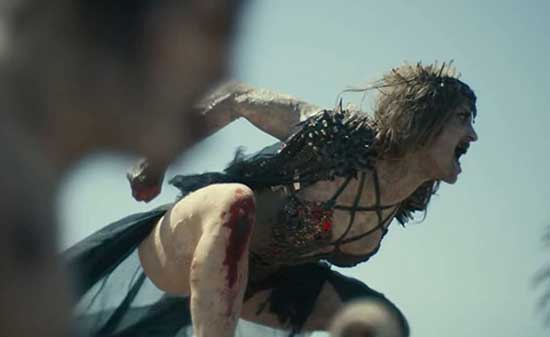 “Army of the Dead” feels like a very, very American action-zombie movie. With lots of in-your-face action, slow-downed scenes and predictable outcomes for specific characters, as well as its ending, you can’t help but feel a weighing sense of déja-vu. That being said, it is an entertaining blend of action, humor, and gore; even adding some honorable emotional scenes to the mix. While it doesn’t completely reinvent the wheel in terms of undead subgenre, is well over the acceptable time frame for this basic of a movie (that doesn’t need extensive storyline explanations time-wise, for instance), and falls way short of 2004’s “Dawn of the Dead” in comparative (one of the best horror remakes, in my humble opinion), Zack Snyder’s latest zombie flick still packs in a good time if you have the 150 minutes free. 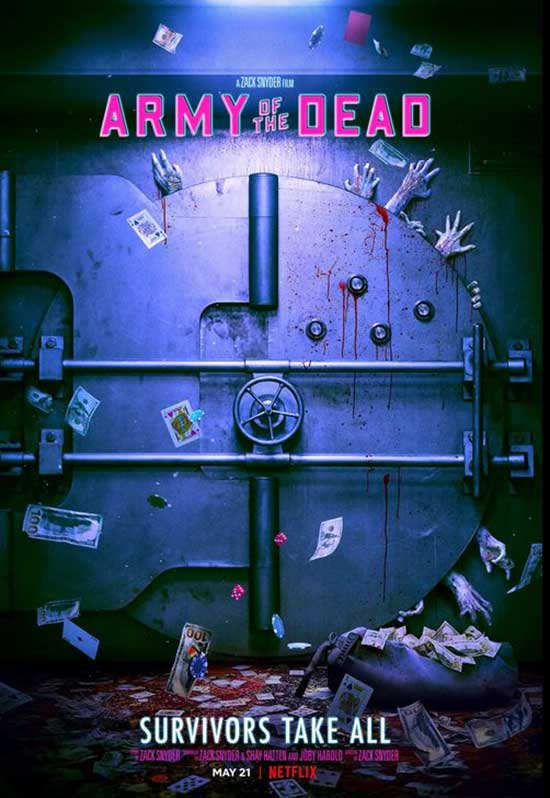 I would briefly summarize it as a watered-down squad-recruiting à-la-Ocean’s Eleven thrown into a very similar premise to 2020’s “Peninsula” (sequel to 2016’s “Train to Busan”). The excellent fusion of appealing CGI and practical effects, along with solid make-up art, will surely be eye-candy for any horror fan out there, nonetheless. The Netflix-available movie receives a score of 7/10 from my part.