Being a horror fan, it goes with the territory that there’s a high likelihood of watching that one film that pushes the boundaries of typical horror cinema and makes you squirm more than you ever have before. Extreme cinema is certainly an acquired taste and often gains you some surprised and concerned looks when you discuss with other film fans the kinds of films of the extreme cinema ilk that you enjoy. There are many scenes that have become notorious and infamous for how uncomfortable and here are 20 of the most uncomfortable horror movie scenes to sit through. As you can guess, there are some massive spoilers included in this list.

It’s highly unlikely that you haven’t heard of this classic cinema shocker. A Serbian Film depicts the story of a retired porn star who is hired out for one final film. The film turns out to be a huge snuff film full of rape, drugs and paedophilia. Out of the whole film, there is one film that has soared to the heights of notoriety and depravity, which is, of course, the dreaded newborn rape scene. I needn’t explain what happens in this scene as you’ll already have a sickening image ingrained in your head. Not only is this scene uncomfortable to watch, it is also unnecessary to have ever been made and makes you wonder whether extreme cinema is going too far.

Perhaps the finest cannibal film made, Cannibal Holocaust is the quintessential symphony of gore and shocks. Even those who are clueless in the horror genre will have heard of this one, which was so controversial that it was banned in multiple countries and continents, with the director being arrested for murder until he could prove that the actors were alive. The real cause of the film’s widespread is the fact that the animals in this film actually die on-screen. The most sickening of these deaths is the turtle’s death and we’re shown a close-up of the turtle being sliced open and eaten.

Another film that felt the wrath of censors and controversy in the ‘80s, Cannibal Ferox is one of the lesser-known cannibal films, but one which horror fans hold dearly. As can be expected in a cannibal film, there are multiple gory scenes in which those who stumble upon the cannibal territory are involved in, but the one that stands out is the scene in which one of the main characters is killed in. We are witnesses to a woman being hoisted up by her breasts, which are pierced through giant hooks, where she is bled until she dies.

Yet another cannibal film on this list, Anthropophagus is a film that was also banned and heavily censored, but not before causing controversy for one of its scenes which was originally believed to be true. The Beast from the title of the film is in the tombs of a mysterious island with a middle-aged couple, one of which is pregnant. In this scene, the foetus is torn from the woman’s womb and we witness it being devoured on-screen. The film caused mayhem amongst the censors and news outlets at the time had reported that it was actually a snuff film, which it, of course, wasn’t.

It’s pretty unlikely that you will have heard of this one unless you’re a diehard extreme cinephile. For those wondering, the title roughly translates from German as ‘The Angel’s Melancholia’ and the title alone lets you in privy to the religious undertones and connotations involved in the film. It’s impossible to say one particular scene which is uncomfortable to sit through as the entire film is simply a vile exploration of human depravity, involving murder, rape, animal slaughter and many more unspeakable acts. If you are able to survive the entire sequence, you’re a brave soul.

Again, unless you’re a diehard cinephile or fan of art films, it’s unlikely that you will have watched, or even heard of, Slaughtered Vomit Dolls, which is the first installment of the Vomit Gore quadrilogy (including other titles ReGOREgitated Sacrifice, Slow Torture Puke Chamber and Black Mass Of The Nazi Sex Wizard) directed by underground director Lucifer Valentine. The entire series of films is difficult to watch due to its lack of a structure, its use of distorted sounds and abstract cinematography. Out of the series, Slaughtered Vomit Dolls is the most depraved by far. In one disgusting scene, a man vomits into a jug only for him to drink the vomit and continue this cycle multiple times. There’s not particularly anything worth watching out of the entire series, so it’s pretty safe to say that you should avoid watching anything from it. 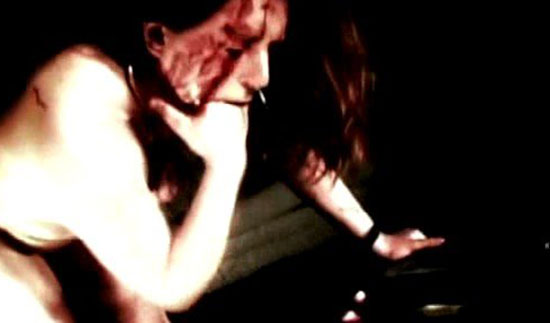 Dubbed by some as America’s answer to the Japanese Guinea Pig series, the August Underground trilogy is a found-footage series, depicting the story of a depraved couple who torture innocent people for fun. It’s not hard to guess why the scenes are uncomfortable to watch in terms of the gore, but it’s also hard to sit through the films because of how shockingly bad the wooden acting is and the poor narrative.

A Japanese horror classic, Audition is the model for disturbing and abstract films and has paved the way for many successors to follow in its limelight from the extreme Japanese horror community. Audition follows the story of a wealthy businessman who is searching for a wife and holds auditions for women to impress him and to enter a relationship with him. After he makes his selection with a strange woman, his life is turned upside down. In one particularly sickening (you’ll appreciate the pun later) scene, the businessman is in the apartment building of his partner and in an almost surrealist way, is forced to watch his partner serve up a bowl of her vomit to a man who thinks that he is a dog, who begins to lap up the vomit excitedly. It’s pretty difficult to watch this film if you’re just eaten, so it’s probably best to watch this hours before touching any food. 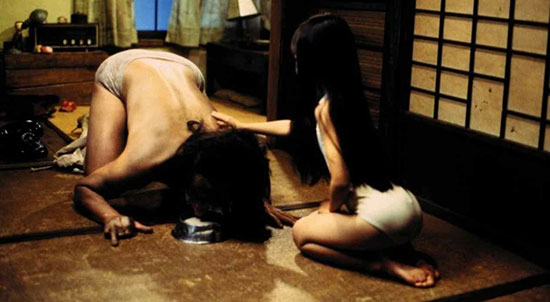 Martyrs stands out from the other films from, this list, as it can be seen as both a thriller and as a horror, with it successfully tapping into both fanbases. Perhaps the best French-Canadian film to be put in front of us at this side of the 21st century, Martyrs portrays the darkest depths of humanity and hurls us on a journey of melancholy, fear and revenge. The whole film can be pretty tense and difficult to watch, but one scene which stands out from the rest is in the final 20 minutes of the film, where protagonist Anna is being flayed by the mysterious company which has captured her, attempting to find out what there is after death. It’s pretty difficult to watch a young lady having her skin torn from her body so that her nerves are showing without the addition of a creepy old lady ever so casually talking to her, adding to the tension of the scene. 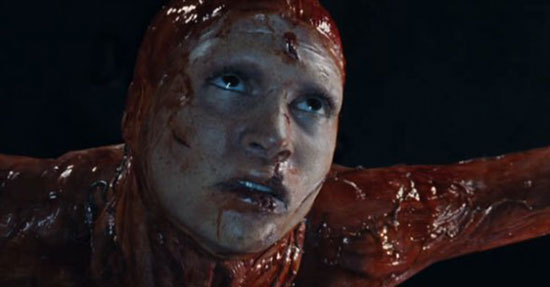 Eli Roth and Quentin Tarantino are a dream team, as I’m sure many of you reading this will agree. This is perhaps one of the finest extreme horror films to ever grace our screens and is one that you will likely have seen at least once. The whole film is premised around 3 young men who go backpacking in Eastern Europe in the search of euphoric sex with the beautiful locals, which all turns sour when it turns out that this is all a facade for an underground company which allows rich businessmen to torture people for a price. In one grisly scene towards the end, protagonist Paxton attempts to save Kana from being tortured, and so he shoots the man blowtorching her face, but not before her eye pops from her skull. In one of the most vomit-inducing scenes in any Tarantino/Roth film, Paxton cuts off the destroyed eye from her face to spare her suffering, which causes the eye socket to spurt out yellow ooze down her face. 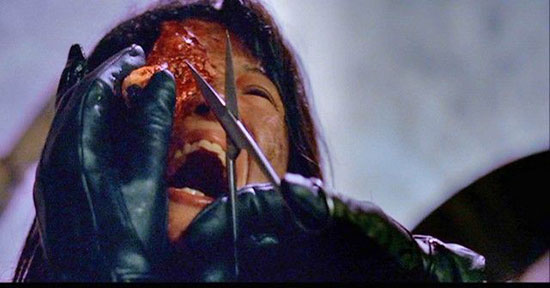 See – Most Uncomfortable Horror Movie Scenes To Sit Thru- Part 2