The one thing that can make or break a horror movie before it’s even been released is the trailer. The all-important trailer is crucial in not only garnering interest for a movie, but also loosely outlining the plot of a movie without giving too much away. In recent years, many trailers have been accused of giving too much of the plot away (here’s to you, Quarantine and Shutter Island). It’s difficult to perfect the art of making a trailer, but the filmmakers of the ‘80s sure seem to have mastered the art. As ever, a spoiler warning is in check here. Here are some of the finest horror movie trailers of the ‘80s.

Kicking off this list in gory style is the Dario Argento classic movie Suspiria, which recently celebrated its 41st birthday. From the very offset of the Suspiria trailer, a creepy atmosphere has already successfully been achieved, as we’re greeted by a woman’s voice singing, ‘Roses are red, violets are blue…’ with the ironic Goblin soundtrack playing over it. In a move similar to the twist reveal at the end of Psycho (1960), a woman is turned around to reveal a skeleton wearing clothes and a wig. What truly makes the Suspiria trailer one of greatness is the truly disturbing voiceover playing throughout, with harsh emphasis on the film’s title. “The only thing more terrifying than the last 12 minutes of Suspiria is the first 92”, the voice says. Never mind the movie itself, the trailer is a horror in of itself!

Being such an iconic and genre-changing addition to the slasher genre, it’d be impossible not include the trailer to the 1984 movie A Nightmare On Elm Street. “No-one knows where it came from, no-one knows who it’ll visit next”, we are told by the chillingly elusive voiceover. With a terrifying build-up to the character of Freddy, the A Nightmare On Elm Street truly is one of horrifying bounds. “A new masterpiece in fantasy terror”, says the narrator. This is absolutely true and the trailer shows this rather well.

Any trailer which begins with a shot of a full moon with clouds passing by is set to be a scary one. The Friday The 13th trailer is one of the most unique slasher trailers in that it gives us a rundown of all of the victims, alluding to their sticky ends. Many people complain that this ruins the flow of the film due to it giving away too much of the plot, but this couldn’t be more untrue. The trailer not only hypes up the brutality of Friday The 13th, but only adds to the mystery alluding the movie; just WHO is committing these ghastly murders?

Possibly THE movie which defines Clive Barker, Hellraiser is an excellent horror romp with an equally excellent accompanying trailer. “I have seen the future of horror. His name is Clive Barker”, says Stephen King. This is absolutely true. One thing is certain about the Hellraiser trailer, and it’s that you’ve never seen a trailer anything like it. If there’s ever an 89-second video to show you what hell looks like, it’s the terrifying Hellraiser trailer. Just one look at Pinhead and the Cenobites and you’re instantly transported into the world of sadomasochistic fetishism and pure, unfettering suffering.

An American Werewolf In London

What is it lurking on the moors? Why are the locals in the Slaughtered Lamb so apprehensive to meet hitchhikers? What is it that happens every full moon? An American Werewolf In London is a must-see movie (avoid its sequel, An American Werewolf In Paris, for your own sake) and this is projected perfectly through the trailer. “Did you hear that? What was it?”, asks a man at the beginning of the trailer. What a damning question this will turn out to be. Even including a clip from the tense London Underground chase sequence, the An American Werewolf In London trailer is sure to spur your interest and make you wonder, what WOULD happen if a werewolf ran around London? Watch this and find out.

A scared voice on voice recording. A pounding heart. An abrupt title introduction. The original trailer for The Evil Dead is one of the finest trailers of the ‘80s, for many reasons. Firstly, it only alludes to some of the horrors lurking within the movie. Also, the use of the movie’s alternative visuals to create a stalking atmosphere is truly genius. The classic chainsaw wielded by Ash makes an appearance and upon seeing this, we know we’re in for a ride.

Day Of The Dead

What would an ‘80s horror list be without a George A Romero entry to the list? Day Of The Dead is the concluding film of the world famous zombie trilogy which revolutionised the zombie genre. With shots of audience members watching the movie, the Day Of The Dead trailer is another unique entry to this list, with a hilarious shot of a zombie loudly eating popcorn at a screening. Bob, the most intelligent zombie of all time, makes an appearance in the trailer, gauging curiosity from cinemagoers, as who’s ever seen a smart zombie? Being a total blend of hilarity and suspense, Day Of The Dead has one of the finest ‘80s horror trailers.

Children Of The Corn

Based on the Stephen King short story, Children Of The Corn remains a cult classic amongst horror fans and the trailer does an excellent job of selling this classic. Another exemplary use of a chase sequence, Children Of The Corn effectively plays upon the fears of those watching the trailer, manipulating mystery and suspense brilliantly. With the infamous shot of the faux cross in the cornfield, what more could you want from a Stephen King trailer?

If there’s ever a trailer for a horror which doesn’t truly allude to the horrors lurking within a movie, it’s the original theatrical trailer for Cannibal Holocaust. Randomly cut scenes from parts throughout the movie are played whilst a chilling text hints at the contents of the movie, but the text does so ever so teasingly. Featuring the eerily iconic soundtrack from the movie, the Cannibal Holocaust trailer will evoke feelings of dread, melancholy and curiosity, all of which form a coalition of chaos. Dare you watch the most controversial movie of all time?

Ignore the reputation for the more recent installations for this franchise and just focus on the first three movies. Child’s Play is ridiculous, exhilarating and hilarious all in one, which is something that the trailer doesn’t sell it short of. What’s weird about a killer doll containing the soul of a serial killer? It’s hard to believe that Child’s Play celebrated its 30th anniversary this week. How time flies when you’re scared of dolls! With point-of-view shots from Chucky’s perspective, the trailer truly utilizes cinematography to its advantage.

Did you know that movie trailers used to be played at the end of a movie, hence the name ‘trailer’? Seems pretty pointless, right? Due to the smart idea from someone to use trailers of a means of advertising a movie beforehand, this list has the possibility of existing. Who doesn’t sit at the movie theatre watching the trailers and vow to watch every single movie listed? That’s due to the effectiveness of trailers. This list of the greatest ‘80s horror trailers shows that classics are classics for a reason, with many trailers being just as scary as the movies themselves. What’s your favourite horror movie trailer from the ‘80s? 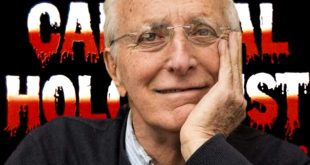