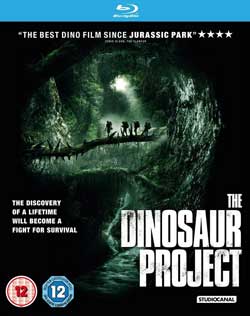 Set in the deepest, wildest throngs of the African jungle, The Dinosaur Project is an ambitious quest by a team of western explorers, hoping to find a water creature, whose origins are rooted in myth and fantasy. The head of the expedition, an Indiana Jones type, has his plans for a successful trip spoiled though, after his helicopter is brought down by a flock of strange enormous birds and to add to his troubles, he also has to look after his stowaway son Luke. Luke is the film’s main narrator; with an arsenal of personal cameras at his disposal, the young techno-geek captures every minute of this project, which becomes a lesson in survival. The team quickly discover all is not well in the jungle, and encounter some extraordinary creatures, which civilization has presumed extinct for millions of years!

I know what your thinking….”The Dinosaur Project“, handheld style footage….maybe another Blair Witch? No, not at all, though the style is pretty common these days and overused. While the film is toted as a Adventure | Sci-Fi film, it’s got its share of horror added for good measure. You can assume if it’s edgy and there are dinosaurs involved someone’s gonna get eaten (sooner or later). This film “could” be compared to a “Terra Nova” style endeavor, but really it’s kind of its own beast. It does have a slight resemblance to the TV series “The River” but then again its UK origins will quickly separate the 2. This week for me must have been “found footage” week” as about 5 titles came in all bearing this genre-style similarity. So let’s get the this one out of the way. Did I like it? Yes, I did. 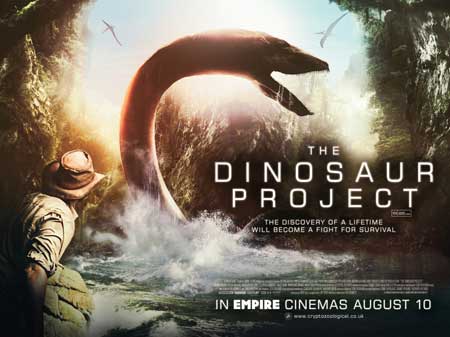 Was it spectacular? No, but enough to keep me from flipping to something else. The movie begins with a group who have decided that its due time to put together an expedition to see if the reports of a prehistoric creature (rumored to be showing up in Africa) was indeed the stuff of truth. A team is assembled rather quickly and marketed thus as “The Dinosaur Project” (shirts and all). The team is led by well known explorer Marchant (Richard Dillane) of whom is accompanied by a small team of hand picked explorers. Of course the whole trip is documented since they are in fact heading off to prove or disprove a myth. The purpose of the expedition is to locate a prehistoric water creature that shouldn’t be in existence (paleo name escapes me). If they bring back proof, well, it will be quite the find for the team. 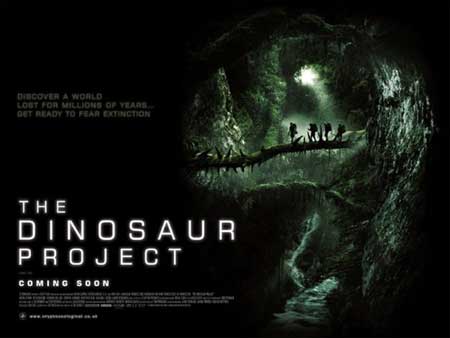 The team heads out per helicopter and discovers midway that Marchant’s son Luke (Matt Kane) has stowed away against his father’s wishes. Not able to turn back, they accept the new addition and move forward. Luke, has his own bag of tricks which include some cool motion cameras that he can place about and capture directly back to his iPad (or like tablet device). This is immediately narrated by Luke and used to gather some of the expeditions more exciting shots. The helicopter is accosted by mystery birds which cause the it to land rather abruptly crashing into the brush below. The pilots are killed but the rest of the crew is good enough to move forward on foot. It’s all done pretty well and gives you a sense of adventure much like the original “Jurassic Park” movies. Now this film doesn’t take the route of constantly hitting us with dinosaurs, but it does pull up some interesting creatures along the way. The first is a group of attack bird bats that eat some the crew while chasing away the rest. 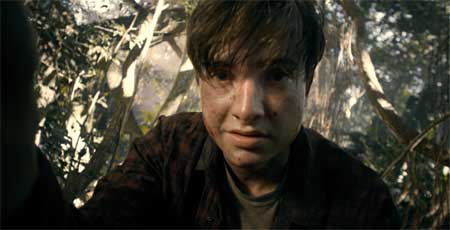 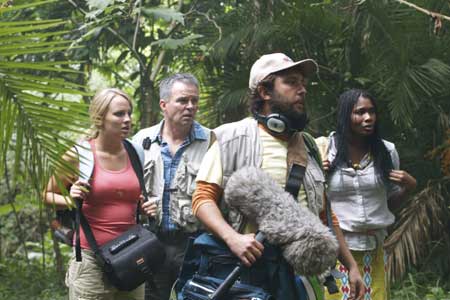 Unfortunately we lose one of our key female characters, Dr. Liz Draper (Natasha Loring) right off the bat and without much compassion for being eaten. I was actually surprised with her being credited as a main character and then snatched away within minutes of arrival.

The boy and his father have this rather strained relationship that manages to mend itself over the course of the movie. Set in a beautiful part of the country (which is un-named in the IMDB credits) “The Dinosaur Project” tends to hit quite a few genres in its presentation. Some of the film feels “Jurassic-y” while other parts maybe more like an “Anaconda” movie. 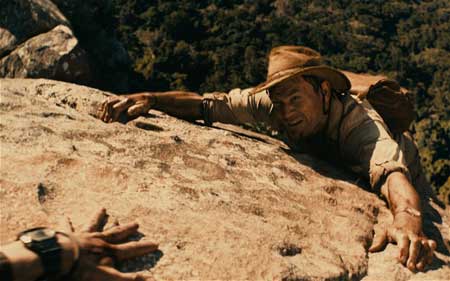 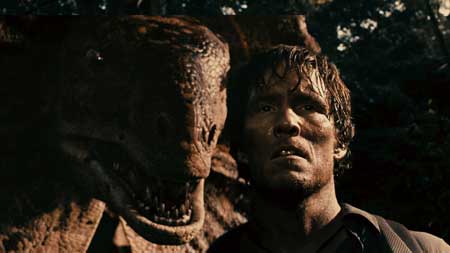 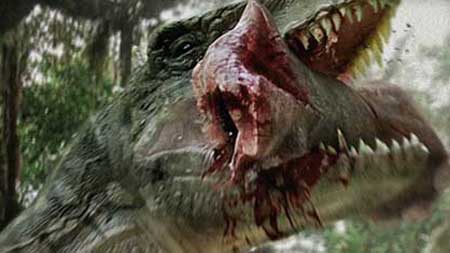 A few portions feel like maybe we missed some information here and there with a few holes that could have used some patching. Though beyond that, it works pretty well and much better than alot of these found footage films. FX work is decent and pretty close to the level of the TV show “Terra Nova” (for comparison sake). After the film has passed, you’ll probably find yourself saying, not bad….and an OK movie at that. At 83 minutes, this is one case where the story that they took on “could have” went another 30 minutes to give us a bit more meat to the structure. Nothing ever gets too bloody, but you don’t need the extra blood to know when one of them is being consumed by predators. After watching 3 very poor “found footage” films, this one ended up being the best for the day. Give it a shout and a rental……..I think you’ll find it to be pretty decent.