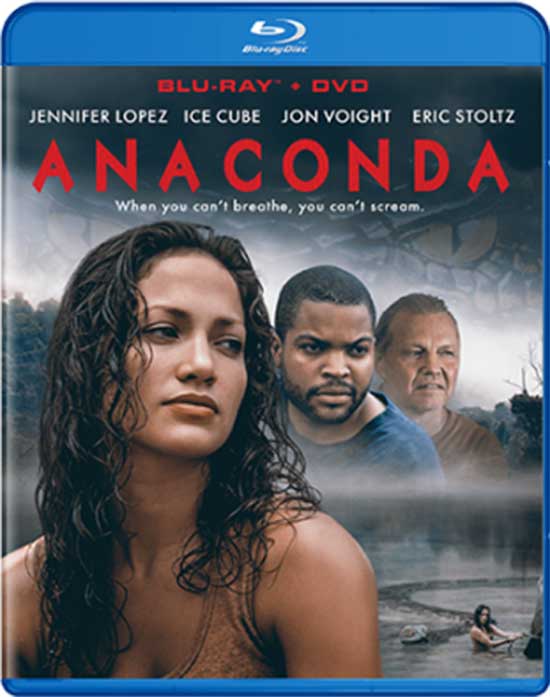 A “National Geographic” film crew is taken hostage by an insane hunter, who takes them along on his quest to capture the world’s largest – and deadliest – snake.

While one glance at the name might invoke the thought of instant cheese, I have to say quite honesty…I enjoy the sh*t out of this film. However, I won’t say that I’m much a big fan of the sequels. Now before we get into the fact that this is just another big snake movie, it’s probably worth mentioning that it’s the “better” big snake movie to arrive out of film making. With an estimated budget of $45,000,000, this film was not meant to just fall into the normal “pile of the week” category of releases. 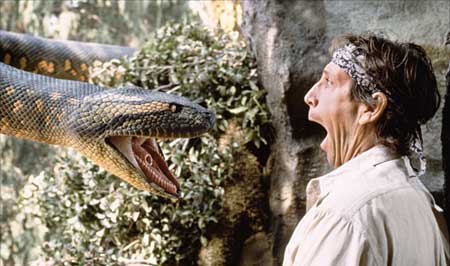 Any intelligent person could deduct that Anaconda happens to feature a rather stellar cast. If they were to do this film in today’s market, they probably wouldn’t be able to afford it’s star cast so easily. Big snake or not, this earlier 1997 film has some real legitimate substance behind it. But if you find that lacking, then you still get a cool snake film regardless.

The era takes me back a bit from a time that I happen to know quite well. Special FX were still considered state of the art and groundbreaking in many respects. This was considered a different time than now as with nowadays you can throw on the TV and see gigantic CGI dinosaurs roaming around on “Terra Nova” without a second thought. FX was still in it’s infancy and thus highly regarded (especially in the cases in where they simply worked and didn’t look like the demon from the ending of Spawn…blahh).

Jennifer Lopez of course was not to diva level yet taking on the role of Terri Flores. This was also the same year (1997) that she went on to do the movie “U-Turn” right after. Note: this African snake jungle role would surely be bad for those J-lo fancy nails….. haha 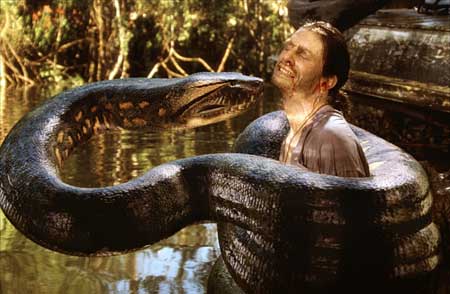 Moving along, the cast has great chemistry as a National Geographic film crew out on a Amazon rainforest jungle excursion. As they float over the scenic river heading downstream they pick up a stranded man who has other intentions in mind for the team. This man, Jon Voight plays Paul Serone, a rather obsessive snake hunter who “really” wants to capture the giant anaconda rumored to exist within these parts. Note to viewers, Vouight gets the vote for one of my favorite film death moments…gulp. 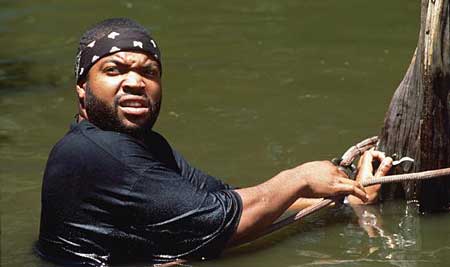 The film is centered around this team who are determined to document a long lost tribe known as the Shirishama. Once they pick up Paraguay snake hunter Paul Sarone (as he is reported) things begin to elevate into the worse. The crew becomes suspicious and Voight becomes quite the weirdo. (Note: got to love that rather weird accent he fashions in this film)

To get to the point, alot of good characters get swallowed, eaten, consumed, and killed (but not in that order) Their of course is a few great confrontations here and some tense moments involving a big snake lurking just outside their boat. 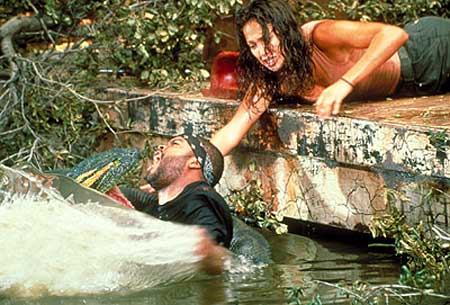 “Anaconda” may have a slight layer of cheese attached to it, but it’s still damn fun to watch. In fact you date, I believe I’ve re-watched this film at least 6 times. The snake is part practical effects and part CGI. So there was some decent work that went into this creature. Future research on “Anaconda” reveals that despite some of its negative reviews it did very well at the box office (It pulled in $136,000,000…damn!!). 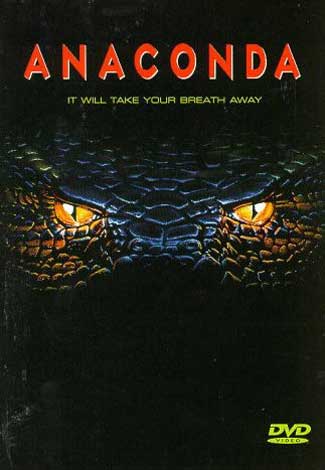 It did report a few accidents on set when a “live anaconda” was used, but despite being in the presence of a lethal snake….Lopez was not swallowed and went on to make her next album (last pun intended) Anaconda (1997) is worthy of being called a cult classic that has survived the test of time. It still remains a pretty frequent purchase of which I am planning on picking up the blu-ray quite soon. Love big Snakes? Then you’ll love Anaconda!

Anaconda is now available on bluray per Mill Creek Entertainment