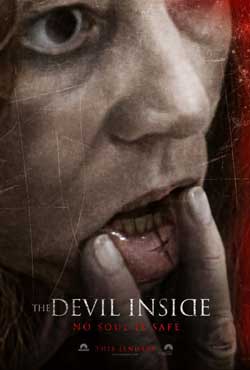 In Italy, a woman becomes involved in a series of unauthorized exorcisms during her mission to discover what happened to her mother, who allegedly murdered three people during her own exorcism.

“The Devil Inside” debuts as one of the first horror films to arise from the 2012 New Year. With typical theatre attendance a bit low, many have been eagerly anticipating its arrival. It’s marketing efforts have been strong and reported impressions have been positive. Though with any film that involves the devil and camcorders you still have to take on things with a grain of salt. If anything is a staple of 21st century filmmaking, it’s that cinema verite style films are all the rage. It doesn’t hurt that they are budget -ready productions for filmmakers with vision either. 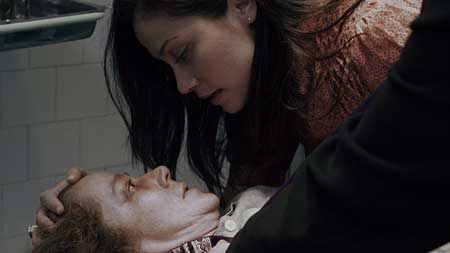 I was already receiving mixed signals on others reaction to this new arrival. In fact, it ranged from creepy to downright…a waste of time. Though my film needs are not always in line with the common reaction, so I went into it open minded.

Before we get into the story, I wanted to say that I will try and review this in my honest opinion without giving away spoilers or main plot surprises. I will also say that its biggest flaw of which many will simply dismiss the film by is, an ending without resolution. In fact, to take it a step further, it’s downright abrupt. Though there will be no giveaways on that. Just that it compares to films like “Blair Witch Project” and “The Last Exorcism” which “also” had abrupt endings. In that effect, its not that unusual to end a film on a unresolved note. 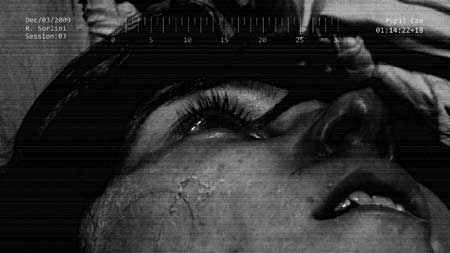 In its defense, “The Devil Inside” might just be one of the most powerful exorcism movies, I’ve ever seen (yep really). “The Exorcist” was also powerful but still theatrical with its makeup, head turning special FX and film embellishments. “The Devil Inside” does not go that route but does make you a believer that this how a true exorcisms “might” roll out. The production and general feel of the film reminded me of the movie [REC]. Not so much in subject matter, but in tonality and POV perspectives.

In our introduction, Maria Rossi (Suzan Crowley) murders 3 people who tried to perform an exorcism on her. The media-reported event was highly sensationalized occurring during her daughter’s early years (age 3 I believe?). Several years have gone by with Isabella Rossi (Fernanda Andrade) never truly knowing the full story behind her mother’s ordeal. As part of her own resolution, she decides that she will investigate the incident, visit her mother who resides at a hospital in Rome, and document the whole deal. She is accompanied with a counterpart camera man who will do the brunt of the filming. 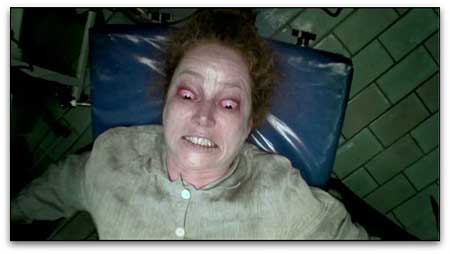 In the interim, Isabella visits a local school of exorcism. It is brief but soundly lays the foundation of the whole film. In lecture we are told about “transferrance posessions” and “multi demonic possession” situations. Both of these innocently-laced factual reveals are important to the plot of the film. Meaning….you’ll wnat to remember that word “transferrance”

We get handed pretty early a political view on the Vatican church. As told by some of the practicing students, the Vatican is not in the business of healing and has therefore denied many of the claims on possession. The has lead to an almost underground movement within the students who believe that some of the possessions are in actuality genuine. They have created a system based on readings and trademark signs that solidify the notion of a real possession over a faked one. 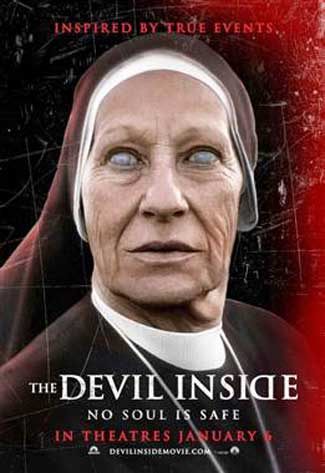 Isabella, quickly takes to the movement and accompanies them on a real exorcism. It is in this instance that we get a most harrowing experience. All the while, Isabella pays visit to her mother who is determined to be deeply disturbed. Suspicions are high on her mother’s possession which eventually leads to a very powerful performance by actress Suzan Crowley. 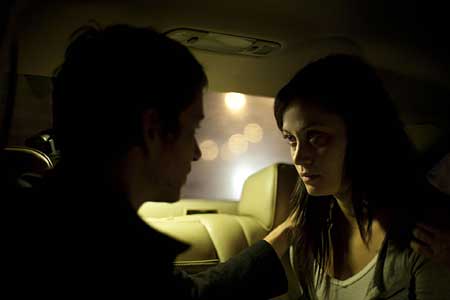 In the 3rd act many of the lectures implications begin to play out with the group and everyone they come in contact with. From a narrative perspective, “The Devil Inside” tends to leave several holes open that never get answered. This could be a segue into a much needed sequel or just the personal style of director William Brent Bell who felt best to leave things open-ended.

I will comment on one flaw of which is not a spoiler since it’s been a much publicized clip to the film. A young priest who is suspected on being a victim of transferrance possession almost drowns an infant in a family baptism. The flaw here is that one who is possessed would have issues with being in a church, wearing a cross, wearing priest clothing AND putting their bare hand into holy water. I took this more as an impact moment than a factual inclusion. 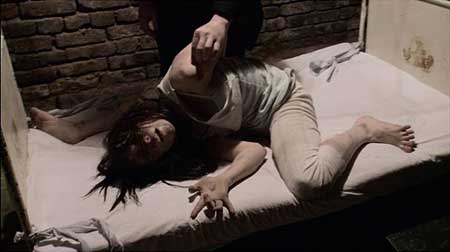 The group becomes heavily involved and a motive is underway. In retrospect, my takeaway on all this is that the “devil” is simply not some wimp meant to be toyed with.  I believe the director wanted to convey this message and demonstrate the intentions and power of evil. Often in these films, the usual standard is one of more priests reciting a few lines, tossing some holy water and calling it a day. I didn’t feel that “The Devil Inside” would be content with typical resolutions. I got that it was more focused on sparking a flame and letting  the sh*t hit the fan. If there is confusion on how things rolled out, that would be my first perspective. When the demon was asked what his name was……it responded with “you already know”. Such an answer would translate into “obviously the devil”.

There is no denying that “The Devil Inside” provides some powerful moments. I didn’t walk away feeling there was much in the chills and scare department, though I did feel that the incidents were well done and effective in their message. In the end, a movie that gets talked about alot is usually a slam dunk for the powers behind it. Whether you feel rewarded or cheated is up for discussion.