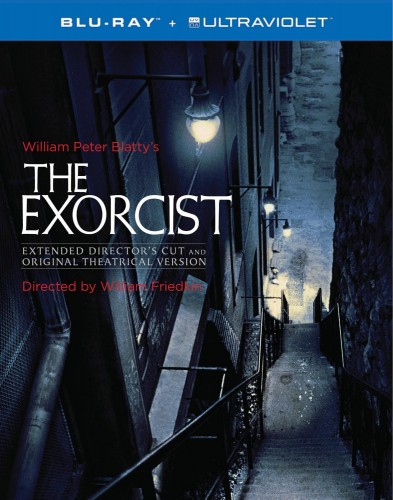 If this horror classic doesn’t terrify you, maybe you need a shrink. Movie actress Chris MacNeil (Ellen Burstyn) realizes an evil spirit may possess her daughter (Linda Blair). Against formidable odds, two priests (Max von Sydow and Jason Miller) try to exorcise the demon. A superb meditation about the nature of evil, The Exorcist was created with adults in mind and isn’t appropriate for youngsters.

The Exorcist: 40th Anniversary has been released! Check below for all the inclusions in this fantastic bluray product!

Called by most, “the scariest movie ever made“, it gives me great pleasure to review this film upon its 40th anniversary bluray release. When you take on a film that has been reviewed to death, (and is pretty much known or has been seen by every horror fan in existence) you tend to wonder if there is anything more to be said? 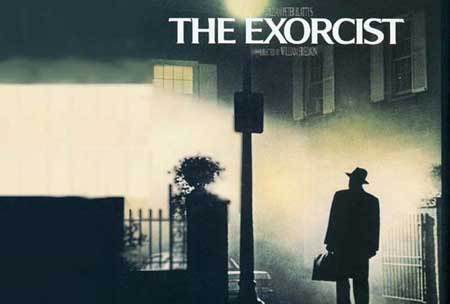 The story itself is pretty well known. What changes over time is the quality and the additional offerings that emerge in celebration of “yet another” celebrated release. If you are like me, you probably own the VHS, the DVD, the “version you never saw” DVD and various other special editions. Why we continue to re-purchase is merely a staple of admitting that a great movie deserves re=watching, experiencing and somehow saying thank you to the creators, yet again.

Then of course….. there are the generations that are still in infancy and haven’t taken the demon plunge into darkness. Ah, should we be envious?

So with that said this one is dedicated to them. 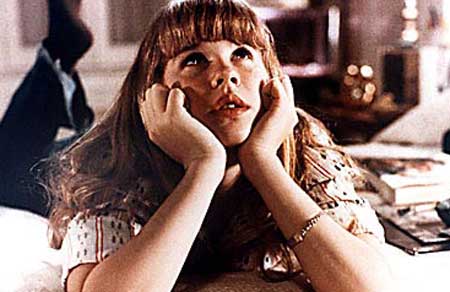 If every a movie was more deserving to get re-processed into a bluray high quality release, it is this one. “The Exorcist” was of course a product to the 70’s. It made such an impact that headlines flooded in like tidal waves carrying it’s fear of all things Satanic to a rushing in your face sort of realism.

Yes, this film was “based” on a story the writer had read (a 1949 case in fact), who took it upon himself to put his dread into film and scare the living shit out of the rest of us. Linda Blair, a young somewhat unknown actor the time would become “that” face of evil as we watched this cute little girl transform into a hideous sore-faced scarred up plaything of the devil. What was more disturbing is that as young as she was, she was playing a role that really dealt with extremely adult subject matter. The contrast was disturbing lending itself to a level that surpassed anything before it. 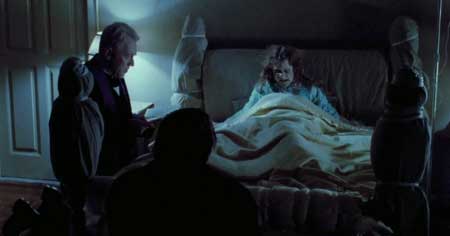 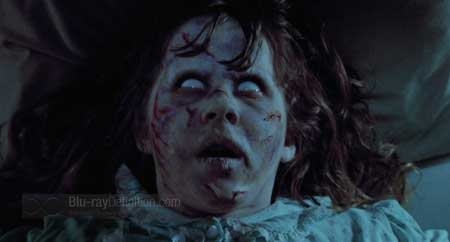 The movie would remind the rest of the world that evil doesn’t exactly play nice (and is only really confronted with the power of an exorcism). Exorcisms were not new ideas or were they fictional. The Catholic church has been addressing these phenomena’s for years held by a very select few who would dare take on such traumatic events. 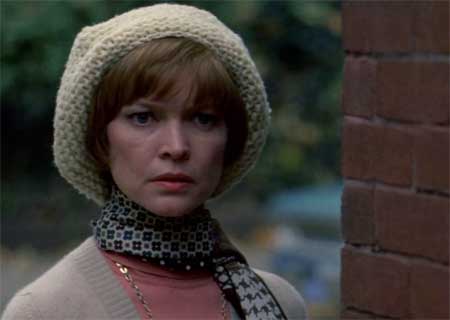 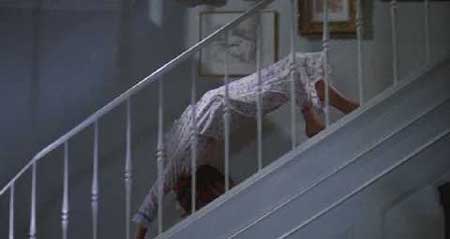 The film itself would inspire countess films, most of which were poor copies, poorly done or never up to the impact that this film had. In fact, The Exorcist franchise itself would never top its foundation film, which suggest that the planets were aligned with all the right elements coming together under one this package. As it stands, the movie, the imagery and the girl would all prove to be iconic mainstays that kicked off the 70’s with a bellowing…..”stand back horror has alot more to offer!”

Now as we quickly flip to today’s standards (as we have had quite a few films that have taken on demon subject matters mostly with some form of exorcism being injected) we find that they all fell mostly short of their influence. The FX were the best for that time, and while newer generations might find them a bit retro and humorous, “The Exorcist” is really no laughing matter.

The story is pretty basic. A young girl, Regan McNeil (Linda Blair) dabbles with an Ouija board and begins to show signs of disturbing change (there’s your sign naive teens!).

There is an intro that delves into the demon “Pazuzu” which sets the stage for a future confrontation that priest Father Lankester Merrin (Max von Sydow) will inevitably face. The intro frames in on that classic shot of Merrin standing across from the demon’s statue. It feels disconnected at the time, but rather is the ultimate foreshadowing. 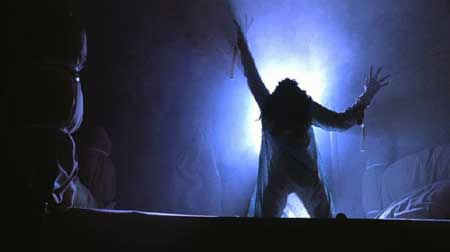 As Regan continues to escalate in possession, it is a priest named Damien Karras (Jason Miller) who is called into action. Karras, now at a point in life where he is experiencing a  lost of faith is reluctant to believe or pursue this obvious escalating ordeal. Karras and Merrin do however stand up to the challenge to take the devil head on. As the film does progresses, we are slowly brought into an unnerving experience that for many of us was/is unforgettable.

The details of the exorcism seem to arrive like acts of a play that increasingly get more destructive. Green vomit, speaking in tongues, self inflicted blasphemy and the obvious physical transformation that evolves into quite a scary vision, are parts of this iconic achievement. The main character parts are pretty clear cut. We have an innocent who plays with the wrong device (Ouija), a priest ex-boxer who is considering leaving the church  and an old veteran who is destined to take evil on face to face. 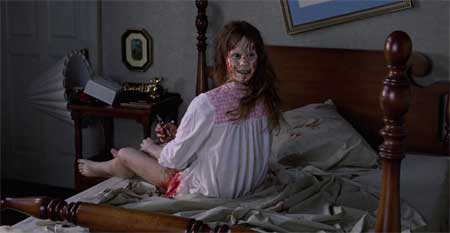 The film would spark an onslaught of evil-rooted films that based their influence upon the devil. Films like “the Omen”, and “Rosemary’s Baby” would arise on their own accord each handling matters slightly different.

We’ve got loads of goodies as indicated below. It’s important to note that this is in high resolution, but is still the 70’s movie re-treated for high resolution. This approach is common today with old movies that need to play on bigger screens. The release is a 3 disc set that includes a hardcover booklet. The release contains 2 versions of the film, the theatrical and the extended directors cut. The directors cut is also essentially the “version you’ve never seen” version.

To comment, I did view the “extended” version, but will say that the “original” really is the preferred version here. The extended version while digging deeper into the back story tends to get rather lethargic often taking too long to get back to the action. We do get that great “spider crawl scene” but it’s not enough to warrant the drag that comes with all the other bits surrounding medical testing on Regan. Stick with the original, it plays out better.

The sound is excellent and the extras make for a great overall way to own this release. If you havent purchased it on bluray before, then this is a great way to get the goods all in one package.

The Exorcist in now available out on bluray in its 40th Edition per Warner Brothers!
This is the one to own is you haven’t run out and scooped it up yet!

– Talk of the Devil

· Two Commentaries and an introduction by William Friedkin

· A Commentary by William Peter Blatty

· The Exorcist Locations: Georgetown Then and Now — Featuring a tour of the iconic locations where the film was shot.

· Faces of Evil: The Different Versions of The Exorcist — with director William Friedkin and author/screenwriter/producer William Peter Blatty discussing the different versions of the film and featuring outtakes from the film.

Also included is an excerpt from “The Friedkin Connection, a memoir.”