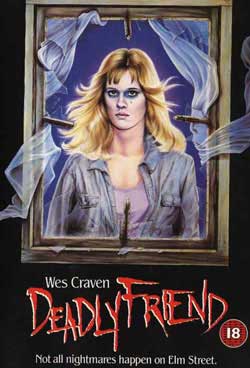 Loosely adapted from Diana Henstell’s novel Friend, “Deadly Friend” revolves around boy genius Paul (Matthew Laborteaux) who has moved to a new town with his mother his mother and his robot pal that he built himself named BB. Paul soon falls in love with pretty neighbor Sam (Kristy Swanson), who lives with her abusive father. Things soon go downhill when BB (who has been showing signs of hostility of late) is blown to bits by the crazy shot-gun toting old lady who lives down the street and Sam is knocked down the stairs by her father, leaving her brain dead. Paul has a solution though, as he puts BB’s main microchip into Sam’s brain to revive her. He thinks that his problems are over but he couldn’t be more wrong as Sam soon goes around killing those who wronged both her and BB.

There is no doubt that Wes Craven is an icon in the horror industry. He contributed many classic films to the horror genre such as “Nightmare on Elm Street,” “The Last House on the Left,” “The Hills have Eyes,” and “Music of the Heart” (Just kidding about that last one but it is quite scary in its own way). He is also responsible for several lesser know films that weren’t quite as successful (“People Under the Stairs,” “Shocker,” and “Deadly Blessing” just to name a few). “Deadly Friend” falls into the latter category which is a shame because I consider it an underrated gem. 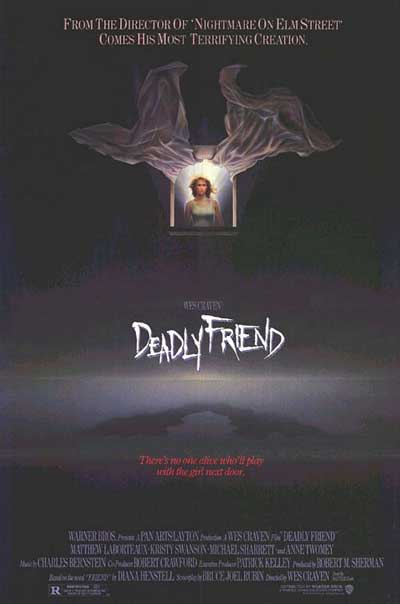 I first saw this movie when I was about 11 and it scared the living piss out of me (To this day robots still freak me out and I think that this movie is partially responsible). My wife recently got it for me on DVD for Christmas and while she didn’t really care for it I thought that it still held up pretty well (I think I had built it up so much for my wife that by the time she finally saw it there was no way it was going to live up to her expectations). While it wasn’t quite as scary as I remembered it and there were a few things that came off as cheesy (Sam talking with BB’s voice, the horrendous, silly music during the end credits, the wacky “Let’s drug mom” scene, etc) I still thought it was a kick ass film. 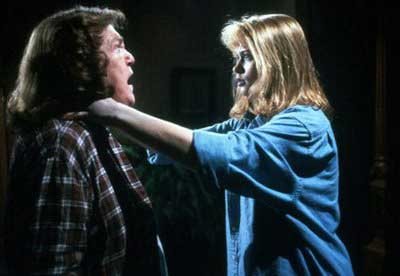 The cast is great with Matthew Laborteaux (who played “Albert” on “Little House on the Prarie”) starring as Paul (whatever happened to this guy?) and a young Kristy Swanson playing Sam. We also have the great Anne Ramsey cast as Elvira Parker, the crazy old paranoid lady that has no trouble pulling a shotgun on people if she feels it is warranted. Michael Sharret does a fine job as Paul’s friend Tom and Anne Twomey is pretty believable as Paul’s mother. Overall the movie has a talented cast and I think that it is some of Kristy Swanson’s best work as you find yourself liking and feeling sorry for her when you see what her father puts her through on a daily basis. 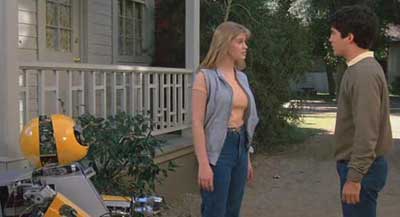 While “Deadly Friend” is by no means a bloodbath there are a couple of scenes that will satisfy those who enjoy their films nice and gory. Ever wish you could see an old woman get hit in the face with a basketball so hard that her head explodes into pieces? Then look no further because your wish will be fulfilled here. This in my opinion is the best “death by basketball” scene in the history of film (OK, so it’s probably the only one but trust me, it rules). I remember being so amazed by this scene as a kid that my cousin and I rewound it and watched it over and over again several times. I think that this scene makes up for the overall lack of blood and guts and I guarantee it will make the gorehounds happy. 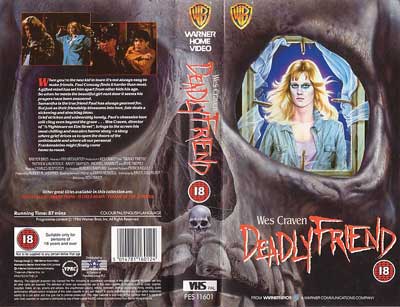 I realize that “Deadly Friend” may not be for everyone. There are times that I think that I may be one of the only people in the world that likes it. It is unfairly raked across the coals and I have even heard some people claim that it was one of the worst movies ever made (obviously these people have never seen a Nicholas Cage or Ben Stiller film) and that just isn’t true in my opinion. 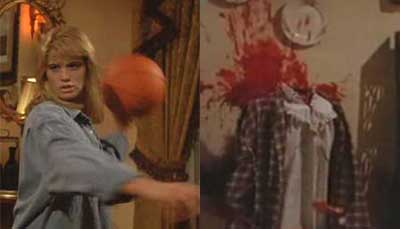 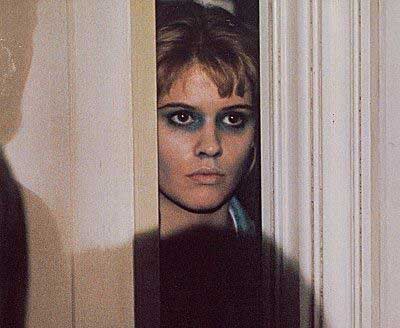 I’ll admit that it isn’t the greatest horror film of all time but it is nowhere near as bad as many people say it is. As a matter of fact I would rather watch it as opposed to Craven’s other stuff such as “Scream” and “Chiller.” Since Craven has become money hungry in his old age and is fine with all of his films being remade (just as long as he is paid handsomely somewhere along the way) I wouldn’t be shocked to see “Deadly Friend” be remade in the near future (I dread the thought of this as I am sure Sam would be played by some chick from “The Hills” and Paul would be some guy from “Gossip Girl”), so check out the original before this happens. You could do much worse than “Deadly Friend” and I think that it you are willing to give it a chance you may find that you actually like it.