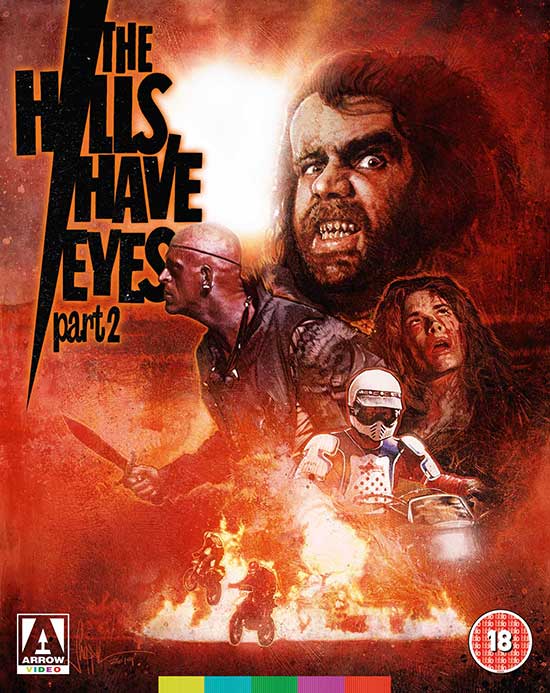 A group of dirt bike racers set off on a bus trip to enter a race across the notorious desert of all the legendary folklore murders. The bus breaks down off the beaten path. While searching for help they split up and end up in the clutches of the desert mutants’ traps.

Wes Craven allegedly claims he made this film as means for money. One would only hope he socked away any profit for the far more superior Nightmare on Elm Street franchise. Craven has reportedly since disowned his efforts on this film.

Tagline: “So you think you’re lucky to be alive.” 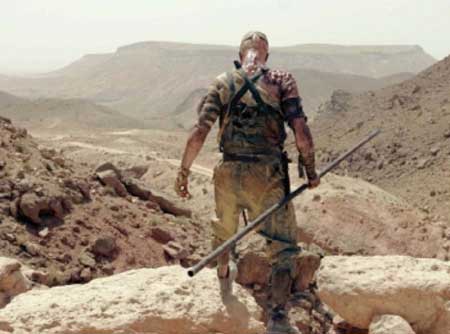 Personally the only luck I’d felt was when the film was over. A certain melancholy washed over my harrowing spirit realising there’s ninety minutes of life I’d never get back. HHE2 have all the ingredients of making an effective humanary stew. When it falls short, we as the audience are left with a bitter taste in our mouths. 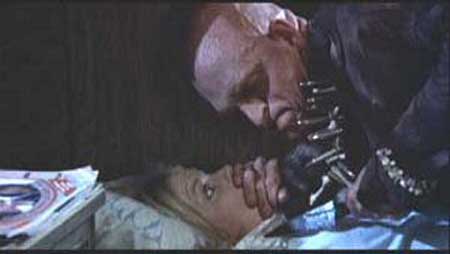 Almost forty five minutes lapse before our first death scene. This leaves the viewer bored, restless and awkward with the spectacle before them. The cinematography is dark and grainy which can quite often add to the charm of eighties terror. Long before the days of HD, the use of light and shadow in this flick may be one of the few captivating qualities. Stereotypical synthesizsers grind out some glitch musical score that for whatever reason seems to be as synonymous with eighties movies and funk music with p*rnography.

The characters corny interactions at times contribute to a believable, casual circumstance but in this case it goes way over board. One youth writhes around on the bus while mocking on of the survivor’s previous trauma. It significantly removes any empathy or relation we have to the protagonists. Truly we cannot wait to see this character get what’s coming to them. Watching their tongue in cheek dialogue is like a rusty cheese grater on the nerves.

Esthetically pleasing Tamara Stafford (Cass) a blind character is thrown into the fray. Although her svelte physique and teased mane keep the male demographic morbidly curious, the gimmick wreaks of ‘jumping the shark syndrome’, a mad cap over the top publicity stunt utilized to reel in an audience made famous earlier in this nostalgic era. 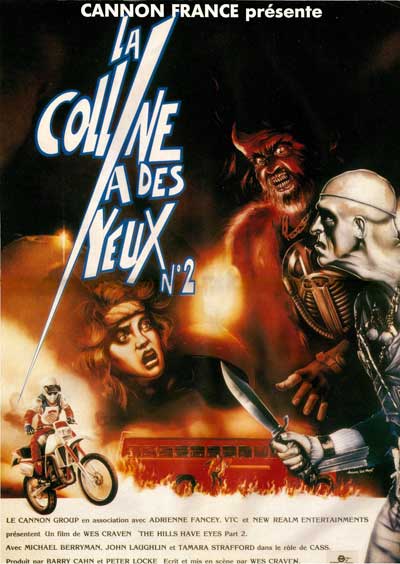 The plot loses direction, often relying on flash backs from the previous installment to tell the story. The special effects are fair but certainly not exceptional. We find ourselves laughing more often than cringing in gross out fear.

Thankfully old Wes had redeemed himself with the Nightmare Series, Red Eye, Last House on the Left and the Scream trilogy. The Hills Have Eyes 2 falls out of the stratosphere from its mark. A zero out of five tombstones would be too kind. 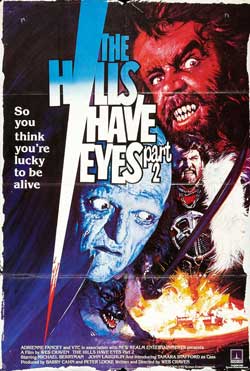 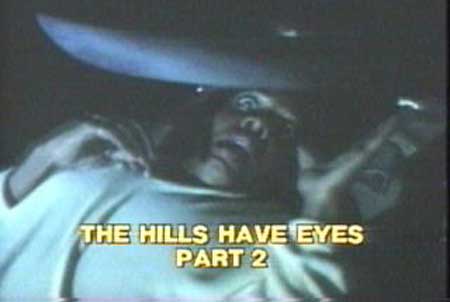 The film itself has been publicly disowned by Wes Craven who mentions that he took on “The Hills Have Eyes II” due to financial needs at the time. The movie was released November 17th, 2002 onto DVD rumored to be a poor quality release. It is slated to re-release again in 2012. 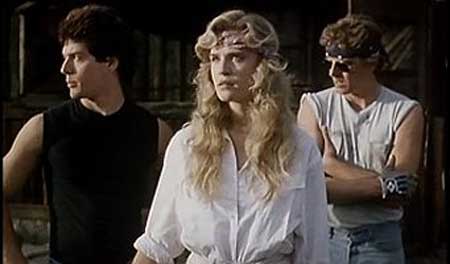 Many probably didn’t realize that the franchise received a 3rd sequel at the time titled “Mind Ripper, also known as The Hills Have Eyes III” None were ever as successful as the first.

The Hills Have Eyes II (1985) is now available on bluray