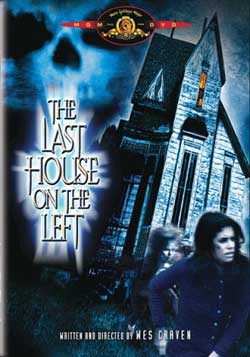 In this cult horror favorite from twisted writer-director Wes Craven, a pair of repulsive, sadistic escaped convicts kidnap, rape, torture and murder two teenage girls — but the criminals have picked the wrong teens to victimize. One of the girls’ parents, not content with turning to the law, set out to exact an equally brutal revenge on the vicious murderers, who are hiding out in the family’s home.

Sometimes the scariest horror movies aren’t the ones with the magical serial killing deformed dead guys or the giant city destroying monsters or the armies of blood sucking fiends intent on the destruction of mankind. Sometimes they are the movies that show you real life nightmares, real life tragedies, real life squick* inducing moments that you hope you will never have to experience outside the confines of your television set. Last House on the Left, one of Wes Craven’s early films, builds its horror on one of the greatest fears of parents and their teenage daughters – the very real threat of strangers and a night when your kid never comes home. And it does it in such a way, with old scratchy film and in-and-out audio and average looking actors and actresses who could be the people you run into at the grocery store or in the street, that you feel like you are watching something almost too realistic to be just a movie. 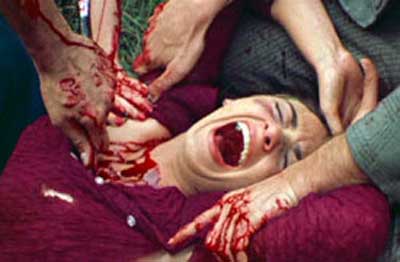 There is something about horror movies from the 70s that seems to be particular to that era in filmmaking. They don’t have the frenetic pacing of movies today or the ultra-gory special effects of the 80s. They’re pacing is slow, the build up to the horror takes a long time, and they trick you into a sense of security and complacency before suddenly and brutally reminding you of just what kind of film you are watching. Last House on the Left is a perfect example of this. It starts out really sweet, with a girl and her parents chatting and being cute together. Then the girl goes off with her friend and they cavort in the woods and chat about boys and fantasize about the band they are going to see.

Because eventually they get to the point where things in their lovely evening begin to go very, very wrong. They follow the wrong guy up the wrong staircase to the wrong apartment and meet the wrong friends, and then every bad thing that your parents ever told you would happen if you talked to strangers happens to the girls. But then suddenly there is this lull in the horror. The story takes a giant step away from the crying and the screaming and the squick, and the music gets peppy and these two bumbling cops are introduced and their scenes are actually slapstick buddy cup funny. 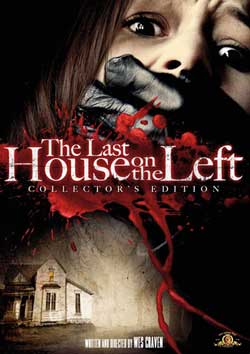 In the middle of all of the bad bad bad and this is wrong wrong wrong, there is some funny. When the story cuts back to the bad bad bad it is jarring and a little nauseating and expected but unexpected. And it makes the impact of the next stretch of film all the more horrifying because you forgot that nasty things were happening, you made the mistake of believing things were getting better and you forgot what you were really watching and now you must be punished. And punished you shall be with one of the most brutal sequences of events in horror. Because the rape/escape/murder scenes that follow are truly brutal in their completely realistic looking approach to the subject. Sure other horror films have brutal scenes with torture and gore and psycho killers doing horrible things. But they don’t look as real as this one does. They don’t look dirty and scratchy and sweaty and average and exactly like what you think it would be like when you have the nightmares about this exact thing happening to you or someone you love. They don’t have villains who sink to the absolute depths of human evil one minute, and then seem to regret – actually regret! – what they’ve done just minutes later (not that the regret lasts long for them). 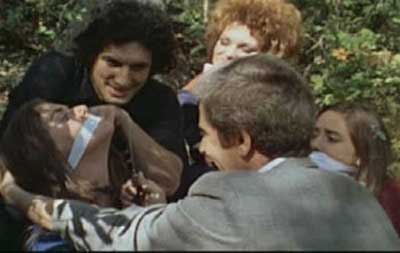 And they don’t have the cruel irony of the child murdering villains asking for assistance from the very parents of that murdered child. It’s a heart breaking twist that makes you want to scream and cry and throw things at the TV. At least until those parents find out what the villains did and snap in the most ingenious and awesome way possible. They take eye-for-an-eye to a new level and it might be morally wrong and all that blah blah blah, but that doesn’t stop you from cheering them on. Unfortunately, once revenge has been taken they have to acknowledge that they have become monsters themselves and done some very bad things and their daughter is still gone and their lives are still broken. Seeing that on their faces, just before the credits begin to roll, is just another slice of ultra-realism shoved in your face. You may not see the whole aftermath of the actions these people have taken, but you know its coming and its going to be bad. Not just any horror film will show you that either. 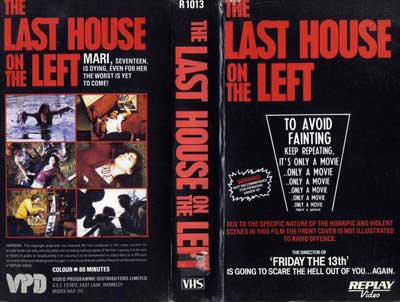 Last House on the Left is a lot of things. It’s tricky and nasty and scary and vengeful and heartbreaking and strange. It is light and dark, fast and slow, happy and angry and sad and silly. It has moments that are incredibly hard to watch and I wouldn’t recommend this to just any audience as I don’t know that they would be able to handle it. Because this movie makes you feel a lot of things, and think about a lot of things, and experience (even if its second hand) a lot of things. If you are looking for a movie that will give you some jumps and thrills and a good time and that you will be able to leave behind once you shut off the movie player, this is not the film for you. But if you are in the mood for a movie that will show you just why we have nightmares about strangers, and if you are in the mood to be thoroughly squicked out, you might want to give this a try. 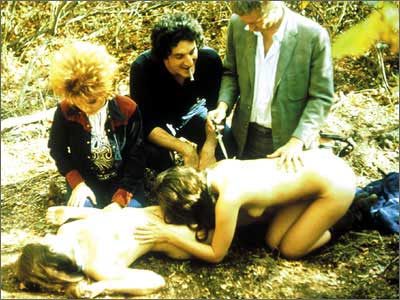