Are you the type of movie goer who watched a film and then tells yourself that you could do it better? If you are, this article is custom fit just for you. We have compiled a list of horror movies that span the decades. It was almost impossible to limit this list to only ten movies, but through careful consideration, we’ve made a collection of horror flicks from the 1930’s, 1940’s, 1950’s, 1960’s, 1970’s, and 1980’s. WHY should these ten fright favorites get the old reboot? That is the questions that we are going to answer today. 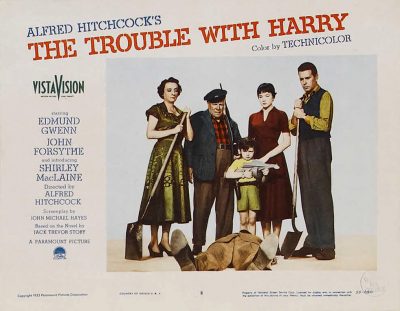 The trouble with Harry is that he’s dead, and everyone seems to have a different idea of what needs to be done with his body

WHY? When you think Alfred Hitchcock, you think Psycho, The Birds, Rear Window, and North by Northwest. You don’t think about The Trouble with Harry, not really. The trouble with The Trouble with Harry is there’s not enough horror. It’s a fine movie, but when I watch it, I often become an armchair director and point out what I would have done differently. I think a remake with a much darker tone is screaming to be done. 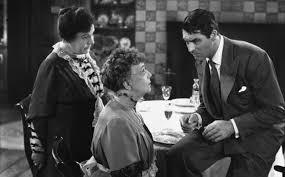 A drama critic learns on his wedding day that his beloved maiden aunts are homicidal maniacs, and that insanity runs in his family.

WHY? Here’s a movie that if redone correctly could be so twisted and disturbing. Imagine the possibilities with two sweet old ladies chopping up bodies and hiding body parts around the house and all this before tea time. The most unlikely of suspects for a new torture gore film. 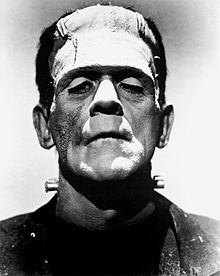 Henry Frankenstein is a brilliant scientist who has been conducting experiments on the re-animation of lifeless bodies. He has conducted experiments on small animals and is now ready to create life in a man he has assembled from body parts he has been collecting from various sites such as graveyards or the gallows. His fiancée Elizabeth and friend Victor Moritz are worried about his health as he spends far too many hours in his laboratory on his experiments. He’s successful and the creature he’s made come to life is gentle but clearly afraid of fire. Henry’s father, Baron Frankenstein, bring his son to his senses and Henry agrees that the monster should be humanely destroyed. Before they can do so however, the monster escapes and in its innocence, kills a little girl. The villagers rise up intent on destroying the murdering creature. 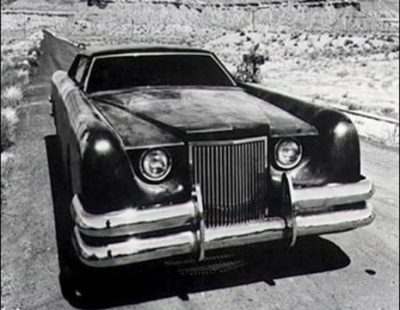 A sleek, possessed black car terrorizes everyone it comes in contact with in a small town in Utah.

WHY? The original starred James Brolin. How cool would a remake be starring Josh Brolin. It would have to be the same model car and the same killer horn… that is something that I wouldn’t dare to change. 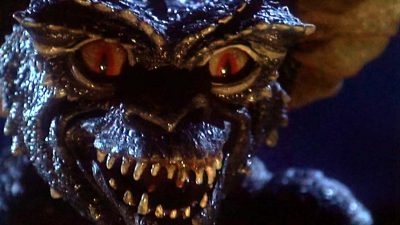 A boy inadvertently breaks 3 important rules concerning his new pet and unleashes a horde of malevolently mischievous monsters on a small town.

WHY? I absolutely adore Gizmo, the fluffy Mogwai. I wouldn’t dream of trying to remake a classic. However, I would be thrilled to see a darker Gremlins movie. Something along the lines of Twilight Zone: Nightmare at 20,000 feet, but with more Gremlins and more planes. It would be absolutely terrifying. 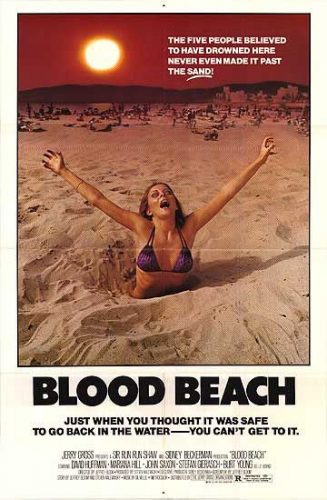 Something or someone is attacking people one by one on the beach. Some of them are mutilated, but most of them are sucked into the sand, disappearing without a trace. What is the creature responsible? Where does it live, and where did it come from? And is there any chance of it reproducing? Meanwhile, David Huffman and Mariana Hill are once-almost-married old friends, reunited over the death of her mother on the beach, and searching for clues in the abandoned buildings where they used to play when they were young.

WHY? It’s one of those 80’s horror flicks that I discovered on VHS at the local corner video store. There were lots of those. I always really liked this one, and every time that I went on vacation to the beach with my parents, I pictured getting sucked into the sand. Apply today’s CGI and FX together with a Baywatch looking cast and you got yourself a new cool summer gore-buster. 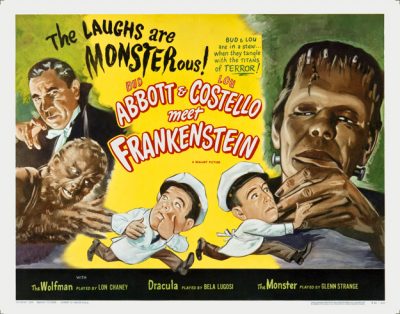 WHY? Concept only! Obviously, we’re not going to see Abbott and Costello resurrected from the grave. However, a horror comedy collaboration of this type is long overdue. Let’s take two modern comedy guys and mash it up with a modern day monster, and bingo! Jay and Silent Bob meet Freddy Krueger? Harold and Kumar go to Camp Crystal Lake? You get it.

Farmer Vincent kidnaps travelers and buries them — alive — in his garden, fattens them up and harvests them to use in his famous fritters!

WHY? Oh, those heads in those bags… and that gurgle. That gurgle was haunting. It’s another early 80’s flick that could have done so much more. Focus on a motel full of patrons disappearing one by one, just to become Farmer Vincent’s fritters… and a classic is reborn. 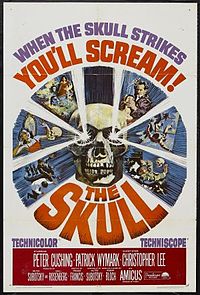 The Skull (from a story by Robert Bloch, author of Psycho) is a fearsome, finely acted and moody tale of Gothic horror. The skull of the Marquis de Sade has been taken from its grave, bringing terror to those who own it. Demonologist Christopher Maitland (Peter Cushing) is eager to add the piece to his occult collection. Despite the warnings of a friend (Christopher Lee), he’s got to have it. And does he ever get it.

WHY? It’s easy to have your villain be a Michael Myers or Pinhead, but a floating skull takes some creativity. I remember it being such an ominous image, just seeing that skull coming at you. I think the right director could breath some fresh new death into this Gothic tale. 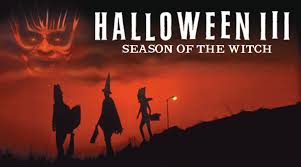 WHY? I’ve had this conversation with many horror fans throughout the decades. Halloween III: Season of the Witch gets a raw deal just because it’s lumped into the Halloween franchise. I argue that this misunderstood masterpiece would make a horror terrific stand alone film. I think now more than ever it’s prime time for a remake. You can mess around with a lot of elements but don’t touch the Silver Shamrock jingle. That is one thing that simply must remain untouched. I liked the original masks but I wouldn’t be against an upgrade. Actually, if you want to have one of those masks as the iconic Michael Myers mask, that would be an interesting connection and great visual. I must request one more thing, exploding heads! It must have lots of exploding heads. The jingle hits the television screens and POP! 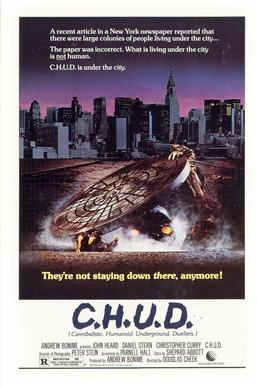 A bizarre series of sudden disappearances on the streets of New York City seems to point toward something unsavory living in the sewers.
WHY? Why the hell not!

Since 2009, we have produced quality independent films with top talent here in Rhode Island, through our production company Woodhaven Productions. In total Woodhaven has produced five feature films, each with worldwide distribution. Our most recent feature, Almost Mercy is currently available on Netflix, iTunes, Amazon, xBox, Google Play and VOD.

In 2014, we founded Woodhaven Media to bring our experience producing feature films to a wide range of projects and services, including commercials and web videos, music videos, short films and trailers, documentaries, and creative corporate videos.

As filmmakers first and foremost, we bring the artistry and craft learned from years of independent production to all our projects, whether it’s a film, a product informational video, a Kickstarter trailer, or a music video. In addition, we know all the tricks of the trade needed to get the best results on a limited budget, and have a top of the line production and post-production package to meet your needs. Our rolodex includes all the top talent in the area, so we can bring the best actors and crew to your project or even bring in one of the many celebrities we’ve worked with for your film or commercial.